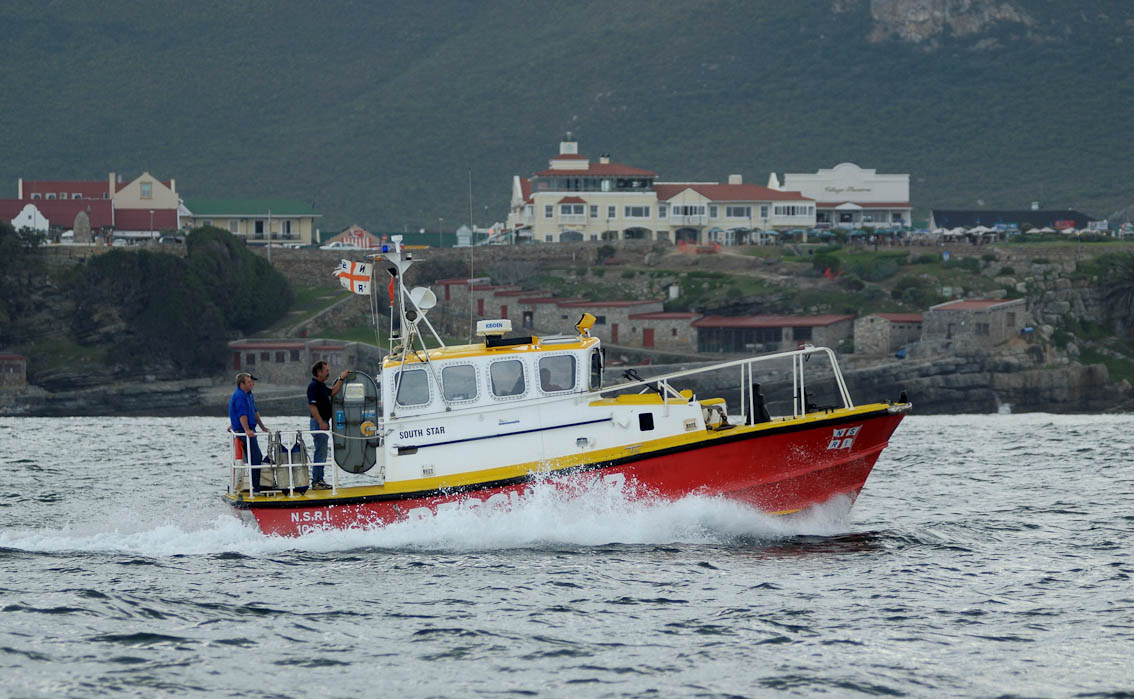 Hermanus – 26 April, 2011: Dolphin rescued and man assisted after being swept off harbor breakwater:

At 08:48 members of the public informed NSRI Hermanus that a baby dolphin was in trouble on Grotto beach. NSRI Hermanus volunteers were called out and found a 1 meter baby dolphin in the shallow surf, disorientated and alone but otherwise appearing to be healthy.

Our sea rescue volunteers began a shore based look-out search for the main school of Dolphins with the idea that the baby dolphin could be reunited with its school. But there was no sign of the school.

Sea Rescue volunteers brought the dolphin, still at a suckling age, to a local shark research center where it was placed in a tank in the care of a vet, while our volunteers continued a search for the main school.

Then at 11h10 our sea rescue volunteers responded to the harbor where there were reports of a man swept off the breakwater. While responding to the scene a local NSRI coast watcher reported sighting the school of dolphins out to sea.
Bystanders had rescued the 51 year old man from the water. He was not injured, the brother of an NSRI Hermanus volunteer, he had been walking on the breakwater where a wave swept him off the edge.

Our sea rescue boat, Hunters Gold Rescuer, was launched and the dolphin was put on board and taken to deeper water where it was released amongst the school of dolphins.