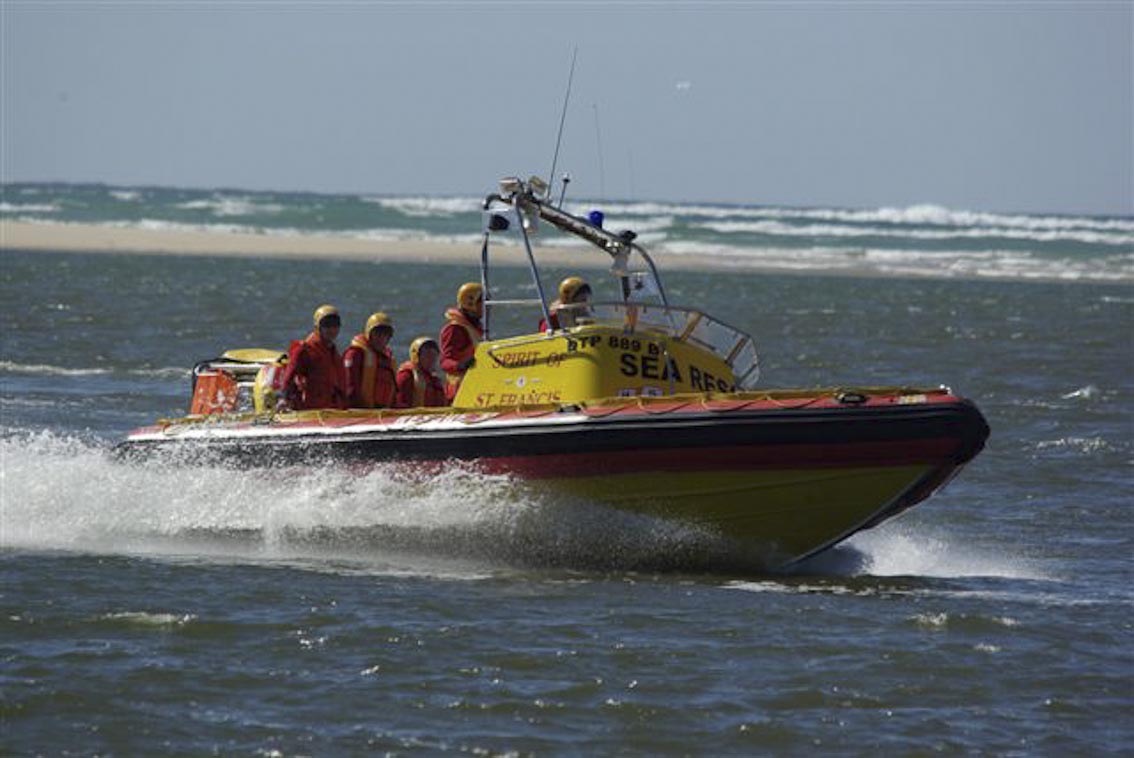 At 08h32 NSRI Witsand were called out after eye-witness reports of a ski-boat in difficulties at “The Bar” in the mouth of the Breede River.

Our Sea Rescue boat ‘Falcon Rescuer’ was launched and on arrival a father and son, from Klawer, Neil Du Toit, 40, and his son Dion,11, were found in the Bay, safe on their ski-boat ‘Thast’.

According to Neil they had engine failure as they left the river mouth. They had managed to restart one motor and get out of the 2 meter swell before heading to the safety of open waters in the Bay.

‘Thast’ was left at anchor in the safety of the Bay and we brought the father and son to shore. Later in the afternoon we launched our rescue craft ‘Queenie Payne’ and towed their boat to shore.

The NSRI are warning boaters in the Witsand area in the vicinity of the Breede River Mouth that “The Bar” is currently extremely shallow presenting a hazard to boats entering and exiting the Breede River. A wide berth around it is advised.
Of particular concern is the current school vacation which has seen a lot of holiday makers with boats to the area who may not be that familiar with local conditions and local Maritime hazards.