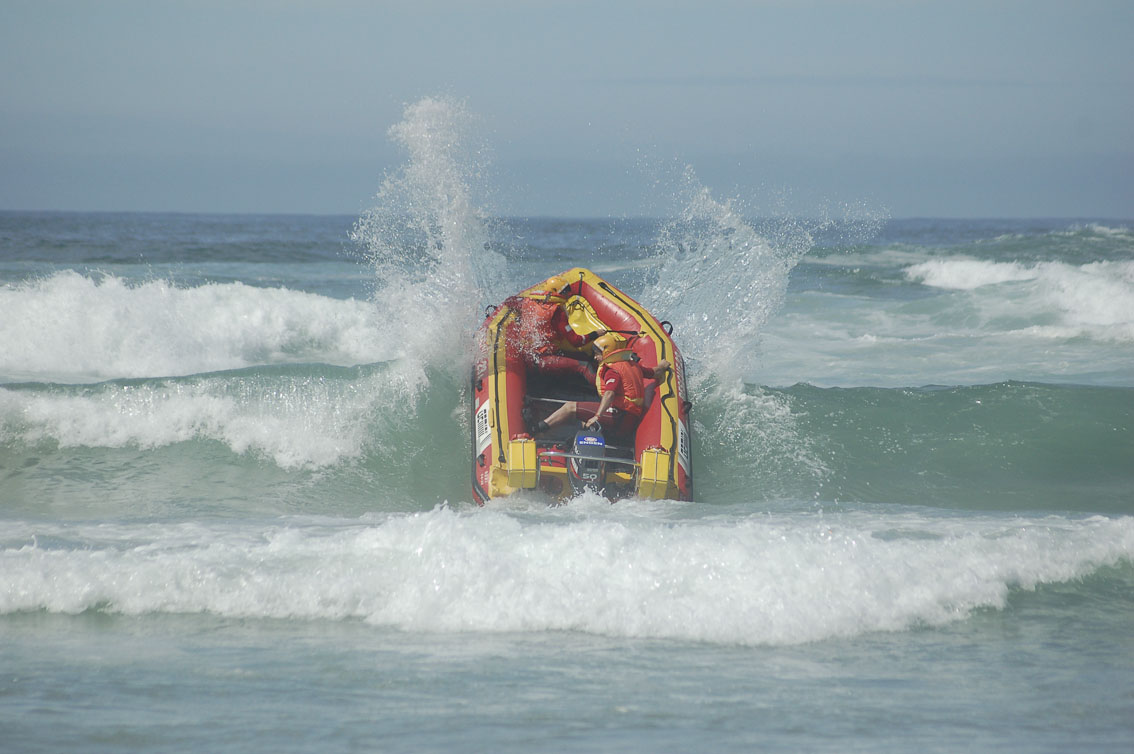 At 14h31 NSRI Wilderness, the SA Police Service and George Fire and Rescue Services were called out following reports from an eye-witness of a boat capsized at the Keimans River Mouth near Wilderness.

We launched our sea rescue craft ‘Serendipity’ and the Police, Fire and Rescue Services, an ER-24 ambulance and NSRI volunteer rescue swimmers responded to the scene.

On arrival on-scene it was found that a 4 metre ski-boat had capsized in the surf with 3 men on-board. A crewman, Francois Kleyn, had managed to swim to safety and he was found on the beach with no injuries. Serendipity rescued the skipper, Charles Steyn, and a crewman, Deon, who were found clinging onto the upturned hull of the capsized boat in the surf in the river mouth.

Deon was not able to swim and the skipper was found to be assisting him to hang onto the side of the boat.

They were both brought ashore where Deon was treated for a leg injury, hypothermia and suffering near drowning symptoms. He was transported to hospital by an ER-24 ambulance in a stable condition. The skipper was not injured.

Our NSRI volunteers righted the capsized boat in the surf and their boat was brought ashore where the owners will recover the boat from the beach.

All 3 men are from George and they had launched to go fishing.