Port Elizabeth’s Brede, “Spirit of Toft” is off to Durban for a complete refit with the help of Sea Rescue’s friends.

Safmarine has kindly sponsored Toft’s trip from PE to Durban (It’s not the first time that Safmarine has helped transporting a Brede between ports for us).

The PE Harbour Stevedores secured her to the flat rack for transportation and USS Crane Hire provided a crane and rigger to carefully lift her into position.

Special thanks  to Andy Connell and Norman Thomson from Dole for putting this all together for us – they are becoming experts in moving the PE rescue boats around the country.

Operations Director Allan Cramb says, “ The refit will take about five months and is a total refit. Electrics, paint … the lot. She will come out the other end as good as new.”

While Toft is being done up in Durban Station 6 will have ‘ Eikos Rescuer IV’, their 7.3 metre and the 4.2 metre “ Boardwalk Rescuer on stand-by. If a deep sea rescue vessel is needed, in an emergency, they are able to call on the MCM Coastal Patrol Vessel.

“Spirit of Toft”, named after the late Tommy Toft who was instrumental in raising the funds for her purchase, came from the RNLI and was a relief vessel until 1997. She has served the NSRI for the past 12 years, based in PE, and now it is time for her to get a complete refit.

“ She is a great rescue boat and has been involved in a number of hair raising rescues during her time in PE. We have no doubt that this investment in the boat will extend her lifespan by at least another 10 years and improve her already impressive capabilities, we can’t wait to get her back,” said Port Elizabeth Station commander Ian Gray. 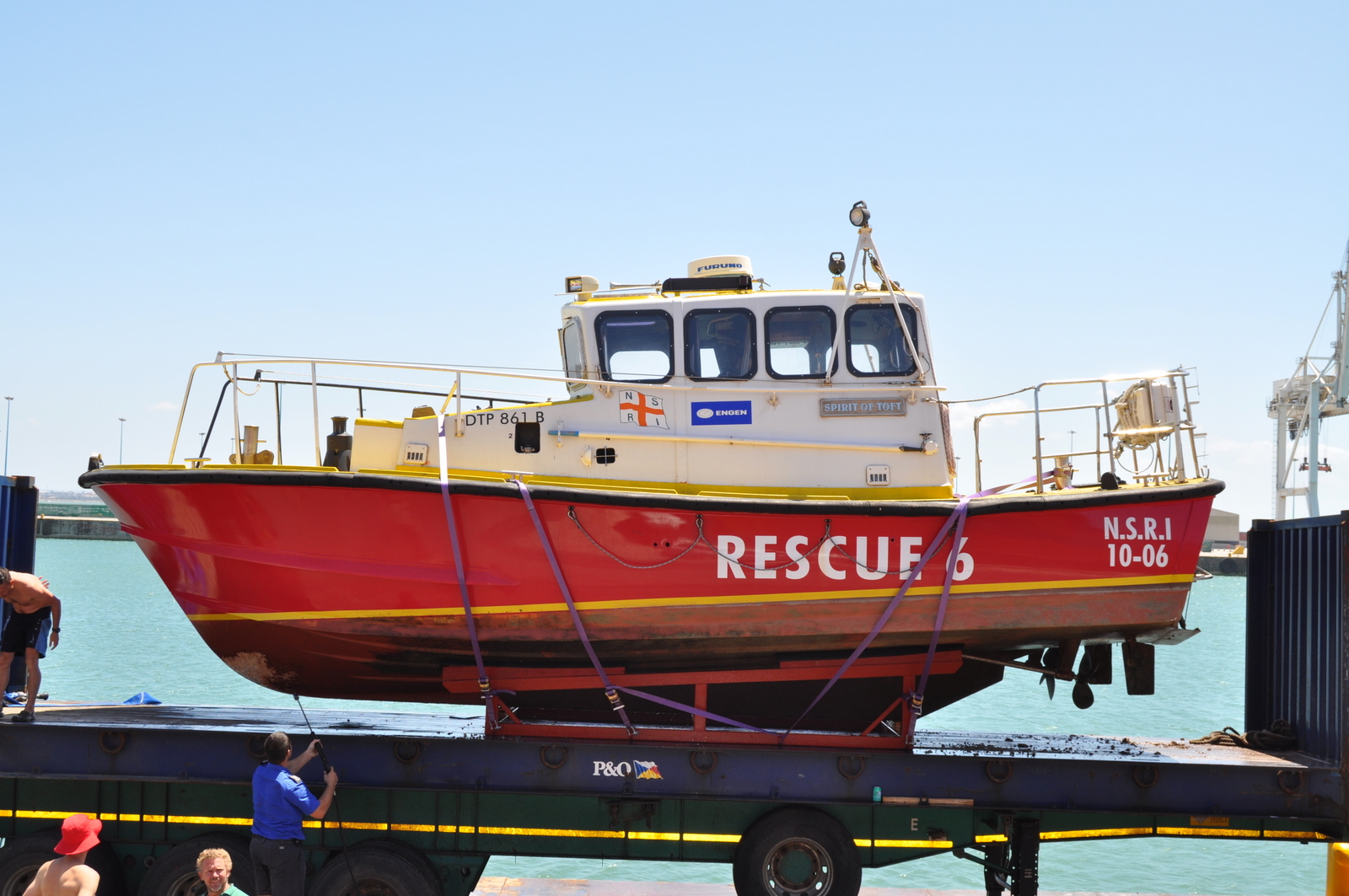