At 20h11 (28/01) Sea Rescue Plettenberg Bay volunteers were called out to evacuate a man from a trawler. The crewman had injured his left hand in machinery and needed urgent medical assistance.
The fishing trawler Emanuel reported that they were18 nautical miles South East of Plettenberg Bay and making her way at best speed towards Plettenberg Bay.

We launched our rescue craft – Ian Hepburn and rendezvoused with the casualty boat 10 nautical miles South East of Plettenberg Bay.

Our NSRI medics went aboard the vessel and stabilised the patient before transferring him onto our rescue craft. He was taken to our rescue base in Plettenberg Bay before being transported to hospital in a stable condition for surgery on his hand.

At 15h24 (29/01) NSRI Plettenberg Bay volunteers were called out following reports of a boat capsized in the Keurbooms River mouth.

NSRI volunteers who were on the river at the time in their private boats responded to the scene and arrived within minutes. The boats engines had stalled and it had then had flooded, but had not capsized. It was taken under tow by one of our NSRI crewman’s private boat and the casualty boat and her crew were safely towed to a mooring on the river. 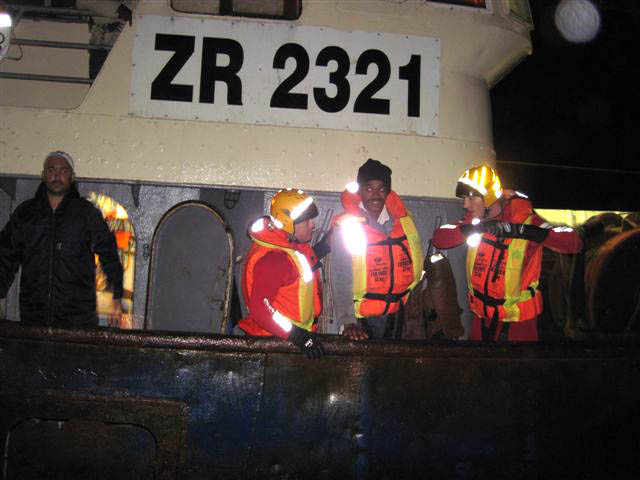 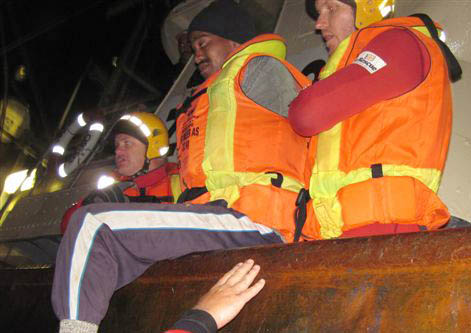