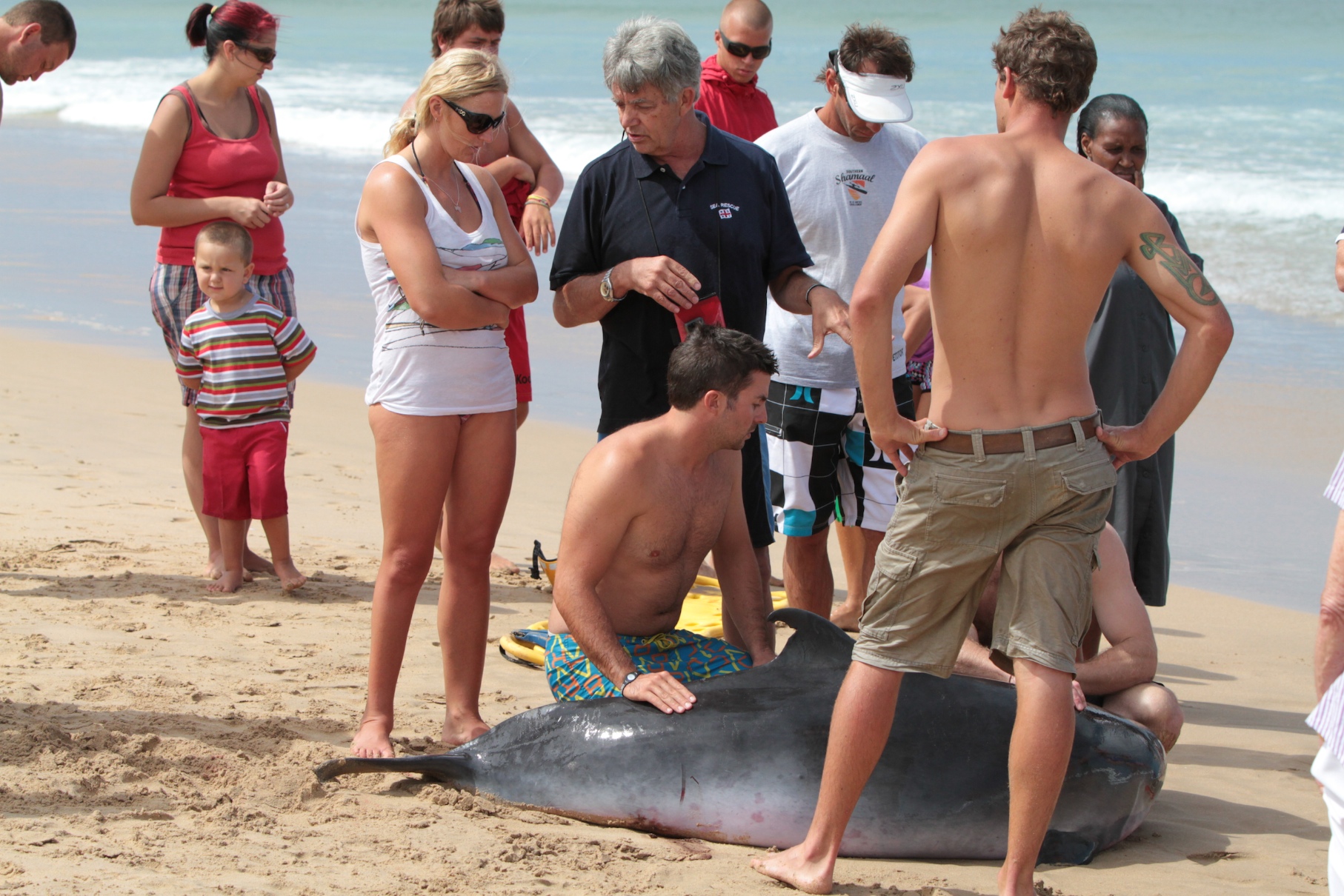 At 14h16 (16/01) NSRI Plettenberg Bay volunteers were called out after we received a call for assistance from residents on Solar Beach, Robberg,  reporting an adult female Pygmy Sperm Whales and her calf beached.

On our arrival we found bystanders attempting to get the 2 metre adult whale and the 1.6 metre calf that were beached into the sea.

After numerous attempts both whales were returned to the sea by our NSRI Plettenberg Bay volunteers with considerable help from the public, and both appear to have swum off strongly.

The beaches continued to be monitored, by our NSRI volunteers and by lifeguards on duty on the beaches, in the early evening, a calf was reported beached at Robberg.
Fearing it was the same calf we responded to the scene to find a calf Pygmy Sperm Whale beached but it was confirmed to not be the same one we dealt with earlier in the day.

This whale was also returned to the sea after a few attempts and appeared to swim away confidently.

All 3 whales appeared to be healthy although all displayed minor lacerations on their torso which we suspect were possibly caused when they beached.
The people who assisted with these whale rescues are commended for their considerable efforts. 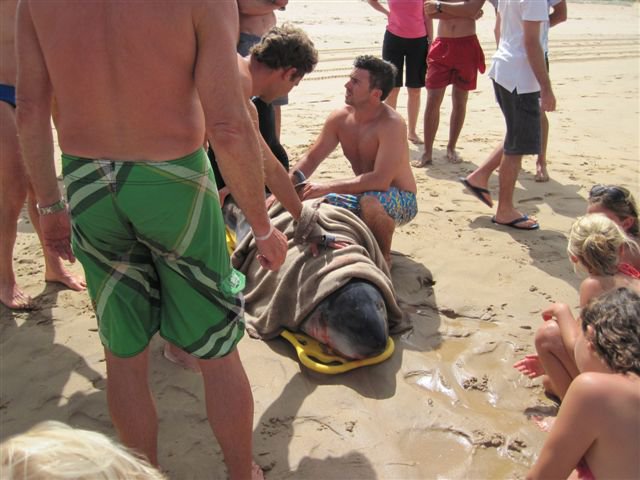 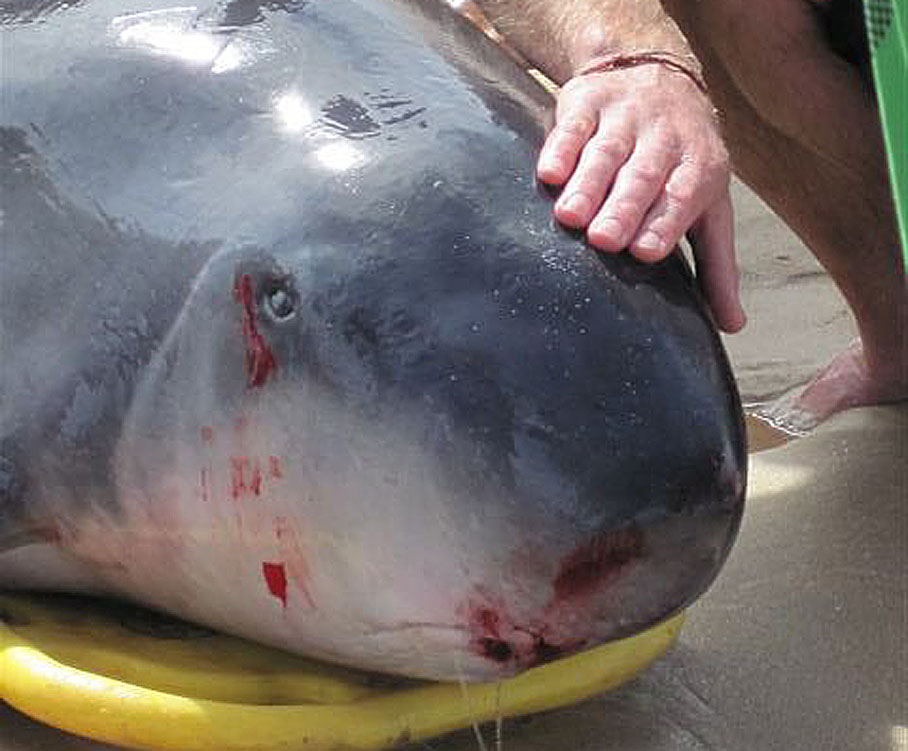