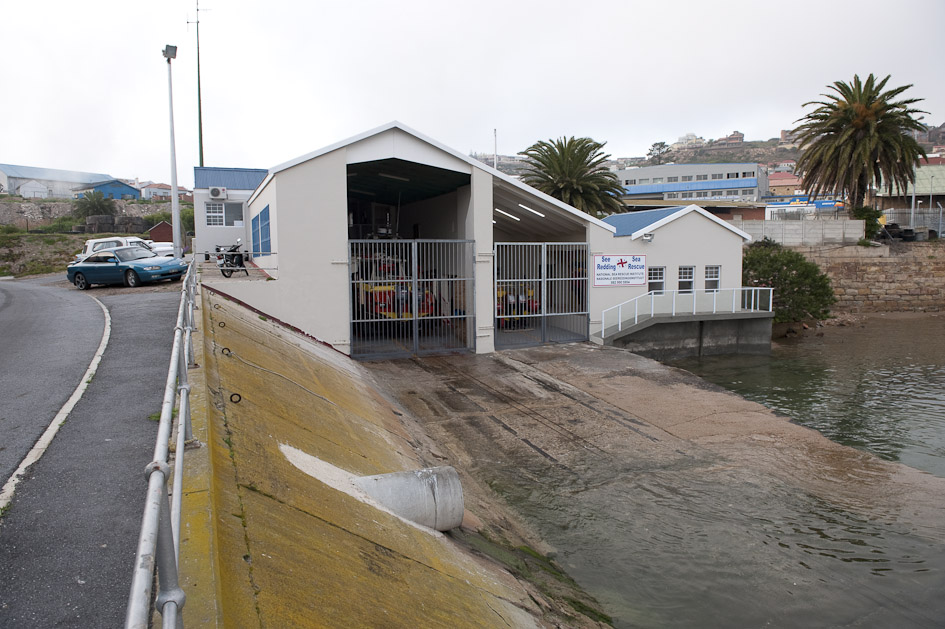 At 19h40 NSRI Mossel Bay were called out following frantic calls from a crewman onboard the 5.5 metre ski-boat Amigo reporting their boat to be taking water, sinking and at risk of capsizing off Hartenbos, near Mossel Bay.

A hole in their boat indicated that they may have hit a semi-submerged object or a rock while they were off Hartenbos and their boat had rapidly filled with water and threatened to capsize.
The skipper managed to keep his boat underway, which helped to drain the water and prevent their boat from sinking or capsizing, while calling out the NSRI and a friend who they knew was on the water in another boat nearby.

We launched our sea rescue boat and met the casualty boat being escorted towards shore by one of their friends. The skipper of Amigo ran his boat onto the beach at Santos to prevent it from sinking.

We stood by on-scene while their boat was recovered. None of the 3 crew, all locals, a father, son and friend were injured.