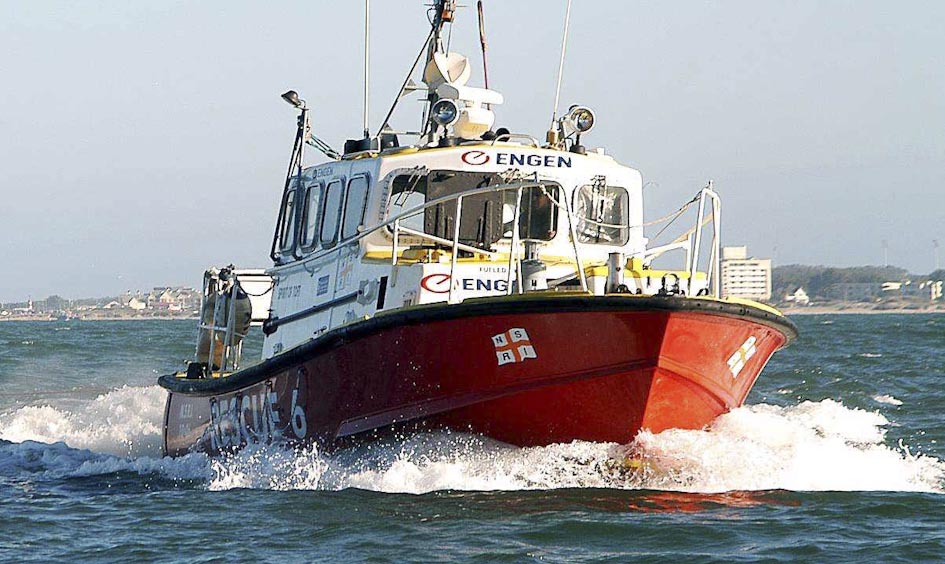 They reported that a 40 year old male deckhand, from Mitchell’s Plain, had been struck by a crayfish net anchor, 17 nautical miles South of Port Elizabeth.

The ship’s Captain had altered course and was heading towards Port Elizabeth when NSRI Port Elizabeth volunteers launched our sea rescue craft Eikos Rescuer IV and rendezvoused with the trawler 7.5 nautical miles South of Cape Recife in 23 knot Southerly winds and 1.5 to 2.5 metre swells.

NSRI medics were put aboard the trawler and the deckhand was found in the same place where he had fallen, after being struck by the crayfish net anchor. The Captain had instructed that the patient not be moved, prior to the NSRI’s arrival, for fear of increasing the degree of his injury. His fellow crew were treating him for shock and limiting his movement to prevent further injury.

The patient had a suspected shoulder fracture and a suspected forearm fracture. He was stabilised on deck by NSRI medics who also took the precaution of securing the patients cervical spine by immobilising him onto a stokes basket stretcher before transferring him onto our sea rescue craft.

On arrival at our sea rescue base the patient was handed into the care of Guardmed ambulance services and transported to hospital in a serious but stable condition.

The Captain and his crew, of Ibahy, can be commended for their professional and effective conduct in dealing with this emergency and for the care they displayed in the treatment of their fellow crewman.