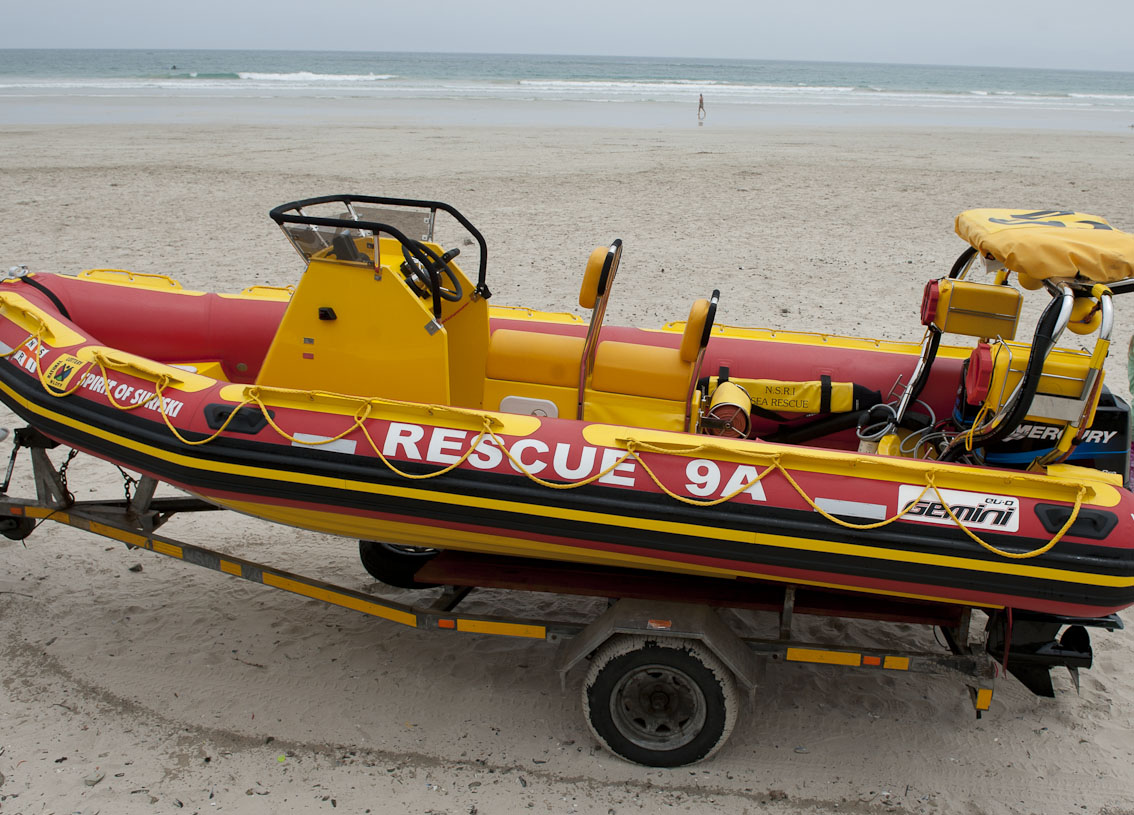 At 15h52 NSRI Gordon’s Bay were called out following a report of a drowning in progress at Strand Beach, in front of Topaz. While responding to the scene it was confirmed that a mother and her child had been rescued from the surf by lifeguards and both were transported to hospital by ambulance in stable conditions for observation for secondary drowning.

At 16h10 a report was received of another drowning in progress at the same beach.

NSRI Gordon’s Bay launched a rescue craft and NSRI sea rescue vehicle, Metro EMS, Metro Red Cross AMS helicopter, the SA Police Service, a Police Dive unit and lifeguards launched an extensive, air, sea and shore search operation for a 38 year old man, missing in the surf. During the search, two members of the public, swimming further along the beachfront, discovered the body that had washed up against them while they were swimming. They swam the body towards the shore where it was recovered by Police divers.

It is suspected that a strong rip current, detected in the search area, during the search, by rescue swimmers and police divers, may have caused both incidents.