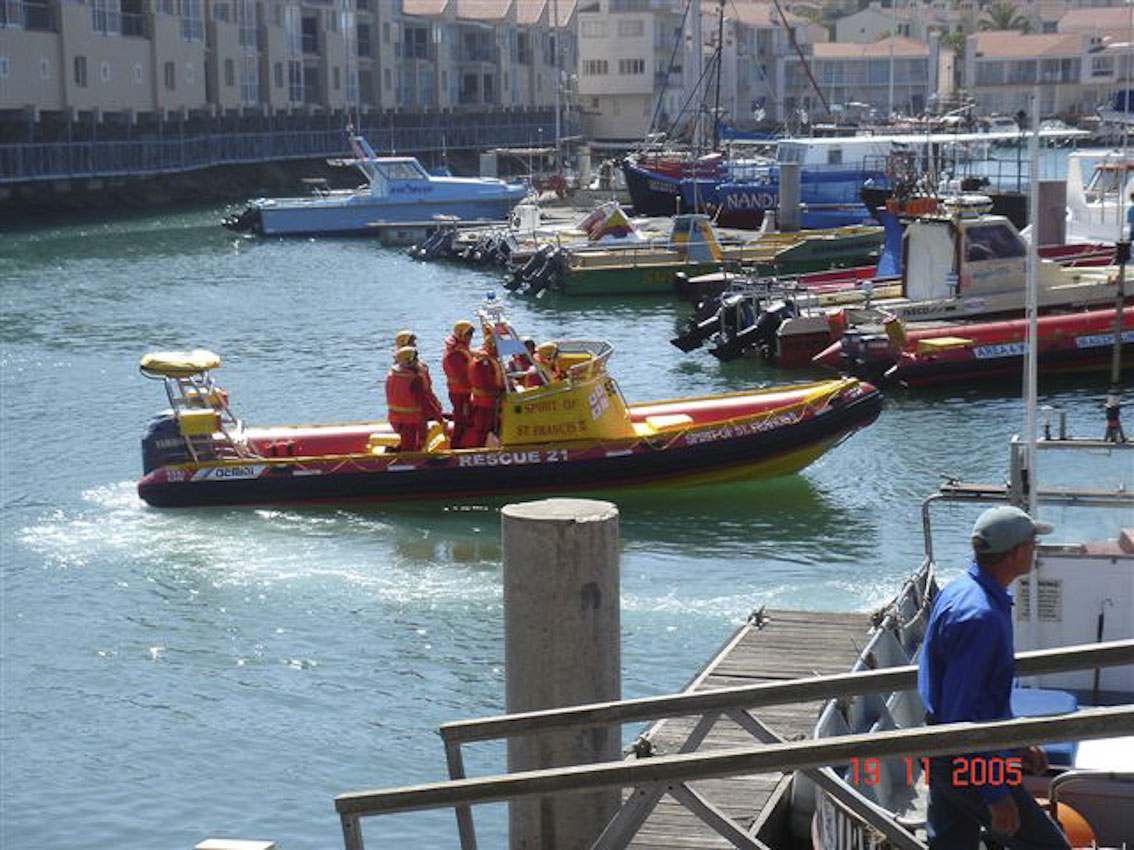 On the 26th at around 12h58, NSRI St Francis Bay responded to Jeffries Bay following reports of a rubber-duck capsized in the surf with 5 persons on-board.
On arrival on-scene all 5 people, all from Johannesburg, were found safely ashore and not injured.
It appears the boat had capsized while returning through the surf to the beach.

At 18h50, NSRI St Francis Bay volunteers responded to eye-witness reports of a red distress flare deployed at sea.
An extensive sea and shore search, until midnight, revealed no sign of anyone in difficulty and by the morning of the 27th no reports of anyone overdue or missing had been received.
The red distress flare activation is being treated as suspicious.

On the morning of the 27th, at around 06h30, a ski-boat with 7 people onboard, all from Johannesburg, capsized in the surf while launching to go to sea at Jeffries Bay.
On the NSRI St Francis Bay’s arrival on-scene all 7 persons were found safely ashore and not injured and their boat was recovered.