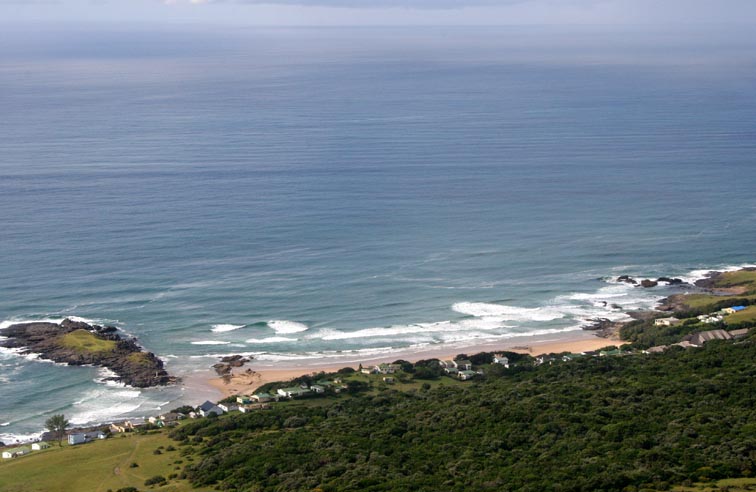 On Monday 13 December 16h20 NSRI East London volunteers were activated following reports of a child and her mother in difficulty in the surf at 1 Mile Beach, Mazeppa Bay, on the Transkei Coast.

Two helicopters from private company AV 8 were dispatched to the scene from East London and the SA Police Services also responded.

The mother and her two girls, aged 10 and 13, were on the beach together when her 13 year old daughter was swept out to sea while wading in knee deep water. The mother rescued her daughter and then got into difficulty herself.

The the beach was practically empty and no one had noticed the incident taking place.

While the 13 year old stayed on the beach to look out for her mother, the 10 year old ran to the closest house to raise the alarm.
The Mazeppa Bay hotel management were alerted and holiday makers, residents of Mazeppa Bay and staff of the hotel raced to the scene after Sea Rescue was called.

The 13 year old was found on the beach in a state of shock and there was no sign of the mother.

The first AV 8 helicopter on scene started searching and the mother was found washed up on the beach. A NSRI medic confirmed that the woman was dead.

The children are being looked after by their stepfather.