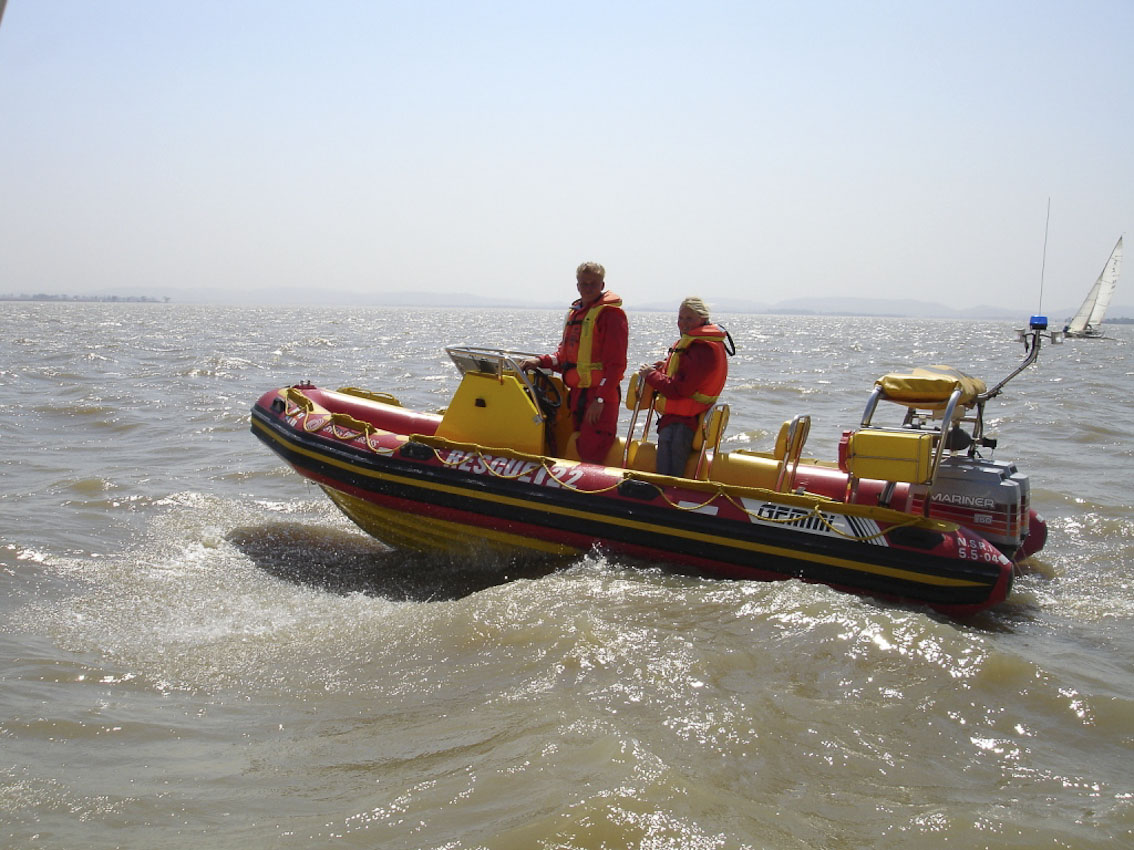 At 18h06 NSRI Vaal Dam were activated following reports of two young men swept down river on a tractor tube.

The two men, Brad Edwards, 22, and Geoff Thompson, 21, both from Germiston, on a day trip to the Vaal, launched a tractor tyre tube onto the river, not wearing life-jackets, thinking the water was calm enough, but shortly after launching, from below the Gauteng/Free State bridge, at Willow Rapids, on reaching the Weir, 1 kilometre downstream, they were both washed over the Weir and caught in an Eddie that trapped them in the water.
Recent flood conditions contributed to their predicament.

The Department of Water Affairs was contacted to close the flood water sluice gates.

Approximately 2 kilometres further downstream the capsized boat came to a halt at a bend in the river and we caught up with them finding all to be safe and not harmed.

Extensive damage to Peet’s boat was caused by his effort to save the men.

Bradley Edwards has clarified the situation saying he and his friend Geoff were swept over the Weir 1 and got stuck in the churning water of the Eddy, which sucks back causing both men to get trapped.
At some point Bradley freed himself and got to shore but after not being able to find Geoff he went back into the water and again became trapped by the Eddy.

The boat that came to their rescue, owned by Peet Lizemore, capsized as it went over the Eddy but managed to get life buoys to both men and both men were able to reach the boat.
There were two people on the private boat which capsized. (not 3 as previously reported).

Now all 4 were hanging onto the boat, as it was swept down the rapids, and one managed to get to shore while the capsized boat was being swept down river.

The 3 remaining men, hanging onto the upturned boat, came to a halt a further 2 kilometres downstream.