Serving a small seaside community thirty kilometres north of Cape Town, this base has had a big impact on the entire NSRI organisation.

The very first official meeting of NSRI Station 18 was held on 23 July 1996, two years after a need for a rescue service in the area was identified. Previously, the nearest NSRI station was in the Waterfront in Cape Town Harbour, which lead to extremely long response times.

Rhine Barnes was chosen to be Station Commander and Allan Seini the Training Officer - both Rhine and Allan remained in these roles until Allan left the country to work overseas; Rhine stayed on as Station Commander until October 2019 when he stood down.

Initially, the station made use of vessels lent to them by community members who already owned boats, but eventually acquired its own 4.2m RIB named “Lady Coutts” (a donation from Coutts Bank in England), and today has a 6.5m RIB and a JetRIB.

Station 18 has pioneered many developments in the NSRI, such as the very first Task Books, a systematic approach to training and training requirements. Training courses or manuals which have since evolved, such as first aid, firefighting, outboard motors and control room operations, were written by or influenced by the station.

In 2017, NSRI Melkbosstrand once again influenced the organisation as a whole when it trained and launched the very first NSRI Lifeguards. The establishment of lifeguarding in the NSRI spread across the country and has since become a permanent component of the NSRI drowning prevention strategy.

“Over the past year we have responded to 45 call-outs,” says current Station Commander Hein Köhne, who has been with the NSRI since 2011. “During the windy summer months, we get frequent calls for kitesurfers in trouble. We tow the odd small vessel or sailing vessel. We also have a lot of bathers in summer, which means we are regularly called out to assist with drownings and injuries on the beaches, if the lifeguards need assistance.”

Hein, who leads a crew of 64, recounts one memorable rescue in 2014: “We responded to two fisherman in trouble between Elands Bay and Lamberts Bay. It was a challenging rescue: the weather conditions were poor, it was night-time, and we were in unfamiliar waters. However, we managed to rescue them in the early hours of the morning. The relief and gratitude I saw on their faces was indescribable; it's something I will not forget for as long as I live.” 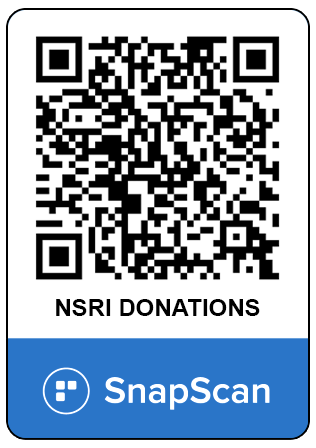 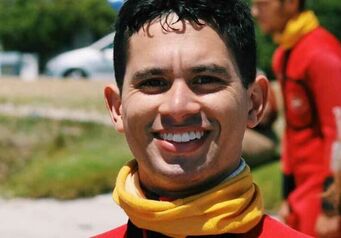 In the 16th of a series of stories on NSRI bases around the country, we chat to a few crew members at Station 18 (Melkbosstrand) to find out more about the base and its family of volunteers.