NSRI Gordons Bay were activated to 2 drowning in progress incidents this past week.

On Thursday, 17th October, at 12h56, a drowning incident was reported at Die Poort and NSRI Gordons Bay duty crew were activated.

Prior to arriving on the scene it was confirmed that a female bystander had rescued a female casualty from the surf.

NSRI arrived on the scene together with a lifeguard from the community swimming pool and Strand Neighbourhood Watch.

GB Med Security ambulance services were activated and their paramedics attended to the woman.

NSRI commend the lady who assisted in this incident.

At 13h53, Saturday, 19th October, a 14 year old girl got into difficulty in the surf at Deep Blue and NSRI Gordons Bay duty crew were activated.

A bystander, Marc Gleed, from the local boat racing community, saw the teenager in difficulty and he launched into the surf and swam after the teenager and was able to rescue her safely to shore.

NSRI Gordons Bay, Strand Neighbourhood Watch and GB Med Security ambulance services arrived on the scene and paramedics treated the teenager for non-fatal drowning symptoms and transported her by ambulance to hospital in a stable condition.

NSRI commend Marc Gleed for his swift actions in this incident.

Strand Surf Lifesaving lifeguards cleared swimmers from the surf at Deep Blue where strong rip currents had formed and bathers were ushered to swim between the lifeguard flags that were stationed further up the beach at a safe swimming area protected by lifeguards. All bathers complied with the safety request.

At 17h58, Friday, 18th October, NSRI Table Bay were alerted to investigate a report from our NSRI coast watcher in Sea Point who had noticed a man and a lady on a double kayak in unfavourable sea conditions off Queens Beach, Sea Point, and appearing to not be wearing life-jackets, concerns were raised for their safety.

NSRI Table Bay shore crew responded to investigate and were joined by NSRI Bakoven shore crew but sight of the paddlers had been lost.

At that stage additional eye-witnesses had also called NSRI reporting the couple, as a precaution, because they appeared to be paddling against heavy sea conditions. The eye-witnesses were concerned for their safety.

Following an ongoing shoreline and sea search and with the help of our coast watcher and the eye-witnesses the 2 paddlers were located off-shore of Sea Point and the sea rescue craft rendezvoused with them.

They agreed to catch a ride on the sea rescue craft to OPBC (Oceana Power Boat Club) accepting that in the failing light they may not make it back by nightfall paddling in the present sea conditions.

Once safely delivered to OPBC they required no further assistance.

NSRI commend the good intentions of those who raised concern for the couples safety.

The sea rescue craft Eileen Meadway was launched and on arrival on the scene we found the men to be safe and in no immediate danger.

A towline was rigged and we towed the casualty craft to Leisure Island without incident and once safely ashore no further assistance was required.

3 Men from Bellville are safe and not injured after their fishing catamaran ski-boat capsized near to Pikes Rock on the Western side of Dassen Island.

NSRI Yzerfontein were activated following a request for assistance from the 2 fishing boats and we launched the sea rescue craft Rotary Onwards.

On arrival on the scene we took over care of the casualty boat which we were able to right and drain of water and we towed the casualty boat to Yzerfontein harbour without incident and assisted the owners to recover their boat onto her trailer.

It appears they capsized in a shore break while fishing after sea conditions picked up during the early morning and they had been sitting on the upturned hull of their boat for about 20 minutes before being assisted by the 2 fishing boats.

NSRI commend the crews of the 2 fishing boats that rendered assistance on the scene. 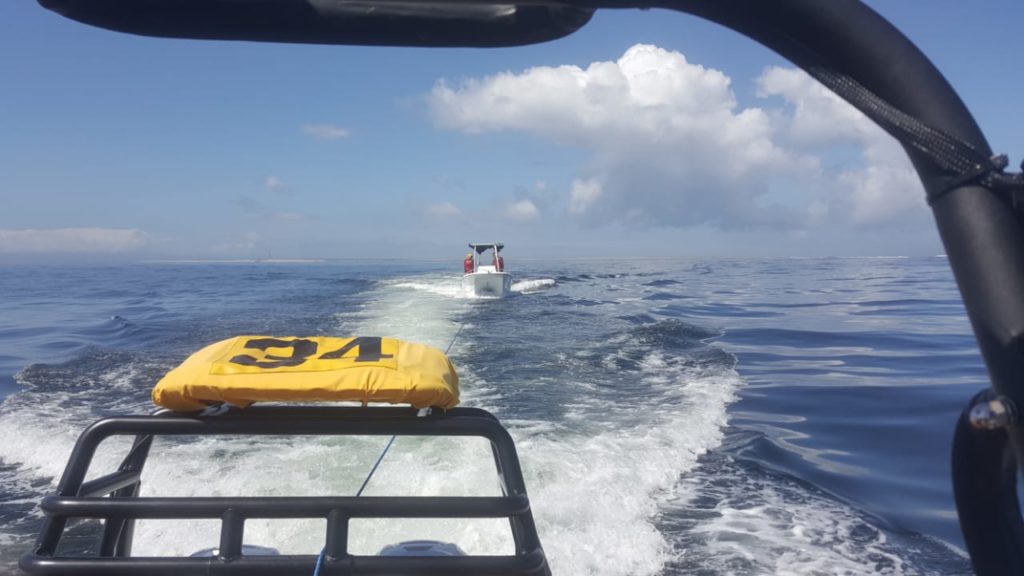 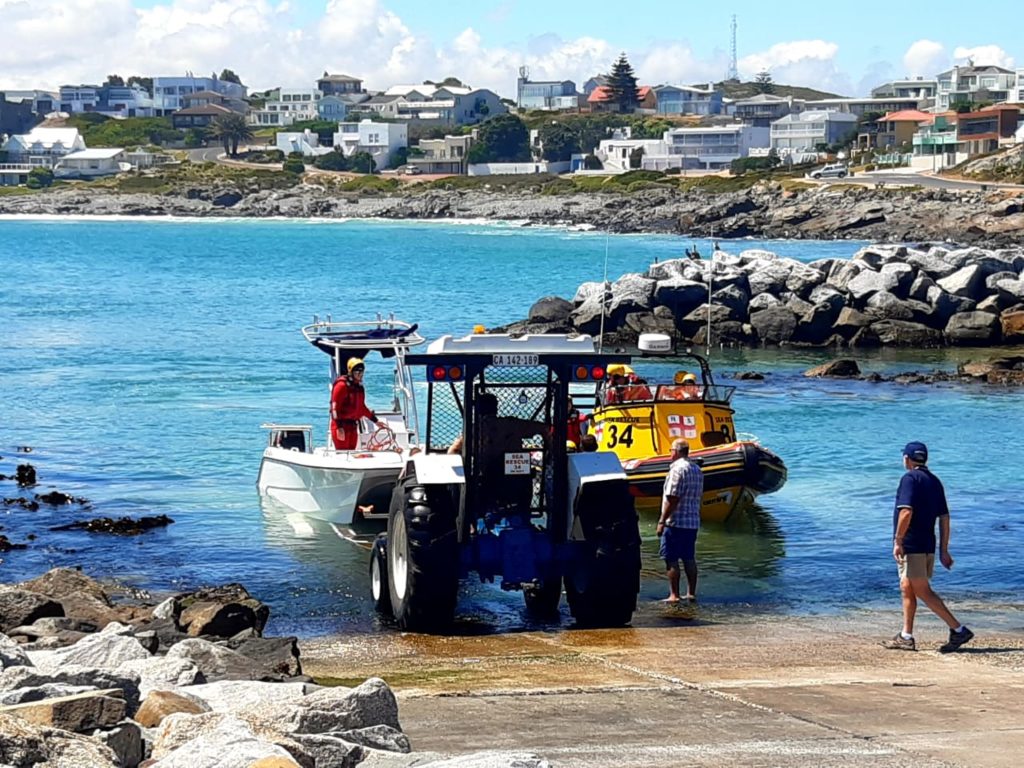