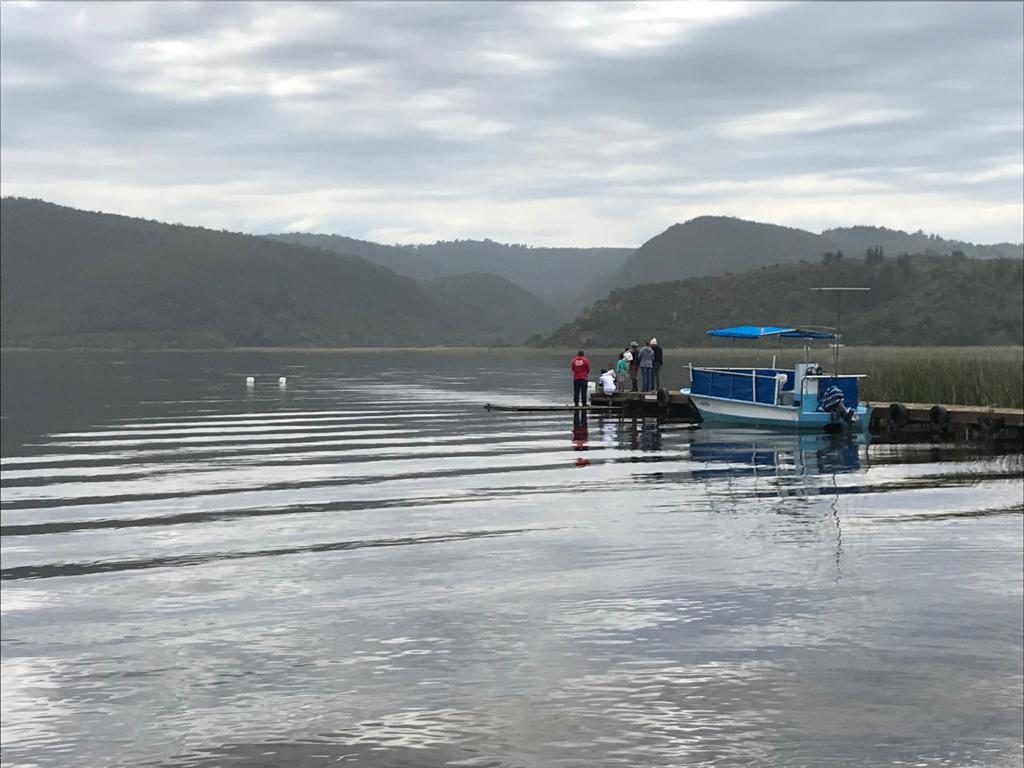 On our arrival on the scene we found bystander CPR (Cardio Pulmonary Resuscitation) was in progress on 17 year old Colin Prins, from Mossel Bay. NSRI medics and paramedics, assisted by GLYC (George Lakes Yacht Club) members and bystanders, continued with CPR. Sadly after extensive efforts to resuscitate the teenager were exhausted, he was declared deceased.

Colin, a member of Mossel Bay Yacht and Boat Club, had been at Island Lakes to take part in a yacht regatta that was postponed due to strong winds.  He was amongst a number of regatta participants who had gone for a swim in the Lake, while waiting to see if the regatta would resume later.  He appeared to get into difficulty and he disappeared under water.

Eye-witnesses raised the alarm and 2 GLYC safety boats were immediately deployed. Swimmers that were there at the time joined a search.

A swimmer who assisted in a water search is believed to be a former Navy diver and according to reports he located and recovered the teenager from underwater.  He was then rushed to shore aboard one of the GLYC safety boats where CPR was commenced.

GLYC, MBYBC, NSRI and the SA Police Services are supporting the family.

Condolences are conveyed to family, friends and the MBYBC team mates of Colin Prins.

Police have opened an inquest docket and the body of the deceased has been taken into the care of the Forensic Pathology Services.