The sea rescue craft Spirit of St Francis II was launched and on arrival on the scene, the kite-boarder, a local man aged in his early 50’s was found safe and unharmed ashore. He had abandoned his kite-board in big surf and swam to shore.

NSRI collected his board and kite using the sea rescue craft and brought it to shore and the experienced kite boarder required no further assistance.

At 16h52, Friday, 10th August, NSRI Mykonos duty crew were activated following reports of a kite boarder in difficulty off-shore of Lientjiesklip near to Donkergat.

NSRI Mykonos launched a sea rescue craft and on arrival on the scene, the local man aged in his 40’s was found safely ashore and unharmed after he managed to swim with his kite and board to shore after wind prevented him from getting his kite airborne.

The sea sea rescue craft Rescue 32 Bravo, a new sea rescue Jetski, was diverted from the exercise and NSRI towed the pleasure craft with her 55 year old Durban skipper onboard to her mooring on the river and once safely moored no further assistance was required.

On Saturday, 11th August, at 08h40, NSRI Hout Bay launched the sea rescue craft Nadine Gordimer and Albie Matthews, NSRI Kommetjie launched the sea rescue craft Il Batello and 2 NSRI sea rescue vehicles from NSRI Hout Bay and NSRI Kommetjie were activated with shore crew. The EMS/AMS Skymed rescue helicopter accompanied by a WC Government Health EMS rescue diver was activated and a search was conducted for a missing fishing boat reportedly with 3 local fishermen on board in the Bay of Hout Bay.

Concerned family had raised the alarm reporting that the fishing boat had been overdue since Friday night and the early hours of Saturday morning.

During a search operation it was later confirmed that the boat and 2 of the fishermen were accounted for and ashore and only one fishermen remained missing since Friday night.

Despite an extensive search no sign of the missing man has been found.

2 NSRI Hout Bay sea rescue craft, Nadine Gordimer and Albie Matthews, and a sea rescue vehicle patrolling along Chapmans Peak Drive, continued in an ongoing search operation but no sign of the missing fisherman has been found.

Also on Saturday, 11th August, NSRI Hout Bay towed a juvenile Humback Whale carcass, found floating in the Bay of Hout Bay, near to Tintswalo Lodge, to the Hout Bay harbour slipway where the City of Cape Town Waste Disposal unit will remove the whale carcass on Sunday, 12th August. 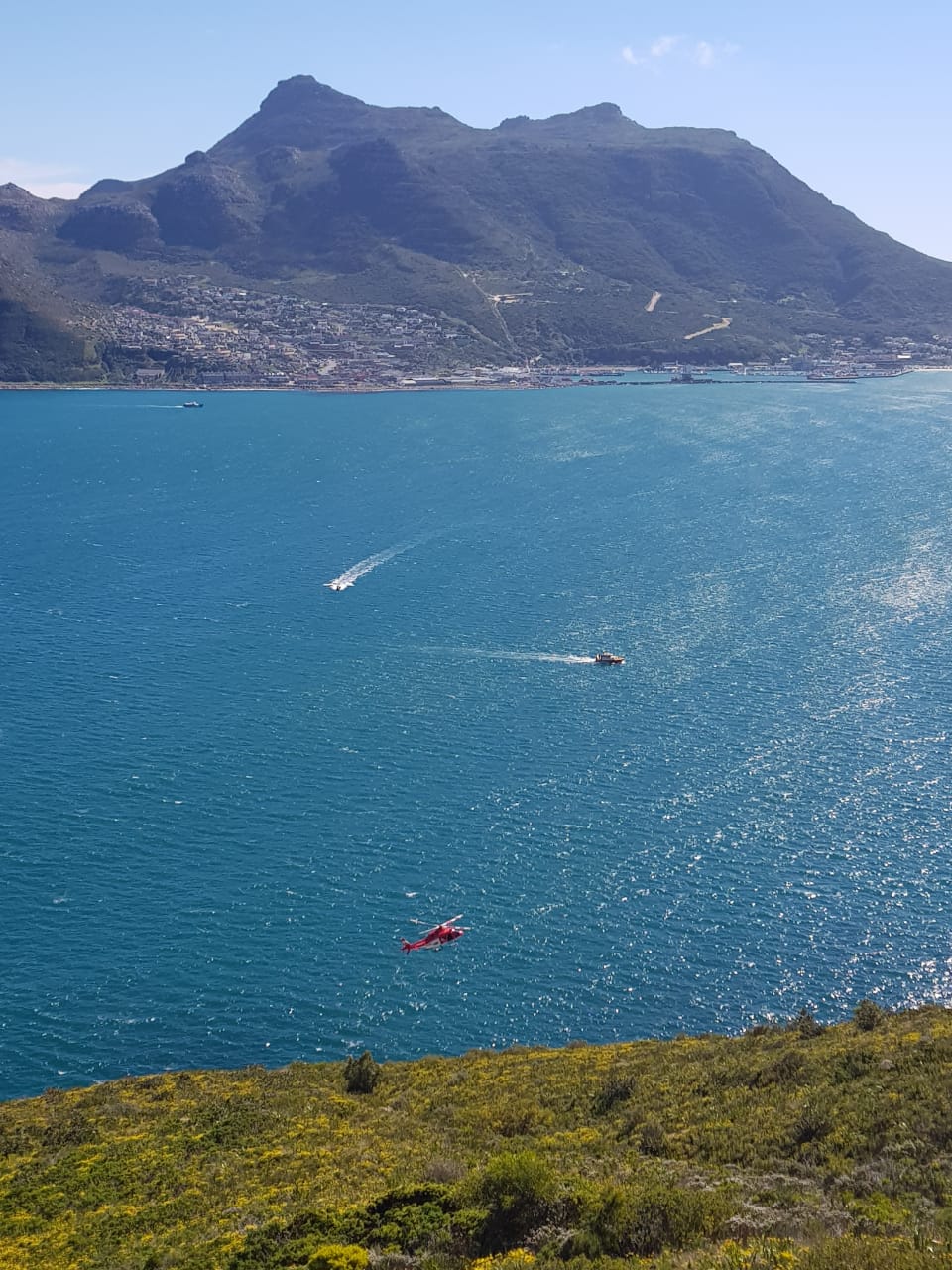