At 11h06, Friday, 10th August, NSRI Richards Bay duty crew were activated following a request for assistance from ICE Medical Rescue ambulance service reporting their paramedics to be on the scene at a yacht moored at Tuzi Gazi Marina, in the Port of Richards Bay, treating a male patient aged in his early 80’s, collapsed unconscious in his yacht, and requiring additional manpower to assist to get the patient out of the confined space of his yacht cabin.

Our sea rescue vehicle responded and on arrival on the scene we assisted ICE paramedics to get the patient out of the confined cabin.

It appears that the local man who lives on his yacht at the Marina had been found by friends earlier after they had been unable to contact him and they raised the alarm reporting him collapsed unconscious from unknown causes.

The man has been transported to hospital by ICE ambulance in a serious but stable condition. 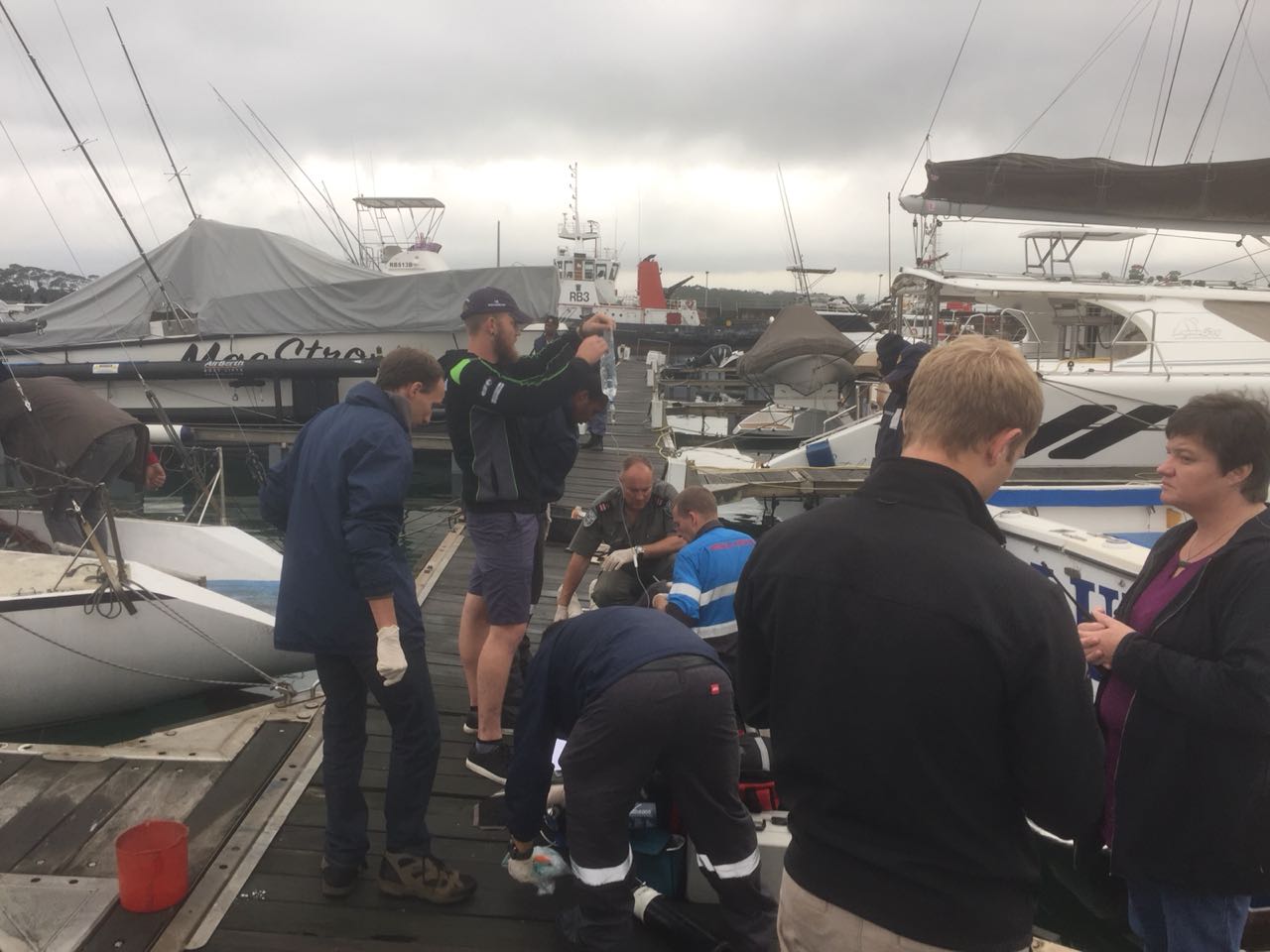