SEA RESCUE Ballito – Meercat crew safe but their boat was out of control.

At approximately 13h45 today, Thursday 09 August 2018, the duty crew from NSRI station 41 Ballito and SRU (Specialised Rescue Unit) Ballito were activated by Tongaat Skiboat Club after a 4.2m semi rigid fishing boat Meerkat experiencing mechanical failure when launching at Westbrook beach. The skipper and crew were ejected from the vessel in the surf.

“On arrival at the scene it was noted the the skipper and crew from the casualty craft had been assisted out the water by the local Lifeguards and members of the Tongaat Skiboat club and medically checked by Netcare 911 paramedics and that they had no injuries.

“However the kill switch on the craft had failed and the casualty craft was now under full power uncontrolled out at sea.”

“It appears that during the launch the craft was hit by a large wave causing the crew to be ejected from the craft. The skipper was ejected by the wave with such force that he ripped the steering from the craft.

“The crews from Station 41 and SRU launched their rescue craft and intercepted the out of control vessel approximately half a nautical mile off shore and manage to get the craft under control.

“The casualty craft was then beached by one of our Station 41 Sea Rescue crew using emergency steering.

“After beaching the craft was recovered onto the trailer and no futher asistance was required.” 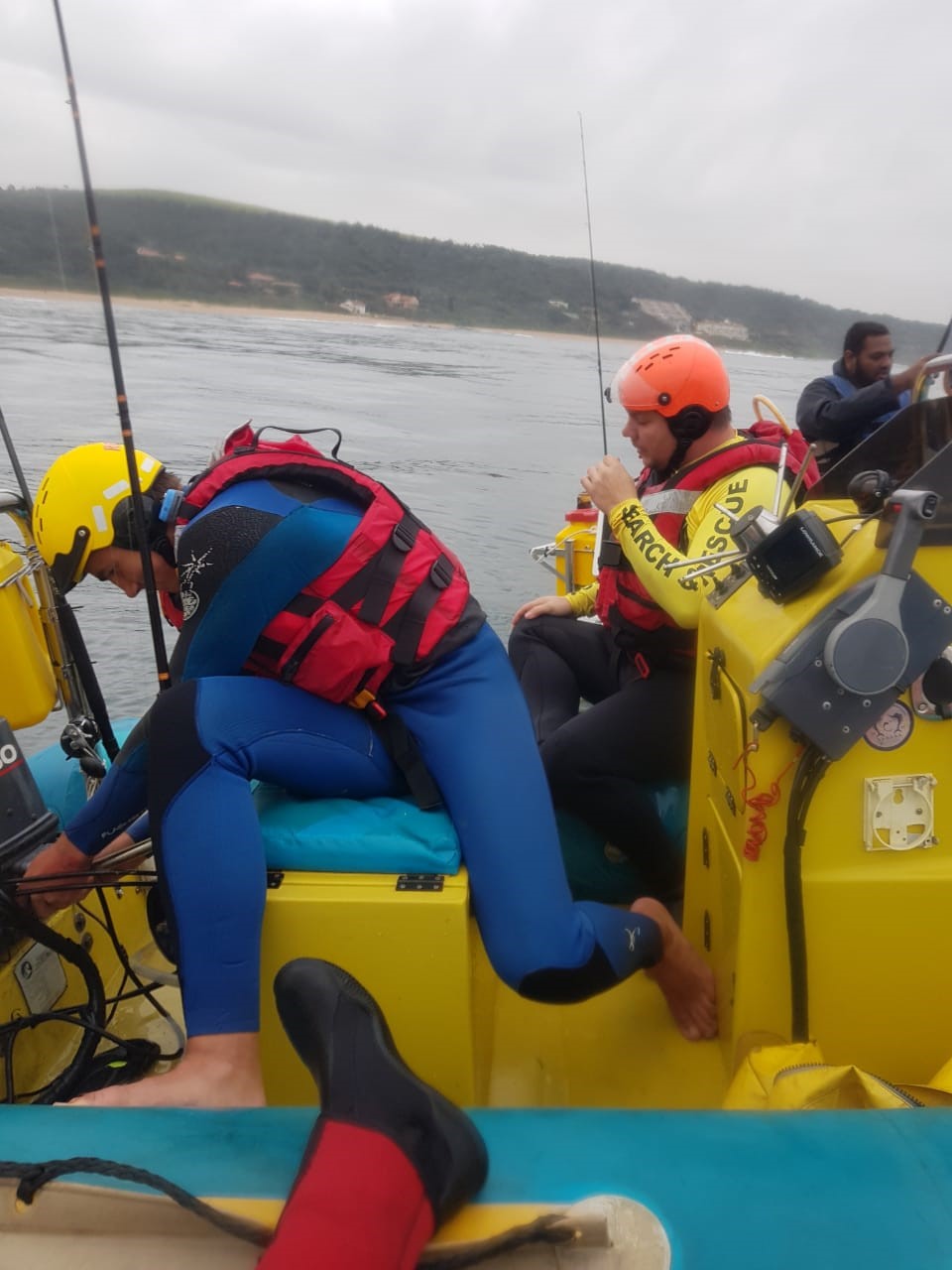