At 14h07, Friday, 20th April, NSRI Table Bay duty crew were activated following eye-witness reports of a paddler on a sea-kayak appearing to be in difficulty off-shore of Three Anchor Bay.

On NSRI shore crew arriving on the scene a man could be seen in difficulty in the water holding on to a sea-kayak.

The casualty man, a local 64 year old man, was treated for hypothermia by paramedics and he requested not to be taken to hospital and following medical treatment on the scene he was released to go home nearby.

The crew of Tigger 2 are commended for their assistance.

On arrival on the scene we found a 5.5 meter rigid inflatable rubber-duck (RIB) with crew onboard and the RIB had motor problems complicated by a pontoon separated from the hull. 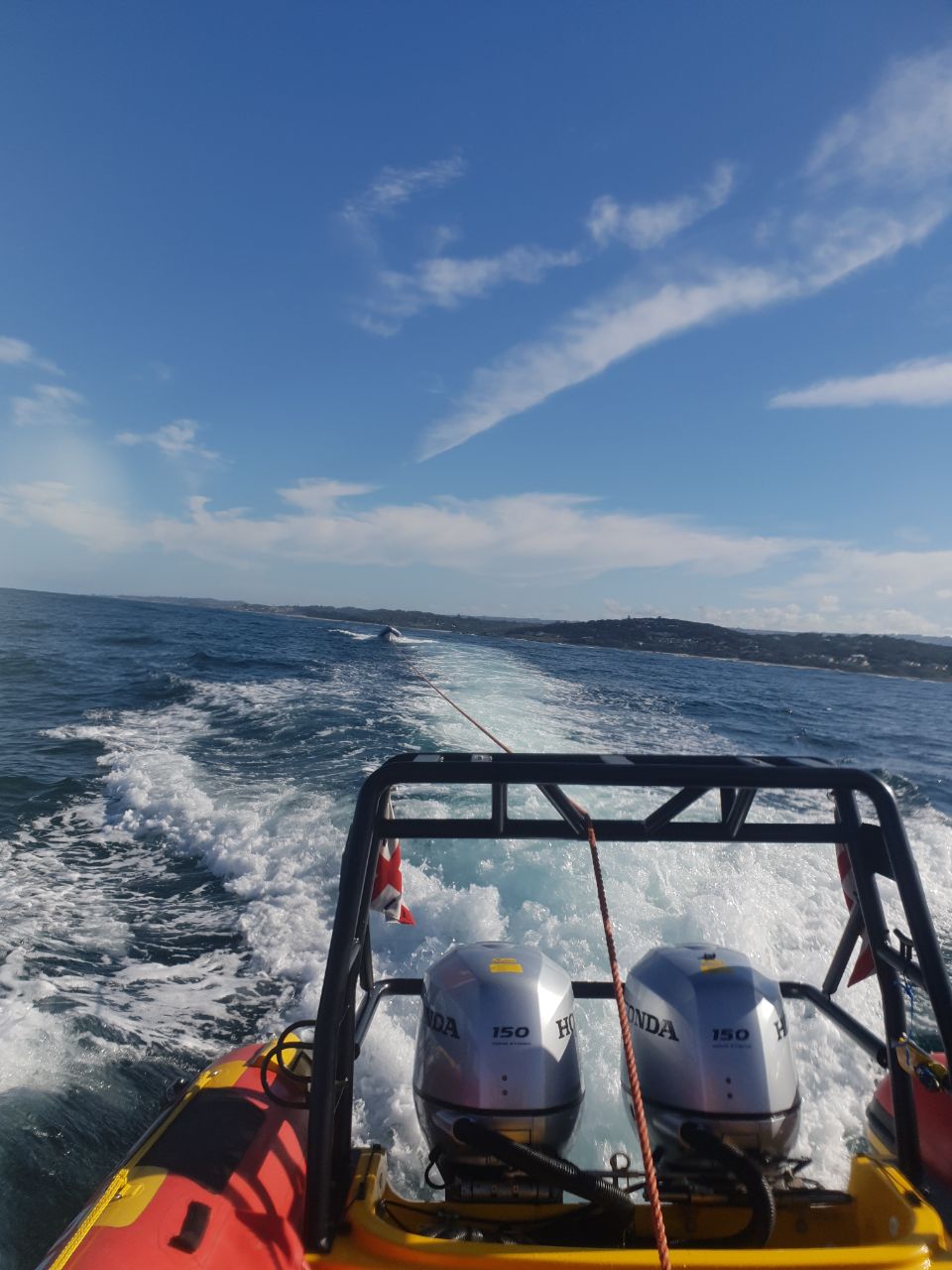 At 16h43, Saturday, 21st April, NSRI Lamberts Bay, during routine training exercises, were activated following a request for assistance from a local fishing boat requesting assistance due to being low on fuel in dense fog and believed to be off-shore of Deerspring.

We suspect that the GPS (Global Positioning System) of the casualty boat may have been faulty after all efforts to find the 3 men on the open fishing boat (casualty boat) could not be located at the GPS positions provided.

NSRI Mykonos were placed on alert.

Later, as dense fog lifted, the casualty crew confirmed that they were safe after reaching and getting ashore at Doringsbaai.

Telkom Maritime Radio Service are commended for their assistance.

We rendezvoused with the Desert Diamond off-shore of the Port of St Francis.

The paramedic and NSRI crew were put aboard the vessel and the patient, suffering hypertension, was stabilised and transferred onto our sea rescue craft and brought to shore and he has been transported to hospital by EMS ambulance in a stable condition.