Our sea rescue craft Nadine Gordimer was launched and we found the 36 meter fishing trawler, Boloko 1, with 23 crew onboard, already in Hout Bay harbour having collided with a yacht at her moorings in the harbour and the yachtsman, who we believe was asleep below deck at the time, was not injured and the integrity of the yacht was not compromised.

He will assess some damage sustained to his yacht from the collision.

The operation was completed at 07h22. 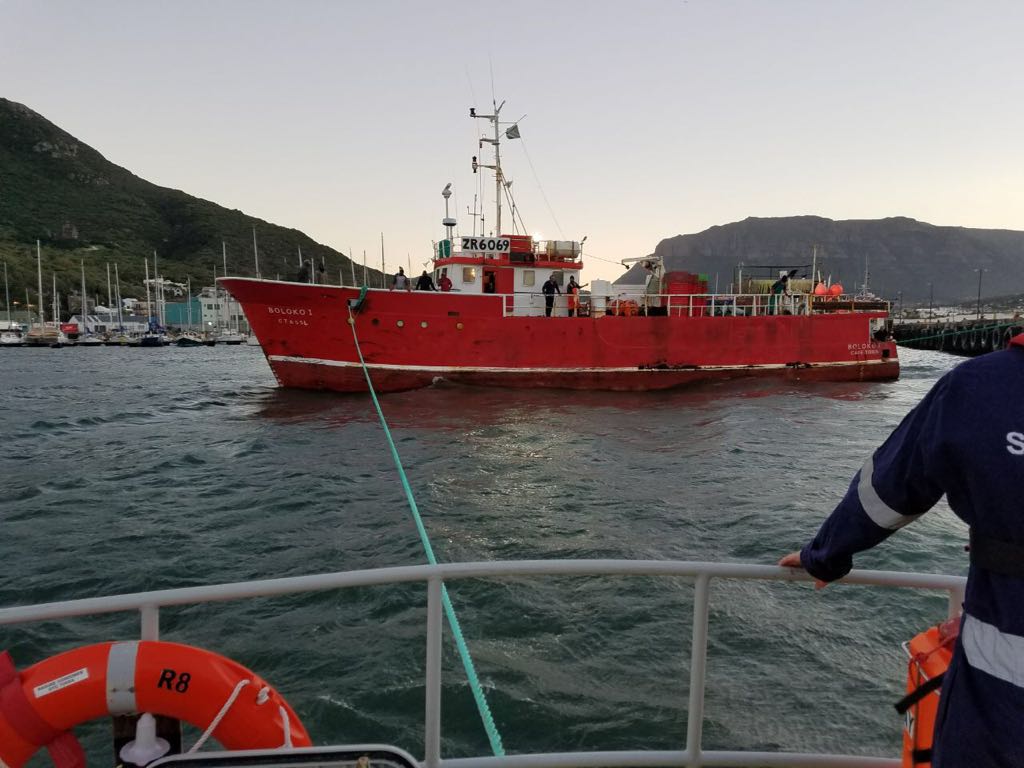 While on a stand-by at the SA Schools Sprint Canoe Championships at Roodeplaat Dam in Tshwane during this past weekend, 6 to 8 April, our NSRI Gauteng crew assisted 11 paddlers, aged between 8 and 18, in separate minor incidents over the weekend and one child was treated for chest pains who, after being assessed by our NSRI medics, he was taken into the care of St John’s ambulance services paramedics and following treatment by paramedics that child continued with the championships.

While our NSRI crew were returning to our NSRI base, Rynfield Dam, Benoni, we came across a serious motor vehicle accident on Sunday afternoon, 08 April, on the Ben Schoeman Freeway (N1), between Pretoria and Johannesburg, at the Atterbury Road on-ramp, involving a 2 motor vehicle collision, and only the Tshwane Metro Traffic Services officers were in attendance and no medical emergency services were in attendance at that stage.

Our NSRI crew assisted Tshwane Metro Traffic Services officers with traffic control while our NSRI medics treated a female, 36 weeks pregnant, for injuries sustained in the accident, she was stabilised, her husband was not injured and we treated one of three men from the second vehicle for serious injuries, including a dislocated shoulder and a fractured leg and he was stabilised.

NSRI medics assisted the Fire rescue officers and paramedics with the extrication of both the injured patients from their vehicles and in the care of paramedics they were transported to hospital by ambulances in stable conditions.

After no further assistance was required we departed the scene and returned to base.