NSRI have conveyed condolences to family and friends of a man who sadly died while surfing at Jeffreys Bay.

On arrival on the scene we found family members and bystanders and other surfers had recovered the 87 year old local man from the water who had been surfing, we believe he was surfing with his family members, when he appeared to collapse unconscious in the water.

CPR (Cardio Pulmonary Resuscitation) efforts were initiated and after all efforts to resuscitate the man were exhausted sadly he has been declared deceased, believed to be from natural causes.  The body of the man has been taken into the care of family and their funeral services.

NSRI Jeffreys Bay crew are friends of the family and support and comfort has been extended to the family.

At 08h50, Sunday, 18th March, NSRI Hout Bay duty crew, at Hout Bay harbour with our sea rescue craft moored at the jetty and our NSRI duty crew preparing to depart on an exercise, we were called to assist at a charter boat at Hout Bay harbour where a 71 year old Hungarian tourist male passenger had suffered a partial amputation of the tip of the middle finger on his left hand after the finger was caught between the boats gunnel and a mooring tyre while launching.

Our medical crew treated the patient and he has been taken to hospital in a stable condition.

It appears that the man may have attempted to assist with rope work on the boat despite crew of the boat trying to stop him from helping when the accident occurred.

On arrival on the scene, off-shore of Mosterts Hoek, the patient was taken aboard our sea rescue craft and brought to the Port of St Francis in a stable condition and he has been transported to hospital by Private Care ambulance for further treatment.

On arrival on the scene we transferred the patient onto our sea rescue craft and brought him to our sea rescue base where our NSRI paramedic treated the man for dehydration and hyperglycaemia and he has been transported to hospital by Private care ambulance in a stable condition. 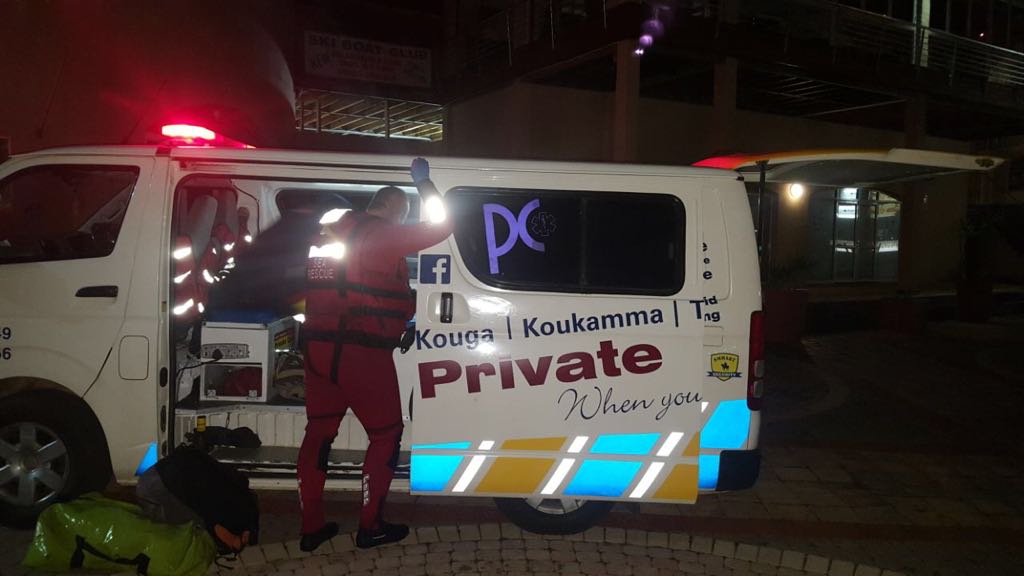 At 18h00, Saturday, 17th March, NSRI Table Bay duty crew launched the sea rescue craft Spirit of Vodacom and rendezvoused with the yacht Pippen experiencing motor mechanical failure 1.5 nautical miles off-shore of the Port of Table Bay breakwater after they had requested assistance to get into Port.

The yacht, with two men, a lady and their Jack Russel dog onboard, was taken under tow and safely towed to the RCYC (Royal Cape Yacht Club) without incident and once safely moored no further assistance was required.

The operation was completed at 18h47. 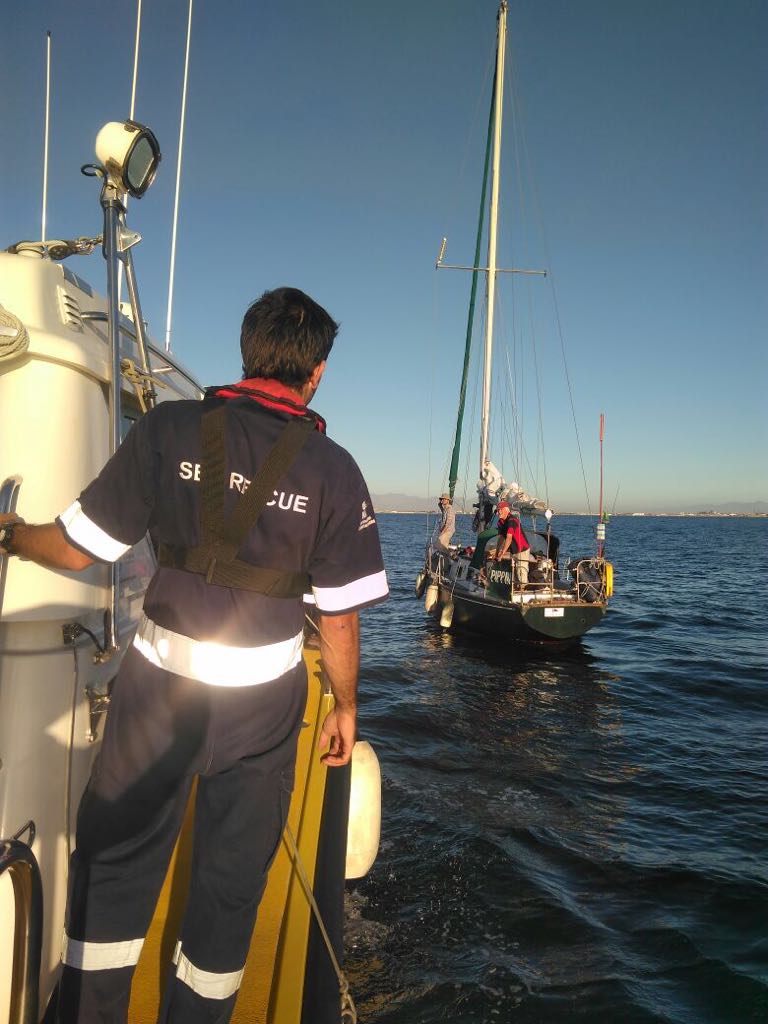 At 21h19, Saturday, 17th March, NSRI Mossel Bay duty crew launched the sea rescue craft Rescue 15 following reports of a ski-boat run aground, unmanned, at Santos Beach.  It appears that the ski-boat broke her mooring in a strong Easterly wind.

On arrival on the scene the owner and members of the public had managed to re-float the ski-boat that appears to have not been damaged and under her own motor power the owner re-moored his boat safely off-shore.

At 08h49, Sunday, 18th March, we launched the sea rescue craft St Blaze Rescuer to assist a 16 foot yacht that broke her moorings in a light Westerly wind and had been noticed adrift off-shore by members of the public.

Port Control confirmed on investigation that a yacht appeared to be adrift off-shore and on our arrival on the scene we towed the unmanned yacht Mega Motion to Mossel Bay Yacht where she has been moored without incident and the owner in Pretoria has been informed.

On arrival on the scene we found what appears to be a research buoy anchored to the sea bed (with CSIR markings on the buoy).

It has now been reported that a research vessel was seen in the area yesterday and we suspect that the buoy may have been deployed then.  It is unknown if any maritime agencies were informed of the deployment for normal navigational warnings.