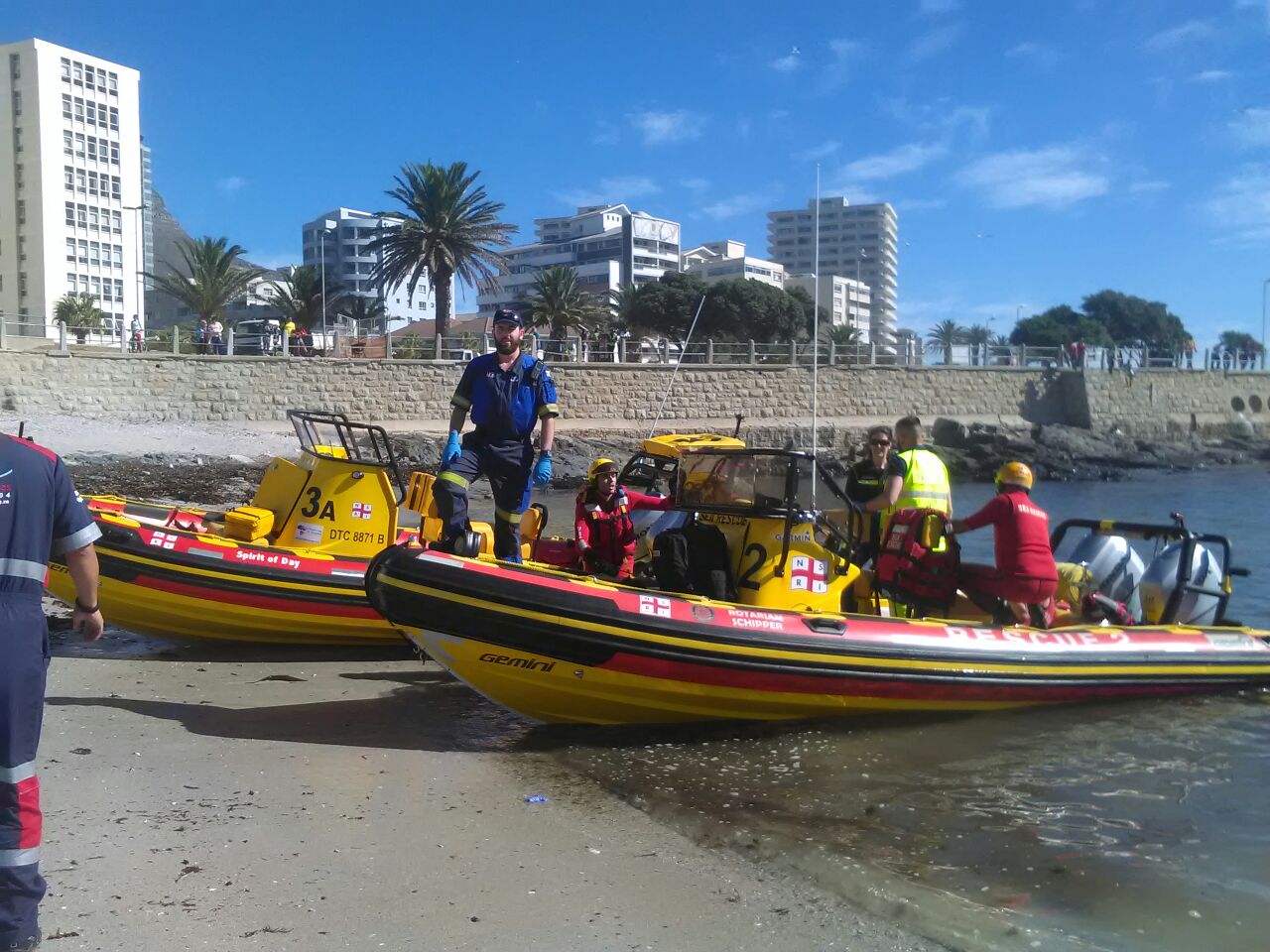 At 14h33, Tuesday, 27th March, NSRI Bakoven and NSRI Table Bay duty crews were activated following an eye-witness report of a woman being swept out to sea at Rocklands Beach, Sea Point.

An NSRI rescue swimmer launched into the surf after eye-witnesses pointed out a woman in the surf about 400 meters off-shore of Rocklands Beach and prior to the rescue swimmer reaching the casualty the sea rescue craft Rotarian Schipper arrived on the scene and rescued an adult woman from the water and then collected the rescue swimmer.

She has been transported to hospital by EMS ambulance in a serious but stable condition.

Her identity was not known at the time and there appeared to be no family or friends with her at the time. The circumstances surrounding how she got into difficulty in the surf is unknown.

The quick response of all services is commended.