It appears that a local adult male paddler had fallen out of his surf ski 2 kilometers from Beacon Island and called out for help after being unable to get back into the Surf ski. He had unlatched the leash after getting tangled up in it and in the process the surf-ski had washed away from him leaving him afloat off-shore in his life-jacket.

2 paddlers in the area at the time heard his cries for help and went to assist while a paddler closer in-shore saw the commotion and raised the alarm.

Following a brief search we located the paddlers with the casualty holding onto the surf-ski’s of the 2 good samaritans who had gone to help him and we took the casualty paddler onto our sea rescue craft and took him to Robberg Beach where his surf-ski had washed up on the beach.

NSRI shore crew then walked him back to Central Beach and no further assistance was required.

The paddlers who went to the aid of the man are commended for their actions.

At 10h36, Saturday, 24th March, an NSRI Plettenberg Bay coxswain on a Plett Cycling Club group bike ride raised the alarm after one of the cyclists, a local 25 year old man, fell off his bike suffering a back and neck injury at the Cairnbrogie, Kranshoek cycling route.

Our NSRI medics stabilised the patient and transported him to the roadway where he was taken into the care of paramedics and transported to hospital by ambulance in a stable condition. 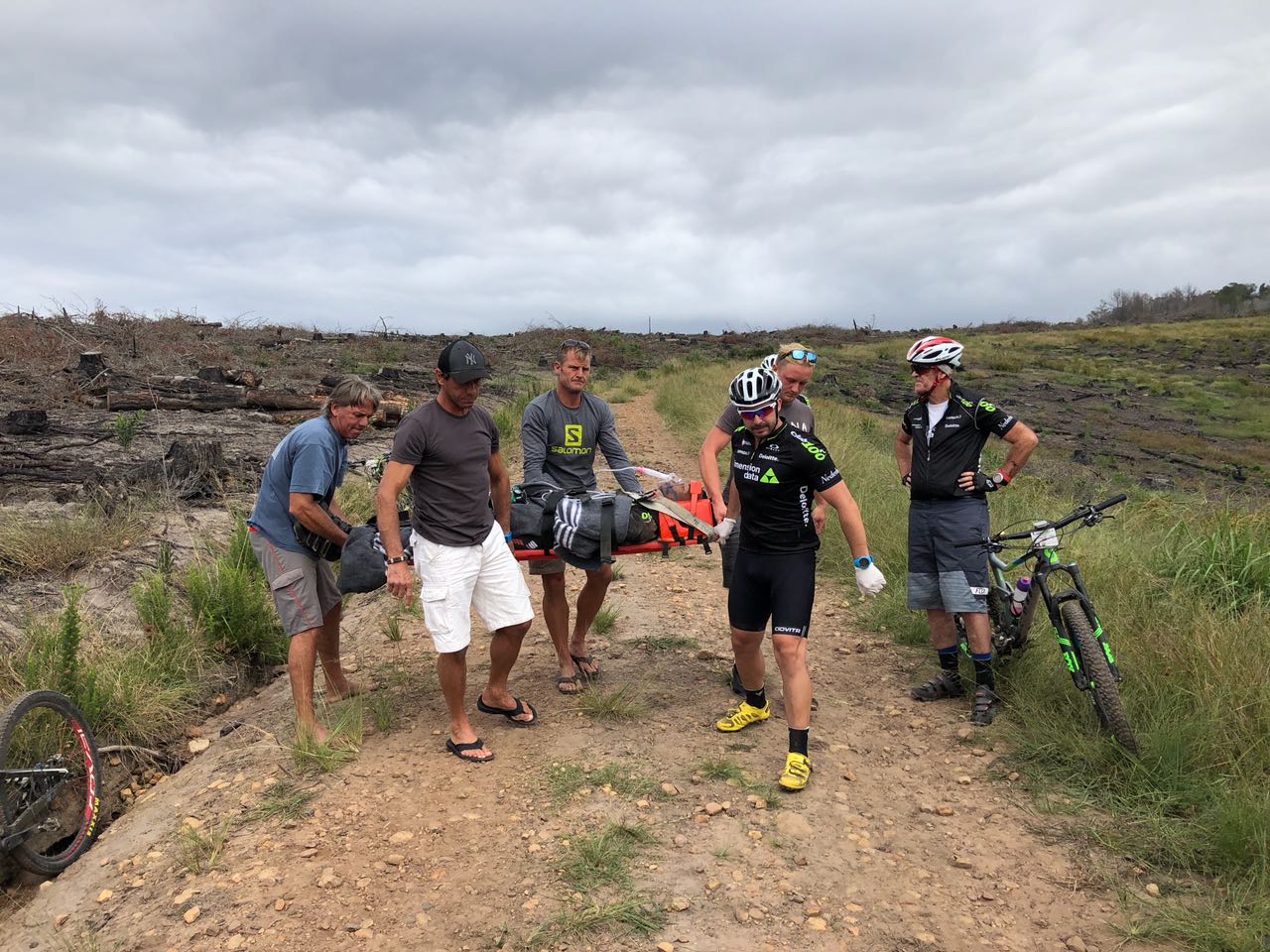 On arrival on the scene a male who had gotten into difficulty in the river was found safe ashore and not injured and no further assistance was required.

At 09h25, Sunday, 25th March, NSRI Port Alfred medics and a Gardmed ambulance services paramedic responded to East Beach where a 76 year old man had been bitten by a dog causing bite marks to his right arm.

We found the man being assisted by the owner of the dog and we provided medical care. He has been transported to hospital by Gardmed ambulance in a stable condition.

The sea rescue craft Megan II dispatched and on arrival on the scene a tow-line was rigged and we towed the casualty vessel with her 13 crew onboard to her mooring without incident, and once safely moored no further assistance was required.

At 17h20, Saturday, 24th March, NSRI Durban duty crew activated and responded aboard the sea rescue craft Eikos Rescuer II following a request for assistance from the ski-boat Lungelo Pride, with 6 crew onboard, reporting to have run out of fuel, 8 nautical miles North of Durban.

On arrival on the scene we transferred 50 litres of fuel to the casualty craft and once re-fueled we then escorted them into Port under their own motor power and once safely in Port no further assistance was required.