Police continuing in an ongoing search operation for a missing man at Monwabisi:

The SA Police Services and a Police Dive Unit are continuing in an ongoing search operation at Monwabisi Beach where a man remains missing following the incident on Sunday, 25th March, where sadly 2 bodies were recovered.

The ongoing search and recovery operation is being conducted as per normal protocol in an incident of this nature.

Today, Monday, 26th March, a Police Dive Unit from early morning deployed dive unit officers at the beach to conduct shore patrols and they were supported by a Police helicopter crewed by Police divers that flew 2 search operations at 08h30 and again at 11h00.

The Police dive unit were further supported today by a Police K-9 search and rescue team, Law Enforcement officers, City of Caope Town lifeguards and members of the Harare Police station who all conducted searches at stages throughout the day.

A Police dive unit were on the scene again at 16h00 today in their ongoing effort and continuing in the ongoing search operation.

This activity by Police and supported by local emergency services and community members will continue in stages during the days ahead according to standard protocols with all effort deployed to recover the missing man which is the priority.

Law Enforcement and Police remain in contact with the family supporting and assuring family of the ongoing commitment.

NSRI Strandfontein remain on alert to assist if required and Police, Law Enforcement, lifeguards and NSRI are also in communications with local fishermen and community members who are regularly in the area and who have expressed a commitment to keeping a vigil while they are in the area and reporting any changes and any developments to authorities.

Thoughts and support remain with the family during this time.

On arrival on the scene we found 1 adult male was out of the water and confirmed to be deceased and 2 adult males remained missing in the surf.

It appears that the 3 men may have been swept out to sea by rip currents during a baptism ceremony in the surf.

During an extensive sea and shoreline search a Police dive unit located and recovered the body of one of the missing men and Police divers are continuing an ongoing search operation for the remaining missing man.

The bodies of the 2 deceased males have been taken into the care of the Forensic Pathology Services.

Condolences are conveyed to family.

On arrival on the scene the body of an adult woman was recovered onto our sea rescue craft from the water 150 meters off-shore of Scarborough and NSRI paramedics confirmed the woman to be deceased from a suspected fatal drowning accident.

We brought the body to our NSRI Kommetjie sea rescue station and it has been taken into the care of the Forensic Pathology Services.

Condolences are conveyed to family. 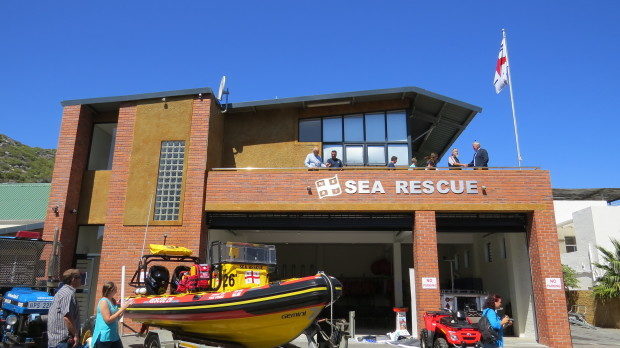