NSRI medics treated the lady for a suspected heart condition and Medlife ambulance services were summoned and the lady has been transported to hospital in a stable condition.

At 11h50, Thursday, 22nd February, NSRI Simon’s Town were alerted to a person fallen off the Pier (the harbour wall) at Kalk Bay Harbour.

While responding to the scene it was confirmed that a man had been rescued from the water and NSRI stood down while CMR, EMS and CoCT Fire and Rescue Services continued to respond.

On arrival on the scene a 68 year old man was found on the harbour wall and being attended to by 3 young men and CMR, EMS and Fire paramedics treated the man for non-fatal drowning symptoms and he has been transported to hospital by EMS ambulance in a stable condition where he is expected to fully recover.

NSRI have commended Duwayne Paulse, 23, and Nashwell Pietersen, 29, both from Lavendar Hill, and Abdullah Davids, 28, from Ocean View.

These three young men work at the Kalk Bay fish market and Duwayne was alerted by friends that a man had fallen off the harbour wall into the harbour.

Duwayne grabbed the NSRI Pink Rescue Flotation Buoy that was recently installed at Kalk Bay Harbour and he and Nashwell and Abdullah ran to the end of the Pier, by the Harbour Light, where they found the man in the water.

They threw the buoy to the man and he grabbed the buoy while they, using the rope attached to the buoy, pulled the buoy with the holding onto the buoy around to where they were able to recover the man from the water.

They placed the man in the recovery position to prevent him from aspirating water and they remained with the man until emergency services arrived to take over.

They then replaced the buoy back on its pole.

Duwayne rescued a teenager a year ago at the same place. 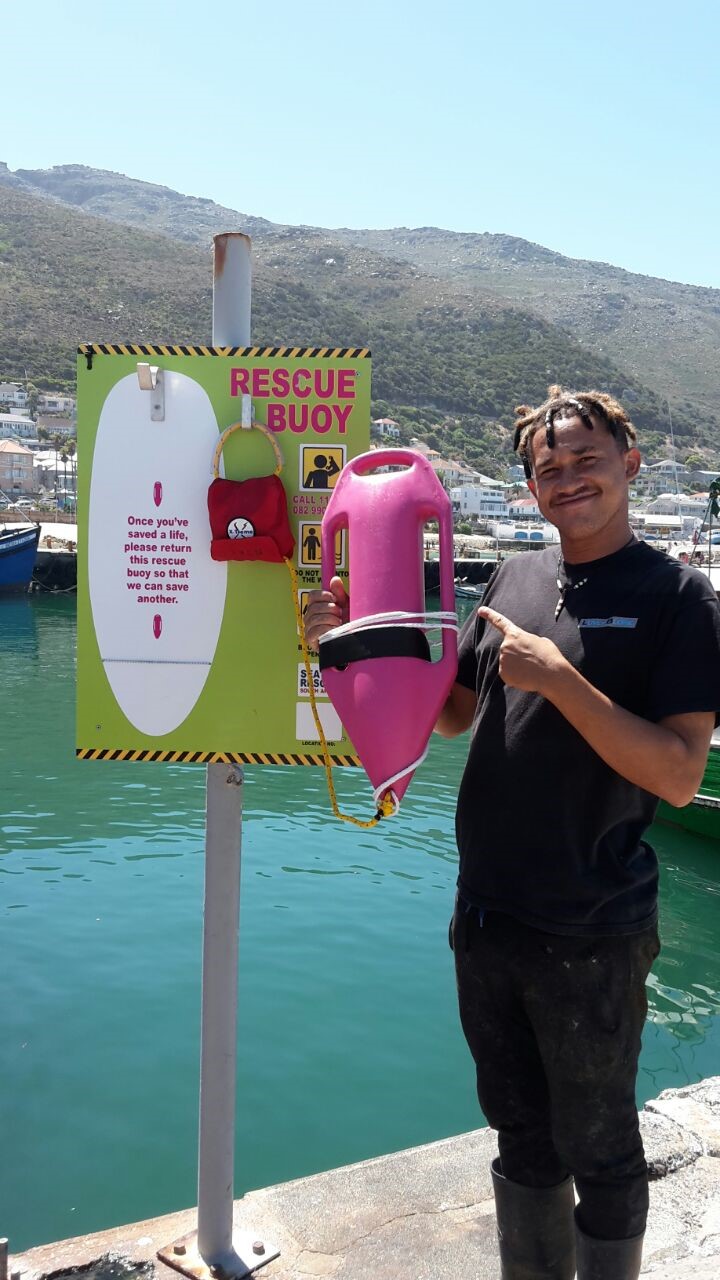