At 15h44, Wednesday, 24th January, NSRI Plettenberg bay duty crew were activated following a request for assistance from a 44 year old Mossel Bay man reporting that he was not feeling well.  He was on the Robberg Nature Reserve trail, returning to the car park following a day of fishing since early that morning.

He was alone on the trail returning to the car park and he got NSRI’s details off a trail board.  Friends that the man had been fishing with were behind him, by about ten minutes, as he had gone on ahead before starting to experience the chest pains.

An NSRI Mossel Bay crewman, Corne Wessels, who had been fishing with the same group, had by that stage caught up with their friend and Corne took over his friends phone.  Corne was able to give accurate information, signs and symptoms, and begin with medical treatment which escalated the call giving us the certainty that the man was suffering a suspected heart attack.

As rescue resources began arriving on the scene medical treatment was provided to the patient who was in a serious condition.  The Skymed helicopter was activated and a landing zone prepared.

Following extensive medical treatment on the scene the patient has been airlifted by the Skymed helicopter to hospital in a serious but stable condition.  It has been confirmed that he has suffered an Angina.

During this call a woman and her husband, from Germany, reported to be on the same Robberg Nature trail, just less than a kilometer from where we were treating the Mossel Bay man.  Her husband raised the alarm reporting his wife to have rolled her ankle while walking and suffering a suspected sprained ankle. 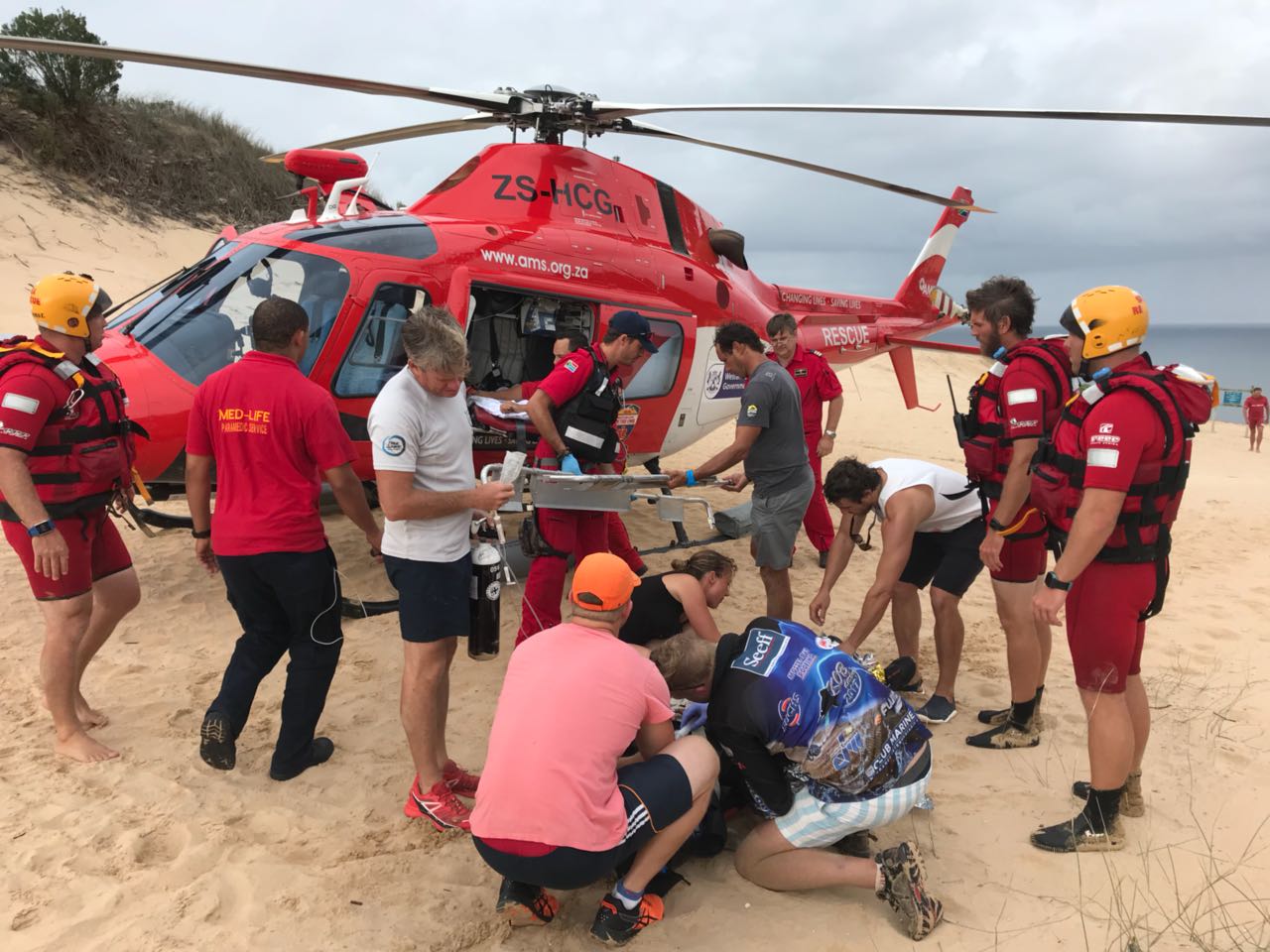 At 04h09, Wednesday, 24th January, NSRI Hermanus duty were activated following reports of two fishermen overdue from fishing at Pearly Beach.  They were expected home the night before and we sent sent a search party to look for them.

We found them on the coastline between Pearly Beach and Franskraal at their vehicle and they were safe.

They reported that while fishing on their dinghy, the dinghy was swamped by waves and their car keys were water logged.  Arriving back at the car they unable to start their car with the water logged car keys so they stayed with their vehicle trying to arrange friends to come to assist them when we found them.

NSRI Gordons Bay assisted with spotters and coast watchers and NSRI Simon’s Town dispatched crew to investigate car parks for boat trailers that may be related to a craft overdue.