At 12h50, Sunday, 21st January, NSRI East London were alerted to reports of a drowning in progress at Morgan Bay.

Morgan Bay Hotel owner Richard Warren Smith launched his jet-ski and recovered a 39 year old man who was found floating face down in the surfline about 100 meters off-shore. He  brought the victim to the beach where, assisted by bystanders, CPR (Cardio Pulmonary Resuscitation) efforts were commenced.

An EC Government Health EMS rescue helicopter arrived and paramedics continued with CPR but sadly after all efforts to resuscitate the man were exhausted he was declared deceased.

Police and the Forensic Pathology Services have been alerted.

The deceased man is from Bloemfontein

Richard Warren Smith is commended for his efforts. 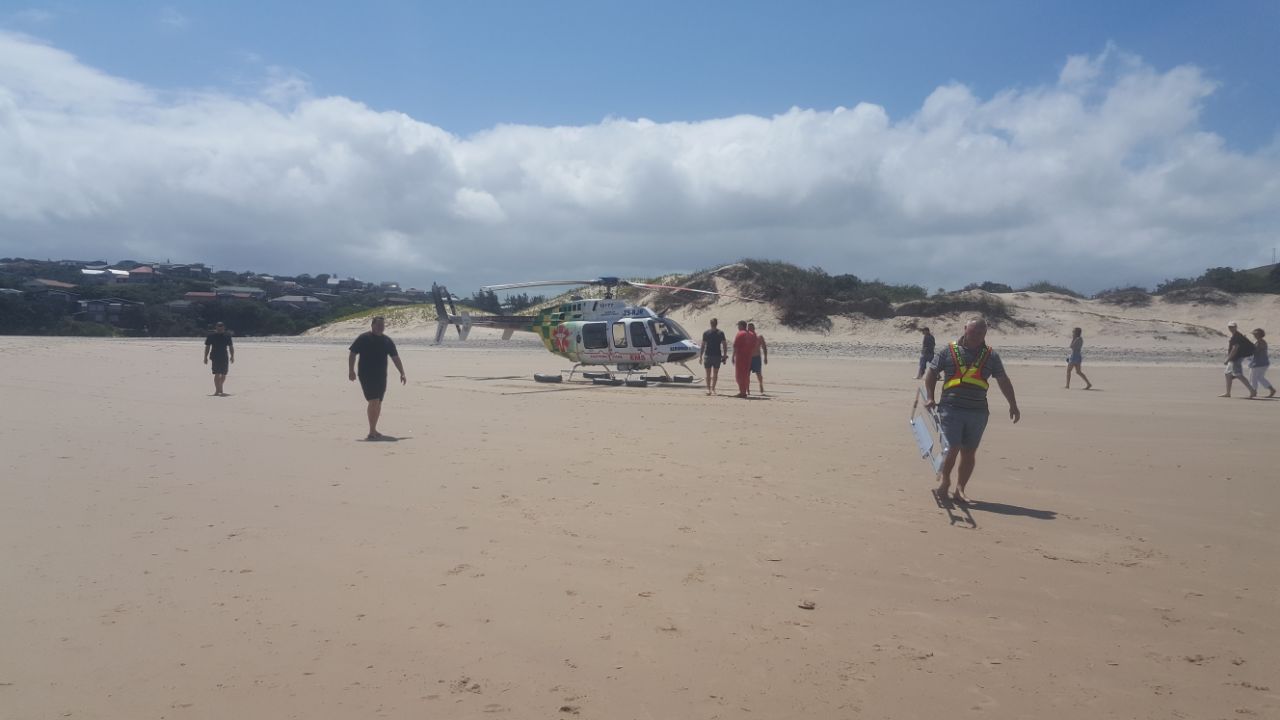