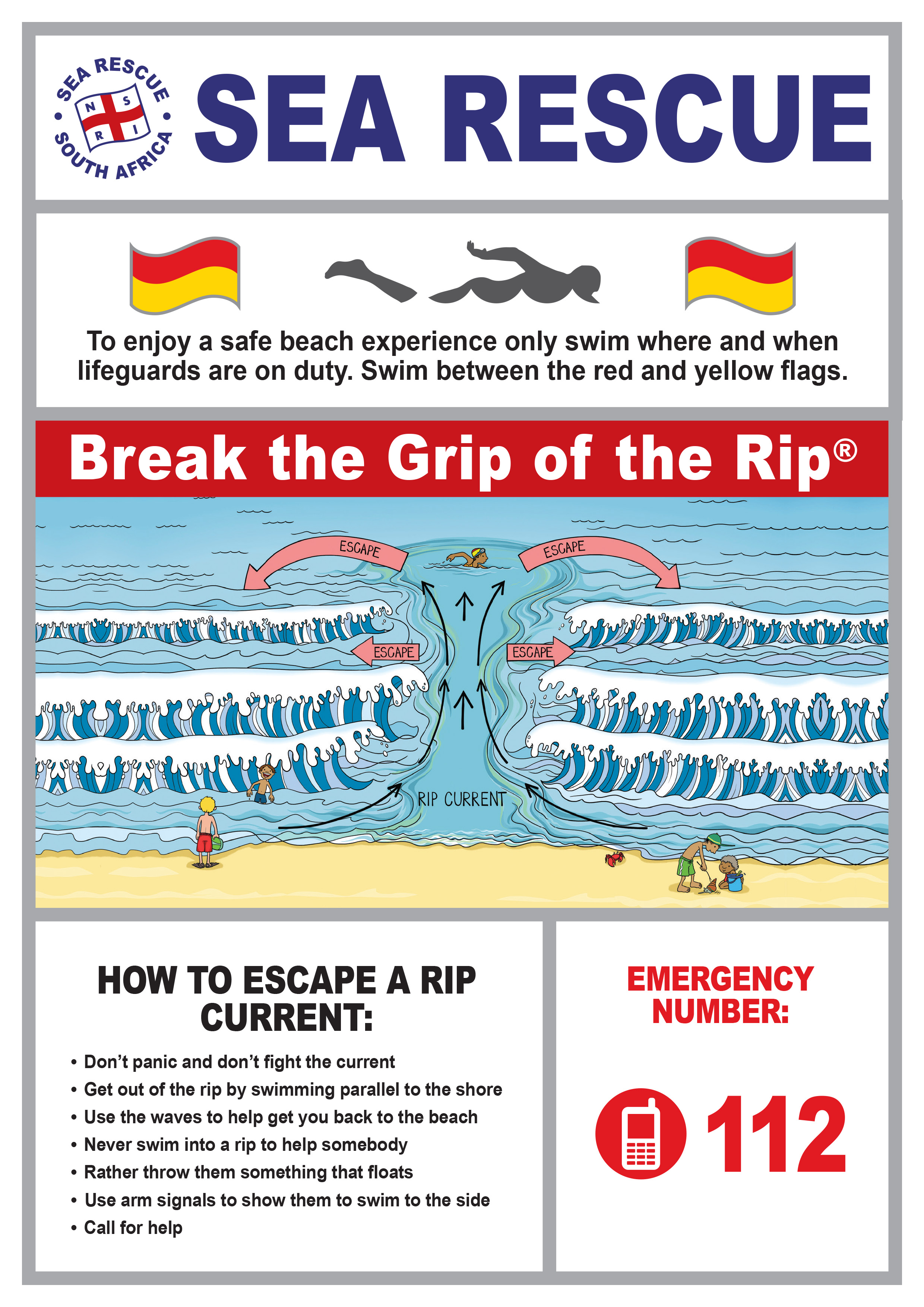 NSRI are urging extreme public caution and safety awareness around the coast from today and over this coming weekend and next week.

From today, Thursday, 28th December, 2017, until around the 7th January, 2018, the full moon Spring Tide will have an affect on the coastline. High tide will be higher than normal, low tide will be lower than normal and as a result of this the Rip Currents will be stronger than normal.

NSRI are urging public awareness about Spring Tides to highlight safety around the coast and general safety to bathers, anglers, paddlers, sail boarders and boaters around the coast with this full moon Spring Tide now upon us beach bathers and shoreline anglers are most at risk.

Swim at beaches only where lifeguards are on duty and obey the safety instructions of the lifeguards and only swim within the safe swimming zones lifeguards mark (using their red and yellow flags).

Children should have responsible adult supervision in and around water.

Anglers should not turn their back to the sea and should be vigilant and cautious of the wave action and the 2 high tides and 2 low tides daily while fishing.

SPRING TIDE HAPPENS AT EVERY FULL MOON AND AT EVERY NEW MOON AFFECTING COASTAL WATER BY CAUSING A HIGHER THAN NORMAL HIGH TIDE, A LOWER THAN NORMAL LOW TIDE AND AS A RESULT OF THIS IT CAUSES RIP CURRENTS TO BE STRONGER THAN NORMAL.

RIP CURRENTS ARE FOUND AT EVERY BEACH  (ALONG EVERY COASTLINE) EVERYDAY (not only during a Spring Tide).
.
RIP CURRENTS ARE A NATURAL FLOWING RIVER (CHANNEL) OF WATER MOVING OUT TO SEA AGAINST THE INCOMING WAVES.

SOME RIP CURRENTS ARE CONSTANTLY PRESENT (where there are rocks in the surf, at river mouths, around Islands and gullies and at man made structures like jetties, harbour walls, walls) AND SOME RIP CURRENTS FORM AT DIFFERENT PLACES DURING A DAY (mostly along open beaches where rip currents form at different places for brief periods in time only).

BATHERS ARE URGED TO GO TO BEACHES WHERE LIFEGUARDS ARE ON DUTY AND SWIM BETWEEN THE SAFE DEMARCATED SWIMMING AREAS THAT THE LIFEGUARDS MARK USING THEIR RED AND YELLOW FLAGS.

LIFEGUARDS MAY MOVE THE DEMARCATED SAFE SWIMMING AREA REGULARLY DURING THE DAY BECAUSE SOMETIMES A RIP CURRENT CAN FORM UNEXPECTEDLY. BUT THE LIFEGUARDS ARE ALWAYS WATCHING OUT FOR THIS AND THEY THEN ASK THE BATHERS TO MOVE TO THE NEW SAFE AREA.