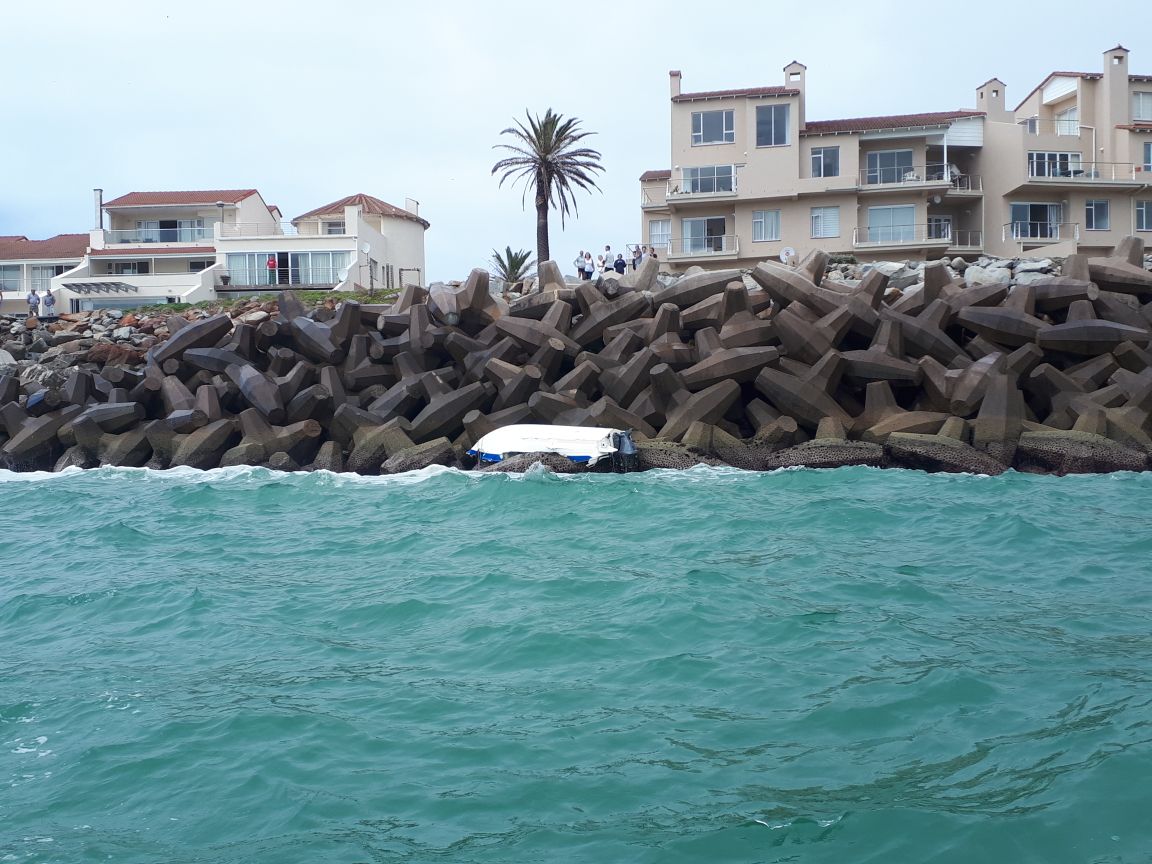 A 50 year old, believed to be a local man, has sadly died after a small boat carrying a family of 6 and a small dog capsized in the Port of St Francis harbour mouth this morning.

The sea rescue craft Spirit of St Francis II and NSRI rescuers and an NSRI duty doctor arrived on the scene where the small boat Blue Dolphin, registered to Mossel Bay, was found washed up on rocks and the private boat Juwana had rescued the 50 year old grandfather, his son and grand daughter and grand son and a Yorkie dog.

His wife and her daughter had made it to rocks where members of the public assisted them and brought them to the harbour.

NSRI medics and the NSRI duty doctor performed CPR (Cardio Pulmonary resuscitation) on the 50 year old man and on arrival on the scene Private Care ambulance services paramedics and EC Government Health EMS paramedics CPR continued but despite extensive CPR efforts the man was sadly declared deceased after all efforts to resuscitate him were exhausted.

The body of the deceased man has been taken into the care of the Forensic Pathology services and Police have opened an inquest docket.

The remaining family members were treated for shock and for cuts and bruises and they are recovering.

It appears that the small boat may have stopped in the harbour entrance where despite the calm seas a wave may have capsized the boat.

On arrival on the scene the man was rescued onto the sea rescue craft and brought to shore where he was medically assessed and treated for mild hypothermia by CMR (Cape medical Response) paramedics before being released requiring no further assistance.

NSRI recovered his boat without incident.

In another incident, NSRI have posted a picture to the NSRI facebook page of a small rubber duck found on Fish Hoek Beach (correction: Glencairn) this morning.  2 men were witnessed beaching the boat and walking away. NSRI have appealed to the owner or to anyone who recognises the boat and who can identify the owner to come forward.

UPDATE: The owner has since collected his boat. 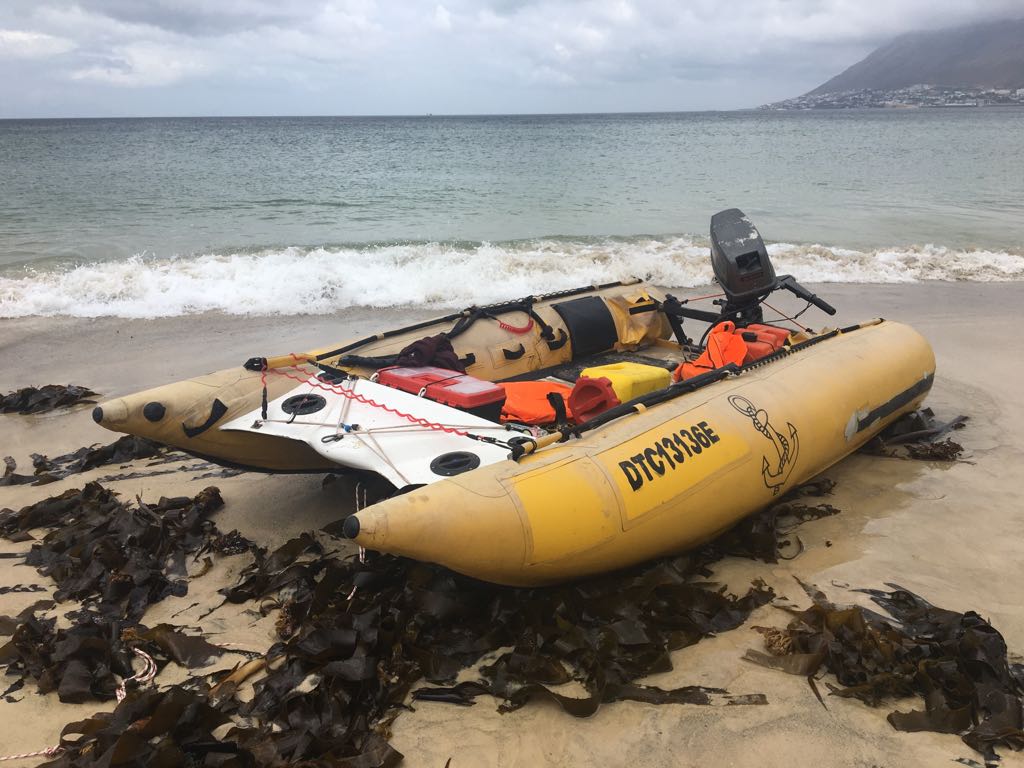 On arrival on the scene NSRI found that at least 6 private boats were assisting on the scene and the boat Rob Maree had already taken the casualty craft under tow, and all 4 men, not injured, were taken aboard the private boats.

NSRI took over the tow and the casualty boat has been towed to Mossel Bay harbour without incident and the 4 men were brought to the harbour aboard the private boats and no further assistance was required. 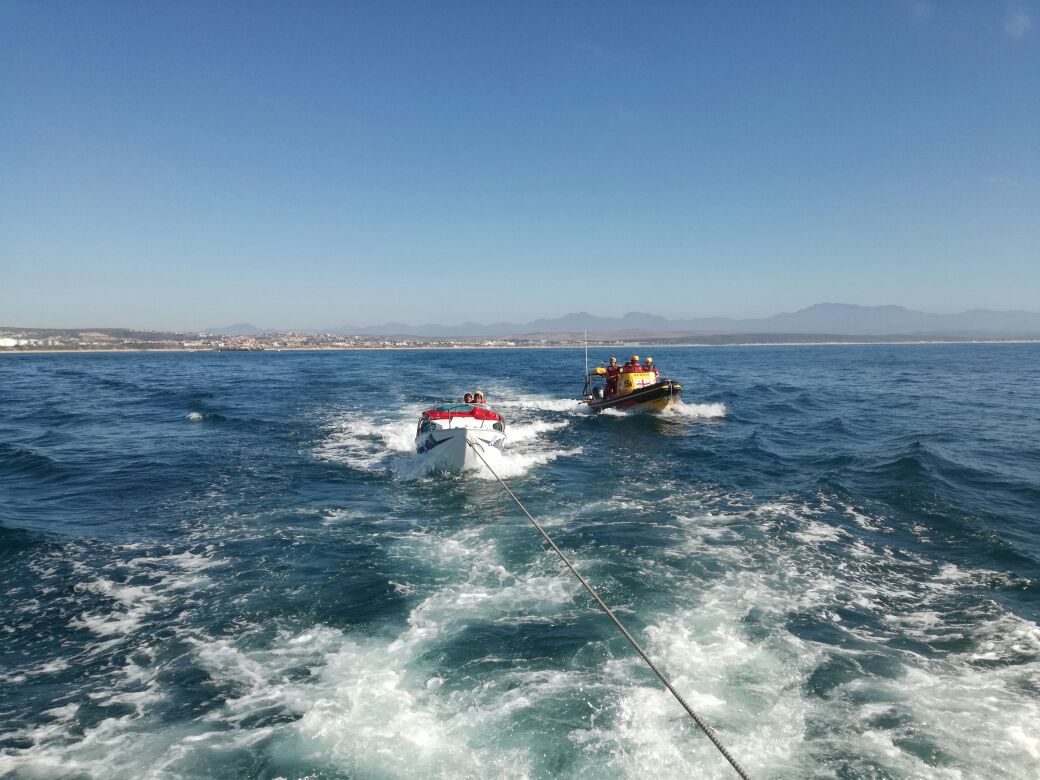 NSRI Knysna duty crew launched the sea rescue craft Jaytee IV, at 11h15, Sunday, 31st December, to assist at Ashmead Channel where a 16 foot boat with 2 local men onboard suffered a fire in their motor.

A private boat came to their assistance extinguishing the fire before NSRI arrived on the scene.

NSRI have towed the casualty boat to be recovered and no further assistance was required.

An adult man from Mozambique was taken ashore on the NSRI sea rescue craft and the remaining passengers were brought ashore aboard fellow Charter Boats and Sasume has beached safely.
TO REPORT A SEA RESCUE EMERGENCY DIAL 112 FROM A CELLPHONE