At 18h14, NSRI Bakoven duty crew were alerted following reports of a swimmer suspected to be in difficulty in the surf between Glen Beach and Camps Bay Beach.

NSRI Bakoven prepared to launch a sea rescue craft and NSRI rescue swimmers were dispatched to respond directly to the beach.

On arrival on the scene members of the public were rescuing a man from the surf who had been caught in rip currents and was being swept out to sea and they brought the man onto the beach, at Camps Bay Beach, where CPR (Cardio Pulmonary Resuscitation) efforts were commenced and these efforts were joined by NSRI medics and by paramedics.

Despite extensive CPR efforts the man was sadly declared deceased after all efforts to resuscitate the 21 year old man, from Khayelitsha, were exhausted.

Police are assisting family and the body of the man has been taken into the care of the Forensic Pathology Services.

Condolences are conveyed to family and friends.

The members of the public who rescued the 21 year old man from the water, Caleb and Cheyne Bjergveld and Kevin Rowe and another 2 unidentified bystanders and the unidentified man on the body board that also went to assist and the bystander, Jaco Steyn, who initiated CPR, and those who assisted are commended for their efforts.

It appears that a group of people, at least 3 males, had gotten into difficulty in rip currents by Kessels Rocks, Camps Bay, and the members of the public raise the alarm and launched into the surf to assist. At least 2 men got out the water safely before the bystanders then rescued the 21 year old man.

At12h31, Monday, 27th November, NSRI Richards Bay duty crew were activated to respond to assist Police Search and Rescue, a Police K-9 Search and Rescue team and uMhlathuze Fire and Rescue Services responding to Msweli Dam, Entoyeni, near to Kambonambi, where a group of children were reported to be involved in a drowning.

We dispatched a sea rescue vehicle with NSRI rescue swimmers and on arrival on the scene Police Search and Rescue divers, during a dive and sweeping line search, located and recovered the bodies of 4 children – a five year old boy, two 10 year old boys and a 13 year old boy.

A boy, who had been with his friends at the dam, raised the alarm alerting members of the community after witnessing the 4 children getting into difficulties while swimming in the dam.

It is believed that all of the children are local Primary School learners.

The bodies of the children have been taken into the care of the Forensic Pathology Services and Police have opened an inquest docket and family are being supported by Police.

Condolences are conveyed to family and friends. 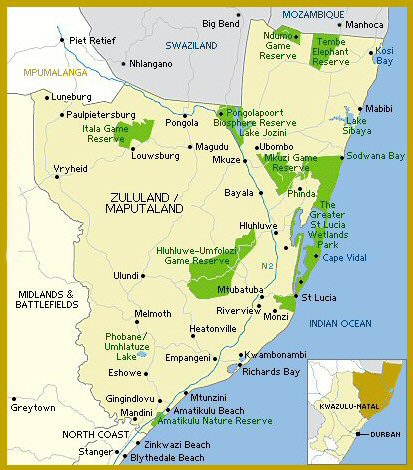