We were then released from the call after the ships medical crew confirmed that the crewman’s blood pressure had returned to normal following medication.

We launched our sea rescue craft Spirit of Toft at 08h24 and on arrival on the scene, in unfavourable sea conditions with a 5 meter swell, we found difficulties to raft alongside the fishing trawler.

The super oil tanker Caribbean Glory were nearby at the time and we requested their assistance to come alongside the rescue operation and use their super structure to create a lee.

Caribbean Glory were happy to assist and with the lee created, we were easily able to carry out the patient evacuation off the fishing trawler. Rescue paramedics treated the patient who was brought aboard Spirit of Toft to our sea rescue base and then transported to hospital in a stable condition by EMS ambulance.

Caribbean Glory were thanked for their assistance. 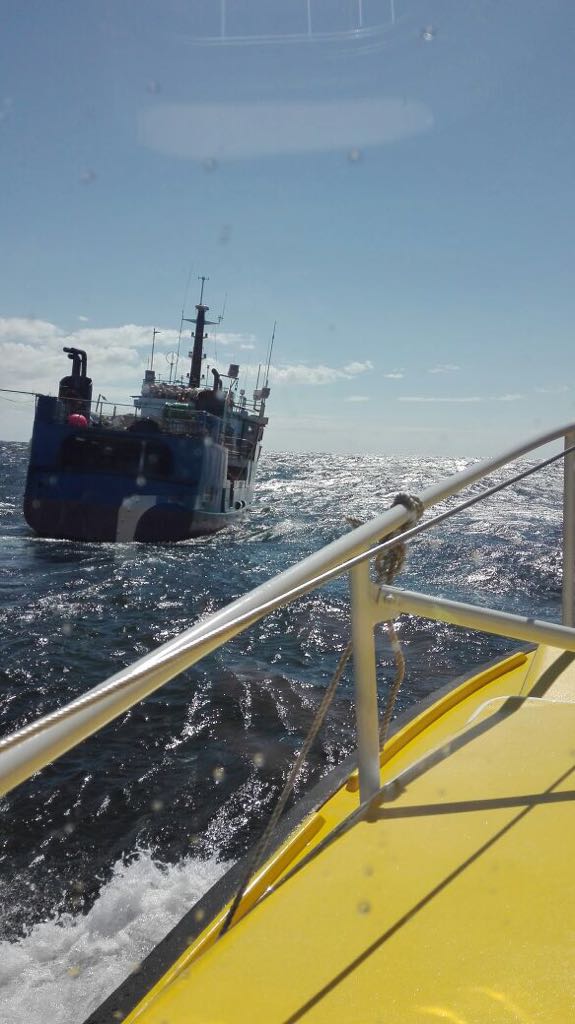