Dirk Manten, NSRI Vaal Dam station commander, said:  NSRI Vaal Dam duty crew were activated on Friday night, 27th October, to assist Police at Oranjeville where a fisherman was reported missing on a canoe.  NSRI were then stood down after the man had reportedly been found safe and assistance was no longer required.

On Saturday morning, 28th October, NSRI Vaal Dam duty crew were again alerted to assist Police and, using our NSRI rescue vehicle, we towed our craft Harvey’s Fibreglass.  We launched at the same location to the incident the previous evening, a camp site where 2 groups of men had been camping and fishing overnight.  It was reported that 2 men, also fishing on canoes, were missing on the Vaal Dam, Oranjeville.

Strong winds gusting to 50 knots were being experienced in the area since the Friday night.

While NSRI and Police were searching it was confirmed that one of the men had returned safely and one man, an adult male from Vereeniging, remained missing.

During an ongoing search operation the canoe and a life-jacket, believed to belong to the missing man, were located 9 kilometers North West of the camp site by NSRI.  We recovered these items which we delivered to the SA Police Services at the camp site. 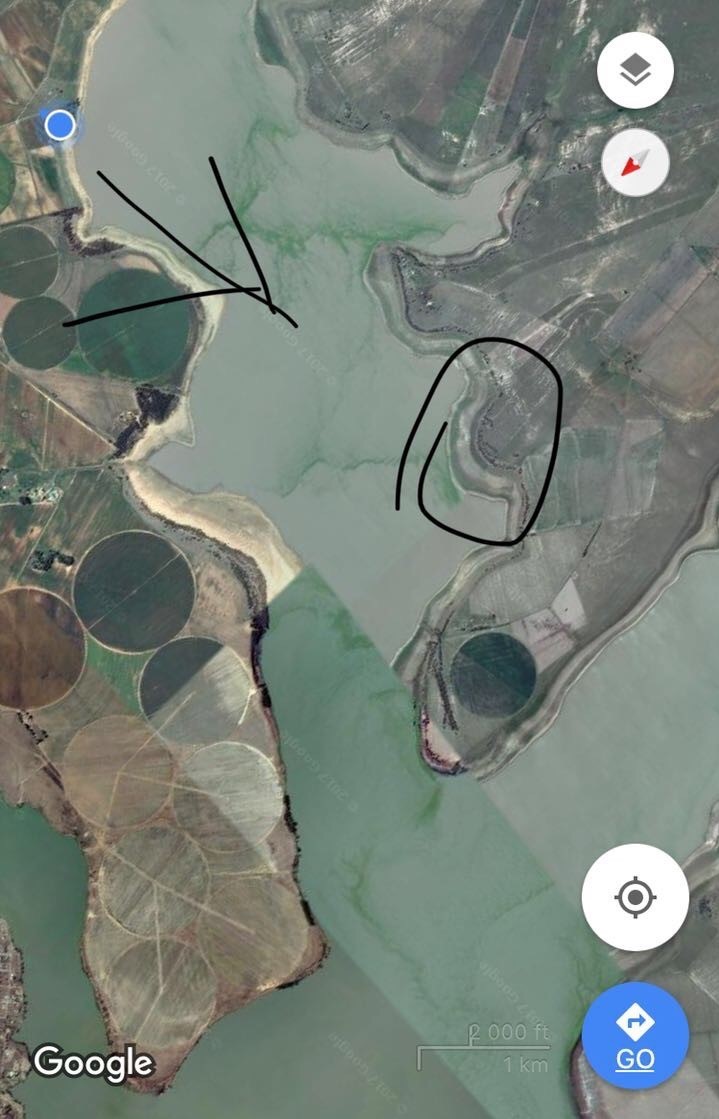 Picture, supplied by NSRI Vaal Dam.  Tthe marked arrow points the location where a canoe and life-jacket were recovered.