At 13h12 on Friday the 20th of October, NSRI Plettenberg Bay were alerted to reports of a man collapsed and unconscious at the parking area of Robberg Nature Reserve.  An ambulance had been activated and a group of people at the car park alerted NSRI to assist.

NSRI medics were on the scene in minutes and finding a 50 year old man from Knysna, the driver of a tour bus, collapsed and pulseless and breathless from a suspected heart attack. CPR (Cardio Pulmonary Resuscitation) efforts were commenced and joined by paramedics from Medlife and joined by the NSRI duty doctor but sadly after all efforts to resuscitate the man were exhausted he was declared deceased.

His body was taken into the care of the Forensic Pathology Services and Police.  Sincere condolences are conveyed to his family and friends.

NSRI helped to arrange a driver for the tour bus to transport the tourists back to Knysna. Trauma counselling was arranged for the tour group.

NSRI Plettenberg Bay were alerted at 13h13 on Friday the 20th of October, following reports of a 22 year old male paraglider involved in a paragliding accident near to the Groot River Mouth, Plettenberg Bay.

MCSA members arrived on the scene an confirmed that the paraglider was walking wounded and he was assisted by MCSA rescuers out of the area and taken into the care of Medlife paramedics and transported to hospital suffering a sprained ankle. He is in a stable condition.

At 03h00 on Saturday the 21st of October, NSRI St Francis Bay duty crew were alerted by a concerned parent from Knysna whose son was on a matric valedictory in St Francis Bay.  A a learner was suspected to have ingested a contaminated beverage and she was showing signs of suspected poisoning.

On arrival on the scene the learner was found to be in a stable condition and after being assessed by paramedics she was released requiring no medical intervention.  Both NSRI and Private Care ambulance services remained on alert and checked in with the learners during the day. The young girl recovered and no further assistance was required.

NSRI commend the learners and the Knysna parent for alerting a response to be certain of her well being.

At 13h30 on Saturday the 21st of October, NSRI Witsand Port Beaufort were informed of a motor vehicle accident with multiple casualties reported from eye-witnesses on the Witsand and Swellendam gravel road, R324, approximately 20 km’s from Witsand.

On arrival on scene at Witsand, a Light Delivery Vehicle was found that reportedly rear ended a truck in the dust on the gravel road.

On arrival of the WC Government Health EMS ambulances the three patients were handed over into their care and they were transported to hospital by EMS ambulance in stable conditions.

At 14h00 on Saturday the 21st of October, NSRI Richards Bay were alerted following a request for assistance from Police Sea Borderline of three local males caught by the high tide in the harbour area and seeking shelter by a tree.

NSRI were conducting a rescue course at the time including NSRI members from Richards Bay, Hermanus and Durban.  The course attendees launched the sea rescue craft Spirit of Round Table II accompanied by a Police Sea Borderline officer and on arrival on the scene the 3 men were found safe beside a tree in waist deep water.  They waded over to our boat, they were taken onboard the sea rescue craft and brought to the harbour wall where they required no further assistance. 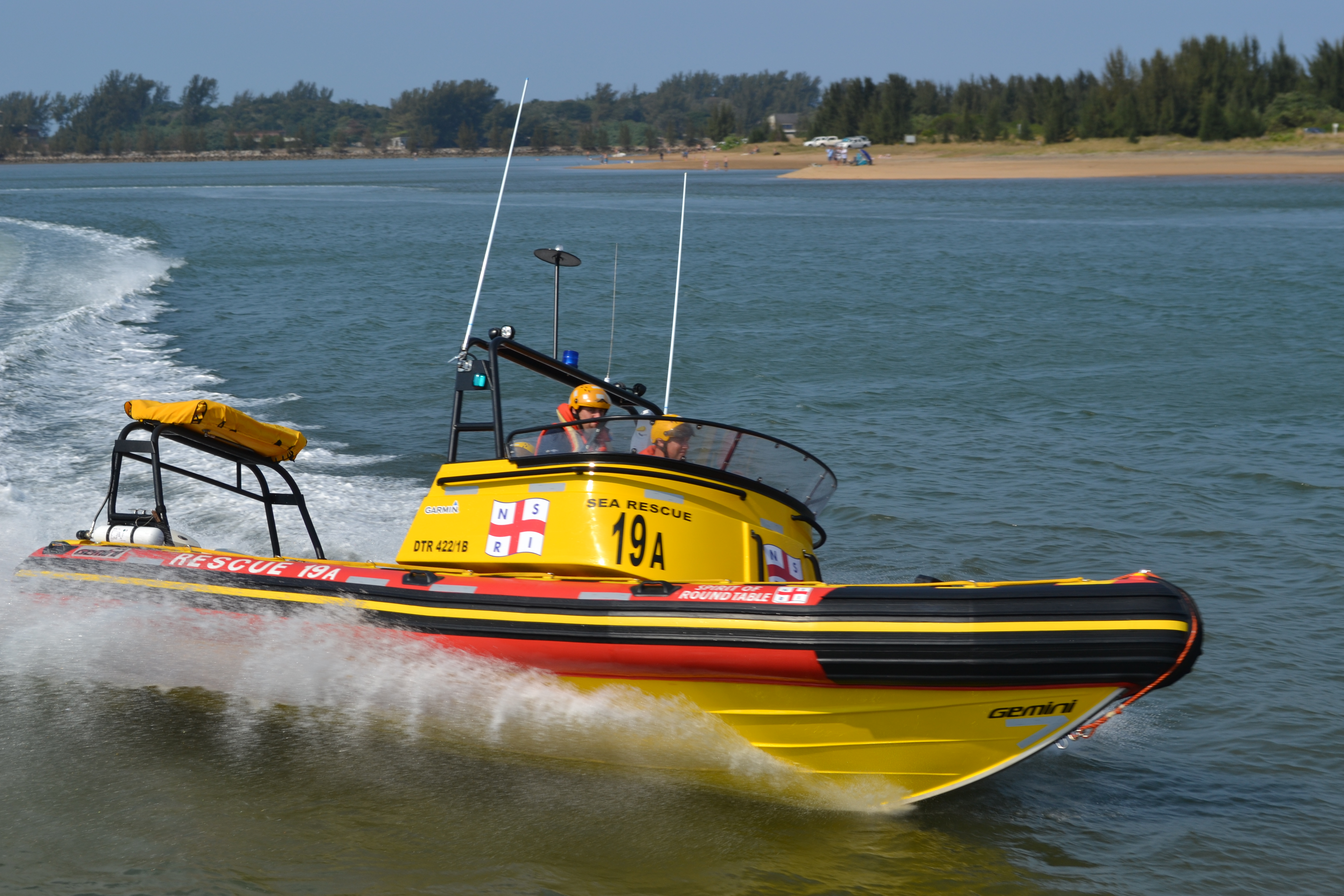 At 15h27 on Saturday the 21st of October, NSRI Melkbosstrand duty crew were activated following reports from a local father that his 16 year old son was missing in the surf while surfing.

The sea rescue craft Spirit of Round Table was launched and our NSRI rescue swimmers responded by road to the scene.  The EMS/AMS Skymed rescue helicopter was placed on alert and Blouberg lifeguards launched a rescue rubber-duck to assist.

Following investigations the teenager was found safe at home and it appears that a miscommunication had led the dad to believe that his son was missing at sea.  The teenager had come ashore and had gone home and no further assistance was required.

The man was commended for alerting NSRI believing that his son was in trouble.

Later, at 17h36, NSRI Melkbosstrand were alerted to 2 swimmers appearing to be in difficulty opposite the Blue Peter in Bloubergstrand.  On investigation it was confirmed that both swimmers were safe and no further action was required.