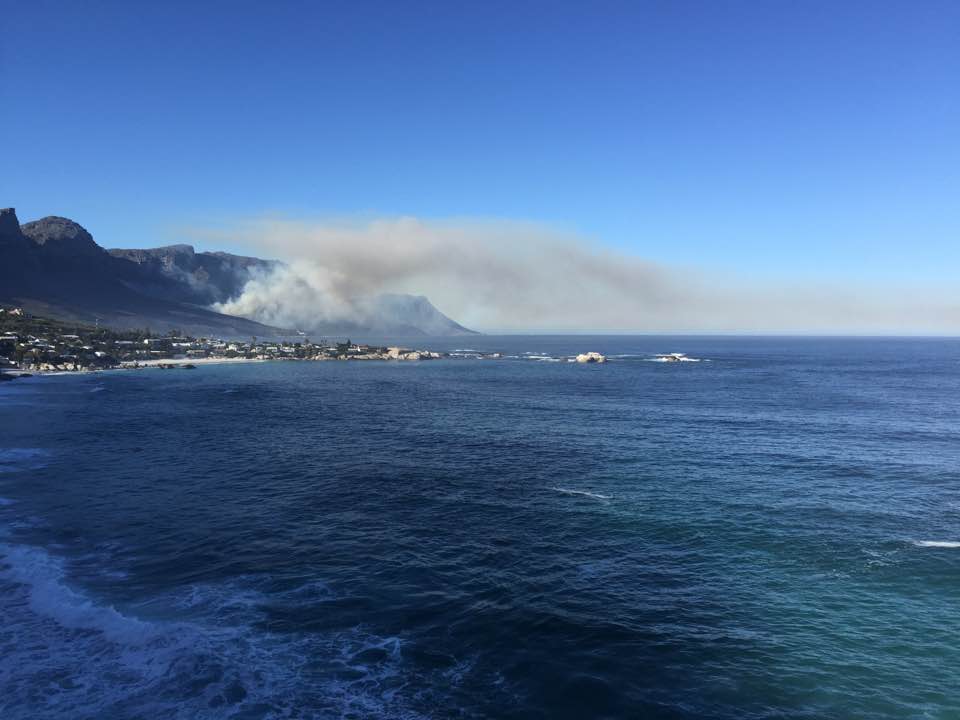 NSRI Hout Bay dispatched our sea rescue vehicle to investigate and transport coaches from Tintswalo Atlantic Lodge were being used to evacuate guests and staff from the Twelve Apostles Hotel.

NSRI were then informed that embers were falling in the vicinity of the Twelve Apostles Hotel and NSRI kommetjie dispatched their sea rescue vehicle towing their fire pump (sponsored by Enviro Wildfire Services) to the Twelve Apostles Hotel and the fire pump was set up, together with the hotels own fire extinguishers, to assist to dampen down the area and to remain on alert if the fire face reached the hotel.

Cape Town Fire and Rescue Services and VWS (Volunteer Wildfire Services), who were actively engaged at the face of the fire, were made aware that NSRI were assisting with this task of protection at the Twelve Apostles Hotel.

After a shift in wind direction NSRI’s assistance was no longer required and NSRI returned to base.

The fire pump from NSRI Kommetjie remains on-site at the Twelve Apostles Hotel in case it may be needed to assist the fire teams and NSRI remain on alert to assist if necessary.