Our sea rescue vehicle responded with NSRI rescue swimmers to join the SA Police Services and Police Search and Rescue on the scene.

On NSRI arriving on the scene Police were already in attendance and it was confirmed that the body of a 17 year old female had been recovered from the water deceased and a search by NSRI and Police for a 30 year old male missing in the surf found no sign of the man who remains missing.

The body of the female was taken into the care of the Forensic Pathology Services and Police have opened an inquest docket into this incident.

Police Search and Rescue are continuing an ongoing search operation for the missing man and Police have opened an investigation into this incident.

On arrival on the scene, a male, aged 19, a local teenager believed to be a student at a Grahamstown University, was found safe on the beach and not injured. His friend, believed to be aged in his late teens or early 20’s, a local male, was missing in the surf. NSRI believe that both males had been swept out to sea by rip currents but only the one male, the 19 year old, was accounted for and safe on the beach.

Despite a sea and shoreline search no sign of the missing male has been found and Police Search and Rescue will continue a search operation and Police have opened an investigation.

It was not clear if the missing male was also a student of the same University.

While returning to our sea rescue station NSRI Port Alfred were then requested to assist a man, who flagged down our sea rescue vehicle in the road, reporting that his wife, sister and mother had launched on a small dinghy on the Krom River and he was concerned because they had not returned and he did not expect them to be away for so long and he wished to raise the alarm.

We launched our sea rescue craft Rescue 11 Alpha to search up river and we found the 3 ladies about 8 kilometers upstream in the vicinity of Cob Hole.

It seems that the 2 horse power motor on their dinghy was no match for the Spring Tide during the incoming rising tide and they were underway and trying to get back down river and they were moving forward but very slowly.

We towed them back to the Caravan Park in Port Alfred, next to our sea rescue station, and they required no further assistance. 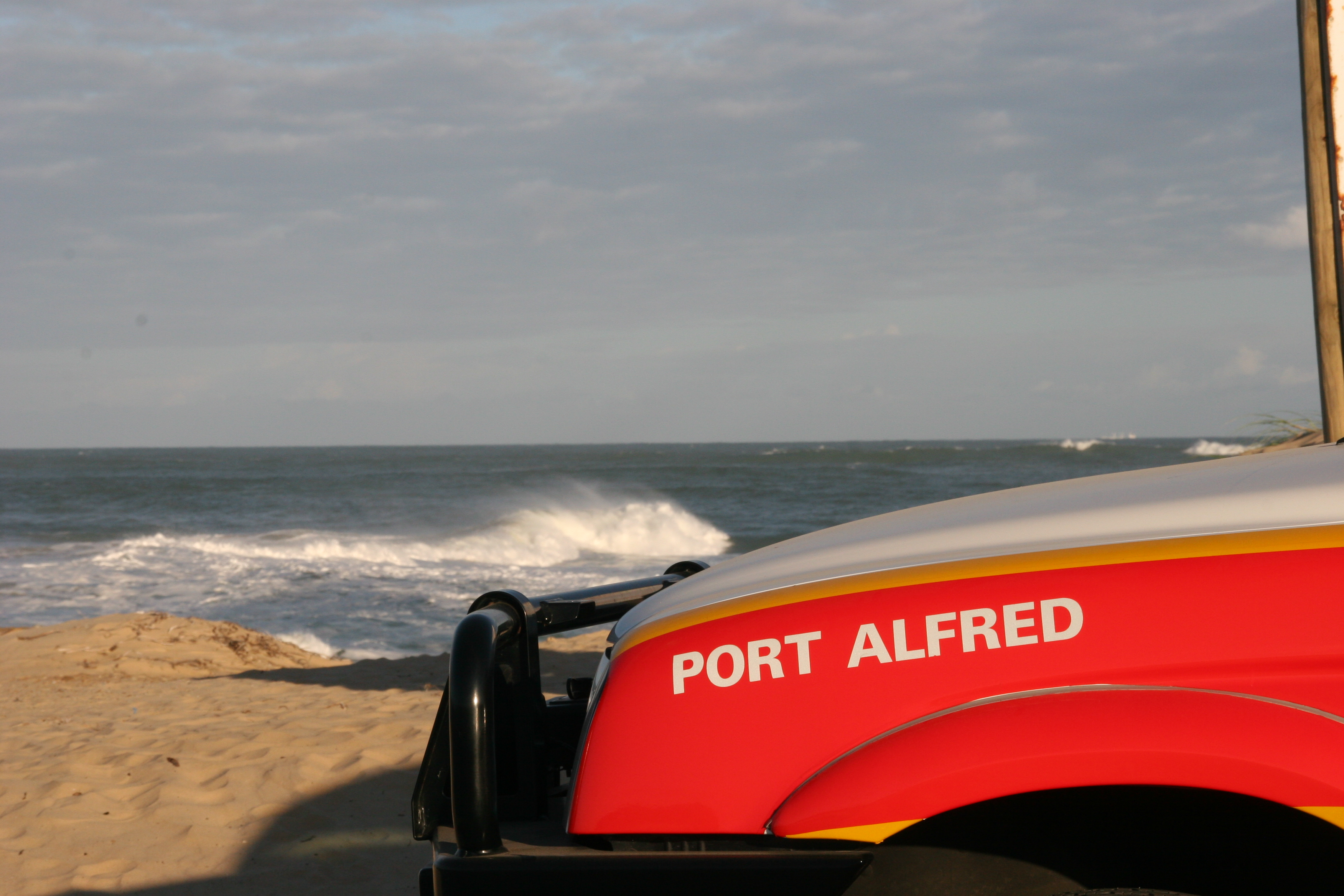