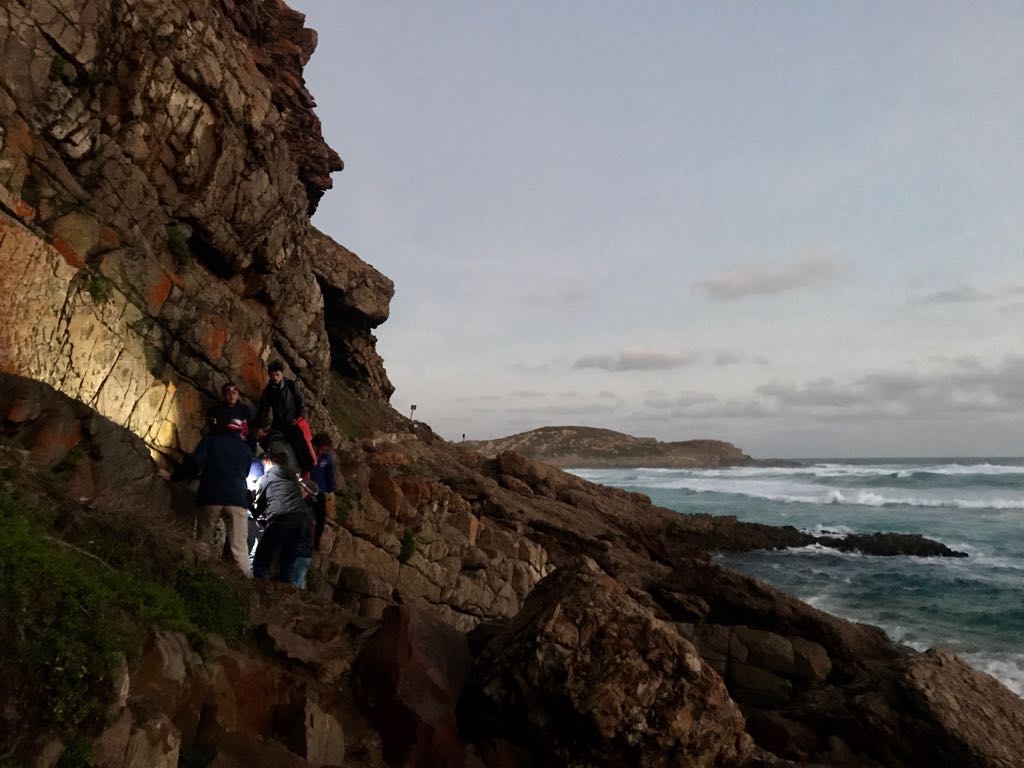 At 17h22, Wednesday, 19th July, NSRI Plettenberg Bay duty crew were activated following reports from a Chinese man that his friend, a 53 year old Frenchman, had fallen and suffered a fracture to his right leg while they were hiking on the Robberg Nature Reserve trail.

They are on holiday in Knysna.

Our NSRI Plettenberg Bay rescue crew and medics responded and hiked to the injured man and he was found to be suffering fractures to his right Tibula and Fibula sustained in a fall while hiking on the trail.

The patient was stabilised and splints were applied to the fractured leg and he was secured into a Stokes basket stretcher and hiked out of the reserve.

We were met by Med-Life paramedics while hiking to the Robberg Nature Reserve car park and on arrival at the car park the patient was transported to hospital by ambulance in a stable condition where he is to undergo surgery and he is expected to fully recover.

On arrival on the scene it was found that a group of College students, from Lusikisike, Transkei, on an educational camp, while at the beach, 3 students (believed to all be students) had been swept out to sea while swimming.

We believe that a local man, a pensioner, who has not been identified, after seeing the 3 get into difficulty he had launched into the surf and he was able to rescue 2 of the casualties and bring them safely to the shore, both the rescued men are 26 years of age.

The pensioner then went back into the surf to try to rescued the 3rd student, a 28 year old man, but the student was missing and he is believed to have disappeared under water.

One rescued 26 year old student was released on the scene following medical treatment by EMS paramedics and one rescued 26 year old student has been transported to hospital by EMS ambulance suffering non-fatal drowning symptoms and he will be observed for secondary drowning symptoms and receive medical treatment in hospital and he is expected to fully recover.

Police are investigating the incident.