During investigations it was confirmed that all but one of the fishing boats had returned safely to harbours along the West Coast and only the fishing boat (an open small Snoek fishing boat), Jayla, with 3 men onboard, remained outstanding in the vicinity of Lamberts Bay and cellphone contact with the Jayla was made and her crew reported to be close in-shore, beyond the breakers which they could hear but they could not see through the dense fog, and North of Lamberts Bay as they had originally headed in a Northerly direction earlier.

Jayla had run out of fuel by that stage and our sea rescue craft Douglas Murray towed them to Lamberts Bay without incident arriving at just after 19h00 and once safely ashore the three local fishermen required no further assistance. 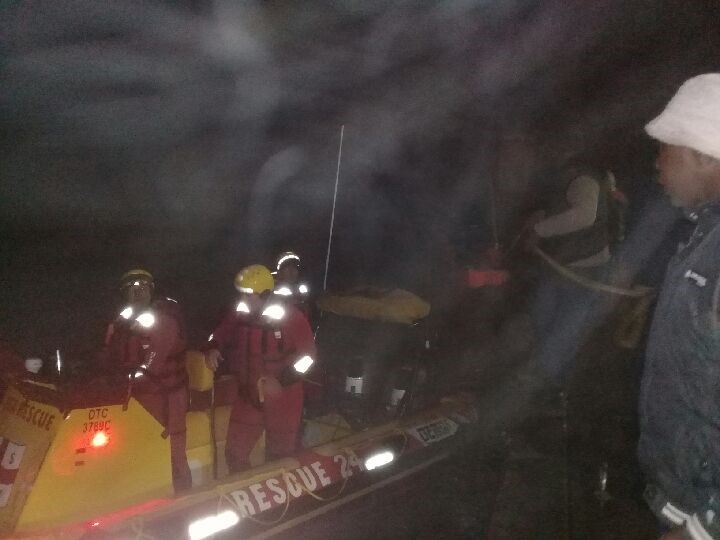