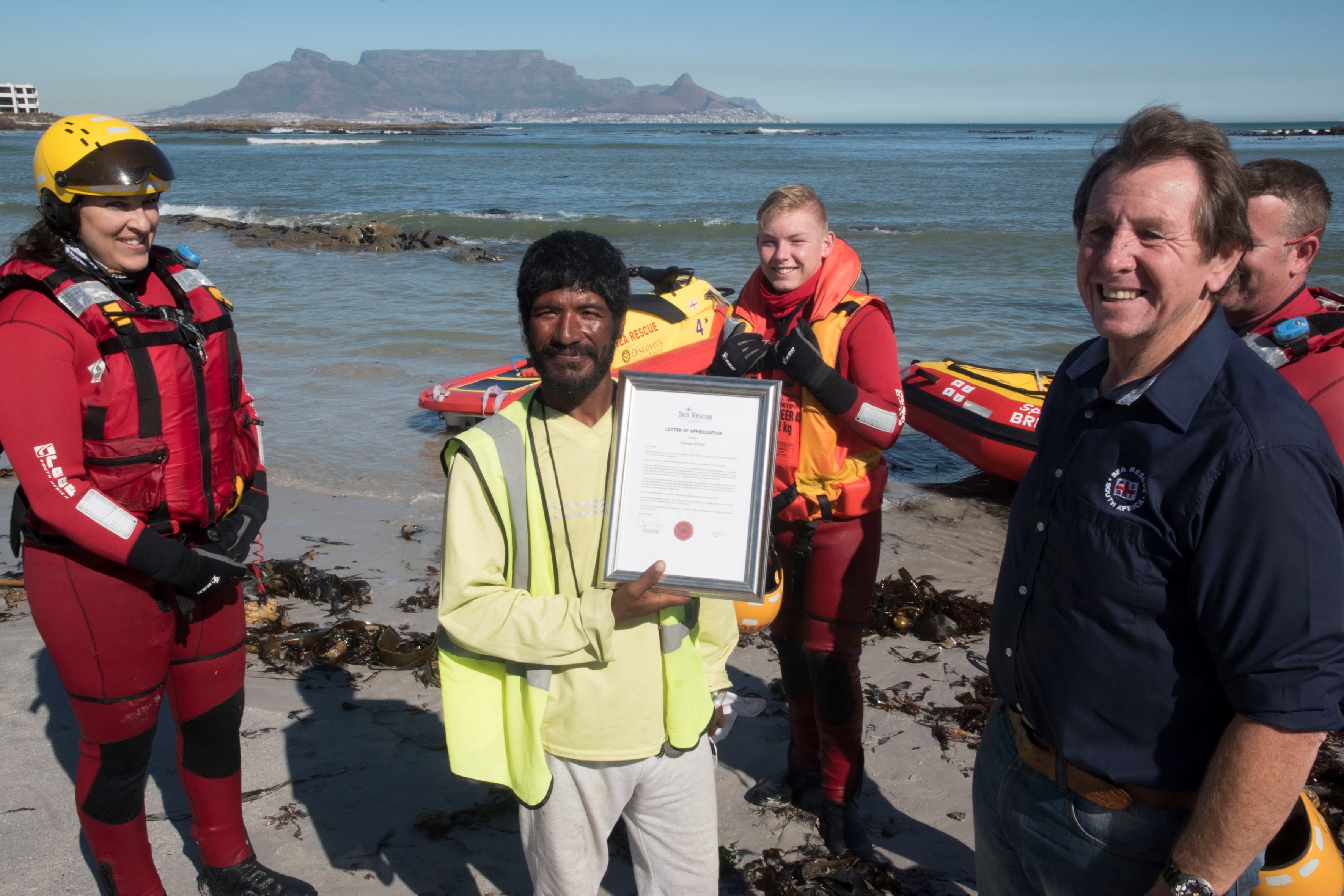 The letter of appreciation reads as follows…

“It gives me great pleasure to record our congratulations for your rescue of two young men at Kleinbaai, Bloubergstrand, on the afternoon of Friday 20 January 2017.

As a car guard you work at the Kleinbaai parking area on a daily basis and therefore know the beach well.

There was a light mist in the area that day when motor cyclist Andrew Van Der Walt arrived in the parking lot shortly after 12h00. He noticed two young men in difficulty near the small island a couple of hundred metres off the beach and shouted to you, asking if you could help them. Without hesitation you grabbed the small inflatable boat that you used for recreation and waded in to help while Andrew, dressed in his full motorcycle kit, called for additional assistance.

The two persons in the water had been caught by a strong cross current between the beach and the small island as the tide was flooding and were shouting for help while they were being washed into deeper water. Using your inflatable boat as flotation you reached the man closest to the shore and told him to hold onto the craft. You then swam to the other man and helped him also to reach your inflatable boat.

Shortly thereafter lifeguards arrived and with their assistance you got both persons in trouble ashore.

Your unhesitating willingness to help two men in difficulty in the sea, and taking your inflatable boat with you so that they could hold on to it while waiting for help to arrive, saved two lives.

To go to the aid of two people who you did not know, for no reward, is in the very best traditions of the National Sea Rescue Institute. We salute you.”

Adenaan Achmat was delighted to receive this NSRI CEO letter of appreciation today.