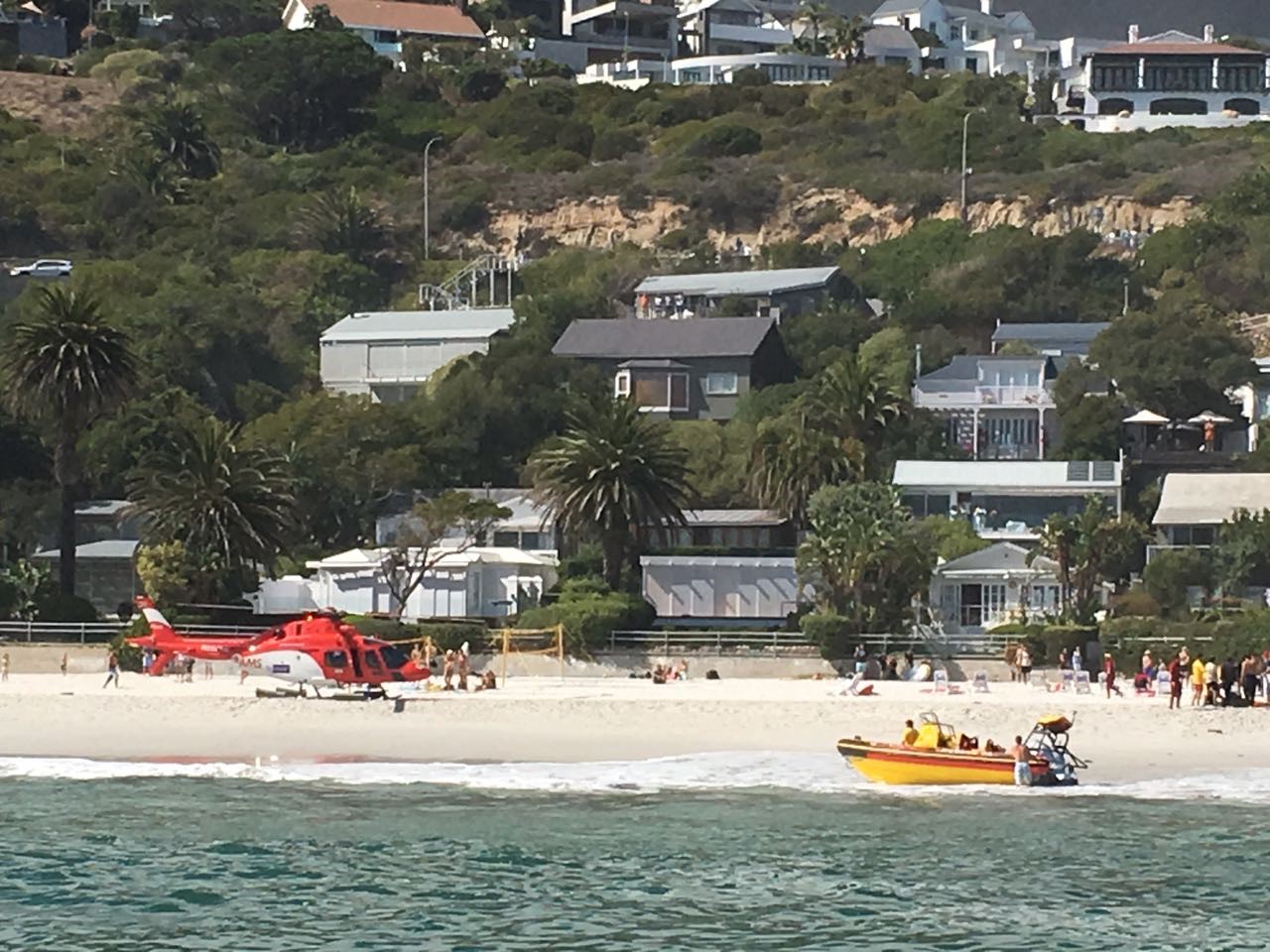 One survivor, the skipper, was reported to be on the beach and he was confirming that one male, a 34 year old local man and his crewman on the rubber-duck, was missing in the surf.

On arrival on the scene the skipper of the rubber-duck was found safe on the beach and not injured.  He confirmed that his crewman was missing in the surf after their boat capsized in heavy sea swells about 200 meters off-shore of Clifton 1st Beach.  The skipper had managed to swim to shore.

A Police Dive Unit was activated to assist.

During an extensive air, sea and shoreline search in heavy swells and breaking surf members of the public spotted the body of the missing man in the surf-line at Clifton 4th Beach and they were able to secure the body which was then recovered onto the beach where CPR (Cardio Pulmonary Resuscitation) efforts commenced by NSRI and these efforts were joined by paramedics but sadly the man has been declared deceased by paramedics.

The body of the man will be taken into the care of the Government Health Forensic Pathology Services and Police have opened an inquest docket and SAMSA (South African Maritime Safety Authority) will investigate the incident.

It appears that the crew of the rubber-duck may have been on a stand-by for a private Clifton swim after launching earlier at Oceana Power Boat Club (OPBC) before capsizing in surf-line off-shore of Clifton 1st Beach.  NSRI Table Bay are assisting to recover the casualty rubber-duck from the beach and they will tow the boat to OPBC to be recovered.

NSRI extends our sincere condolences to the family.

Pictures by NSRI Table Bay, of the scene at Clifton Beach today.