At 09h10, Wednesday, 22 March, SA Whale Disentanglement Network (SAWDN) volunteers launched from Yzerfontein harbour aboard two NSRI Yzerfontein sea rescue craft, the Rotary Onwards and the Spirit of Iffley, following reports from fishermen of a whale entangled in fishing rope lines in the vicinity of Dassen Island on the West Coast. On arrival on the scene a search commenced and a 9 to 10 meter humpback whale was found, 3.2 nautical miles South West of Dassen Island, anchored to the sea bed and rope entangled around the caudal peduncle and the flippers.

On approaching the whale, the whale snapped the rope that had anchored it to the sea bed. We were able to hook a line around the rope that was entangled around the whales tail and pull the sea rescue craft closer to the whale that had regained freedom of movement, said Steven McCue, of the Department of Environmental Affairs – Oceans and Coasts and head of SAWDN, and kegging buoys were attached to help to slow the animal down, also using the weight of the sea rescue craft that was trailing the whale.

The whale dived and it appears that some rope broke free naturally as a kegging buoy popped up to the surface that had some of the line from the whale still attached. Then on another approach towards the whale it was found that with natural movement the rest of the ropes had naturally come loose and all ropes and buoys were recovered from the water. The whale swam off strongly.

Picture by SA Whale Disentanglement Network – The first approach to the whale attaching a kegging buoy. 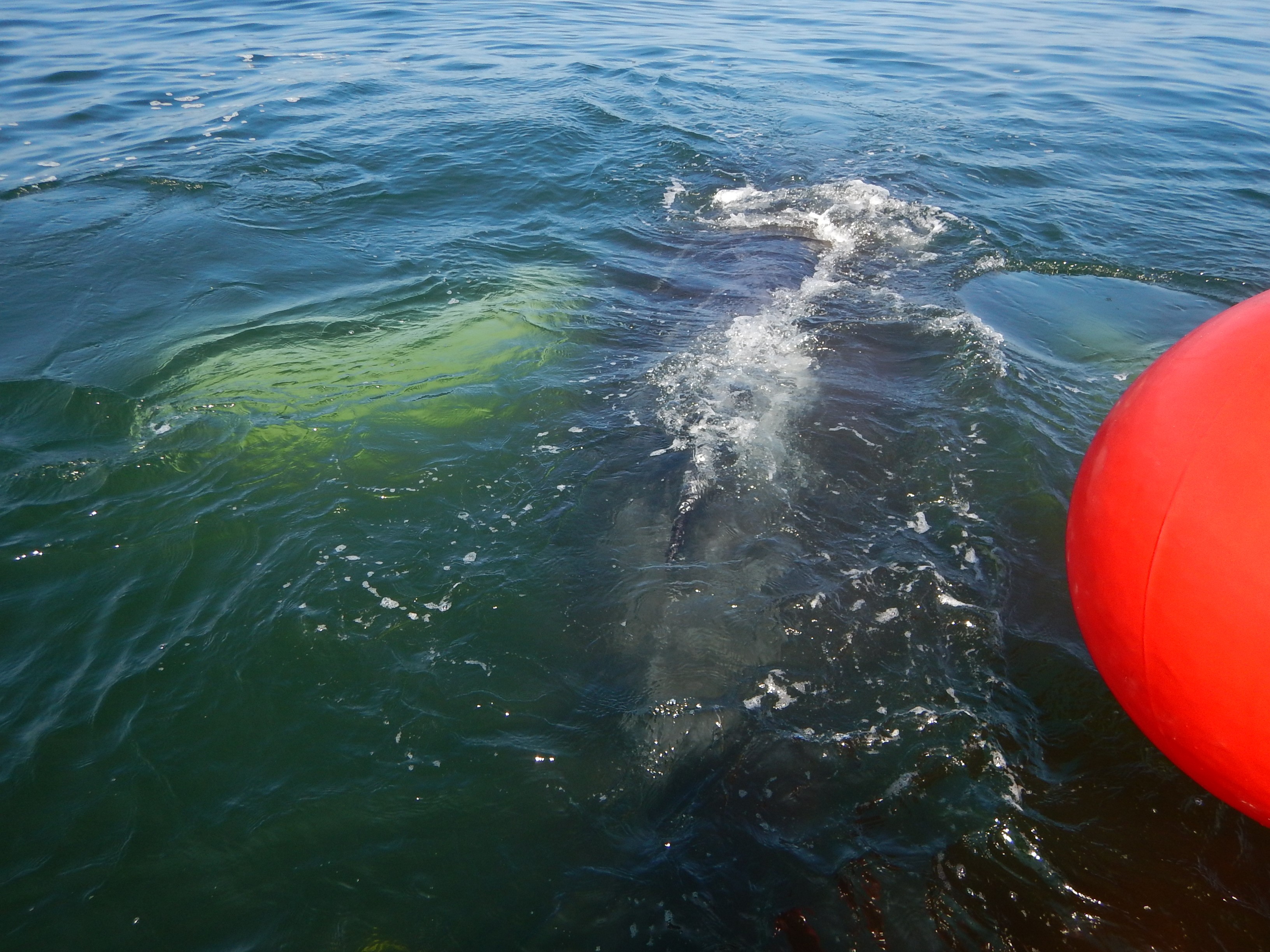