At 21h09, Saturday, 25th March, NSRI Simons Town duty crew were activated by the Transnet National Ports Authority following a request for immediate medical assistance from the fishing trawler Atlantic Hope reporting to be 40 nautical miles South East of Cape Point with a crewman onboard suffering partial amputation of his leg sustained in an accident while hauling fishing nets.

The fishing vessel was heading towards Simons Town while ships crew treated their fellow fisherman onboard who was reported to be fully conscious despite a severe left leg injury.

With rough sea conditions the NSRI rescue craft rendezvoused with the fishing vessel in the relative shelter of Buffels Bay, Cape Point, where paramedics were put onboard the fishing vessel and treatment was administered to the 25 year old Mossel Bay fisherman suffering partial amputation of his left leg below the knee. 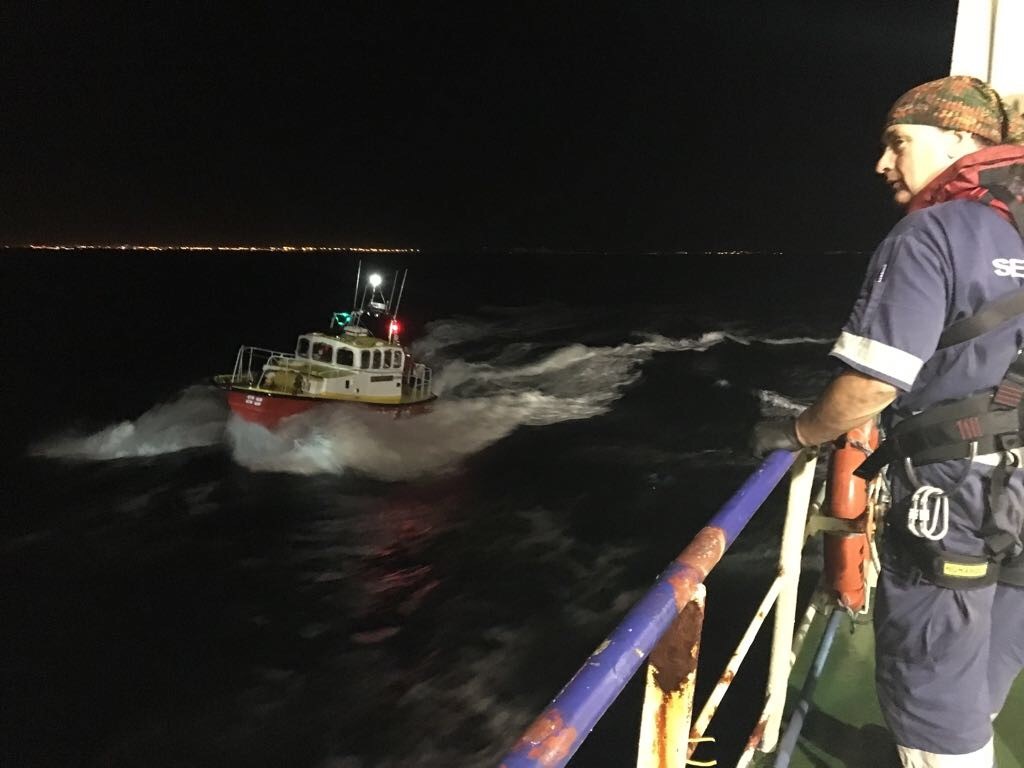 At 15h10, Saturday, 25th March, NSRI Bakoven duty crew were placed on alert after the 37 foot motor boat Bonanga, with 5 crew onboard, reported to have fouled her anchor in her motor propellors while at anchor at Clifton and although in no imminent danger they required assistance.

NSRI have kindly been added to a local boating network whatsapp group and we requested boaters that were at Clifton at the time to keep an eye on Bonanga while a plan was being made to assist them.

NSRI’s Honorary Life Governor, Howard Godfrey, on the water at the time on his private boat Gemini One and in the vicinity, with NSRI’s former CEO Ian Wienburg and NSRI board member Rob Stirrat onboard, offered to tow the casualty boat to her mooring at Granger Bay.

A towline was rigged from Gemini One and the casualty boat was towed by Gemini One to Granger Bay without incident and moored and no further assistance was required.

NSRI Bakoven remained on alert until the tow operation was completed and the crew of Gemini One are commended for their assistance.