At 18h59 on Sunday the 19th of March, NSRI Table Bay duty crew were activated by the Transnet National Ports Authority (TNPA) following a request for assistance from the passenger ferry Queen Victoria, with 32 passengers and 2 crew onboard, reporting to be adrift in the Port of Table Bay channel after a shaft coupling appears to have come loose causing motor mechanical failure.

The Sea Rescue craft Spirit of Vodacom was launched and on arrival on the scene the ferry was found washing against the Breakwater wall. The ferry Tommy the Tug Boat was in attendance.

Two crew members from Tommy the Tug had boarded Queen Victoria to assist.

The sailing motor yacht Spirit of Victoria had also arrived on the scene to assist and they had taken Queen Victoria under tow and were towing her away from the Breakwater towards deeper water.

Our sea rescue craft took over the tow and we towed the ferry to her mooring where all passengers were safely evacuated without incident and no injuries were sustained to passengers or crew of Queen Victoria.

One of the crew members from Tommy the Tug, that had boarded Queen Victoria, was treated for a leg injury by ER24 paramedics (from the Waterfront First Aid Rooms) and no further medical assistance was required.

It was then evident that Queen Victoria was taking on water, suspected to be from damage that may have been sustained to the Starboard Bow when the ferry drifted up against the breakwater, and to save the casualty craft from sinking, NSRI then towed her to the NSRI Table Bay rescue base where she was cradled and out of harms way. The owners will arrange to have the casualty craft removed and repaired. 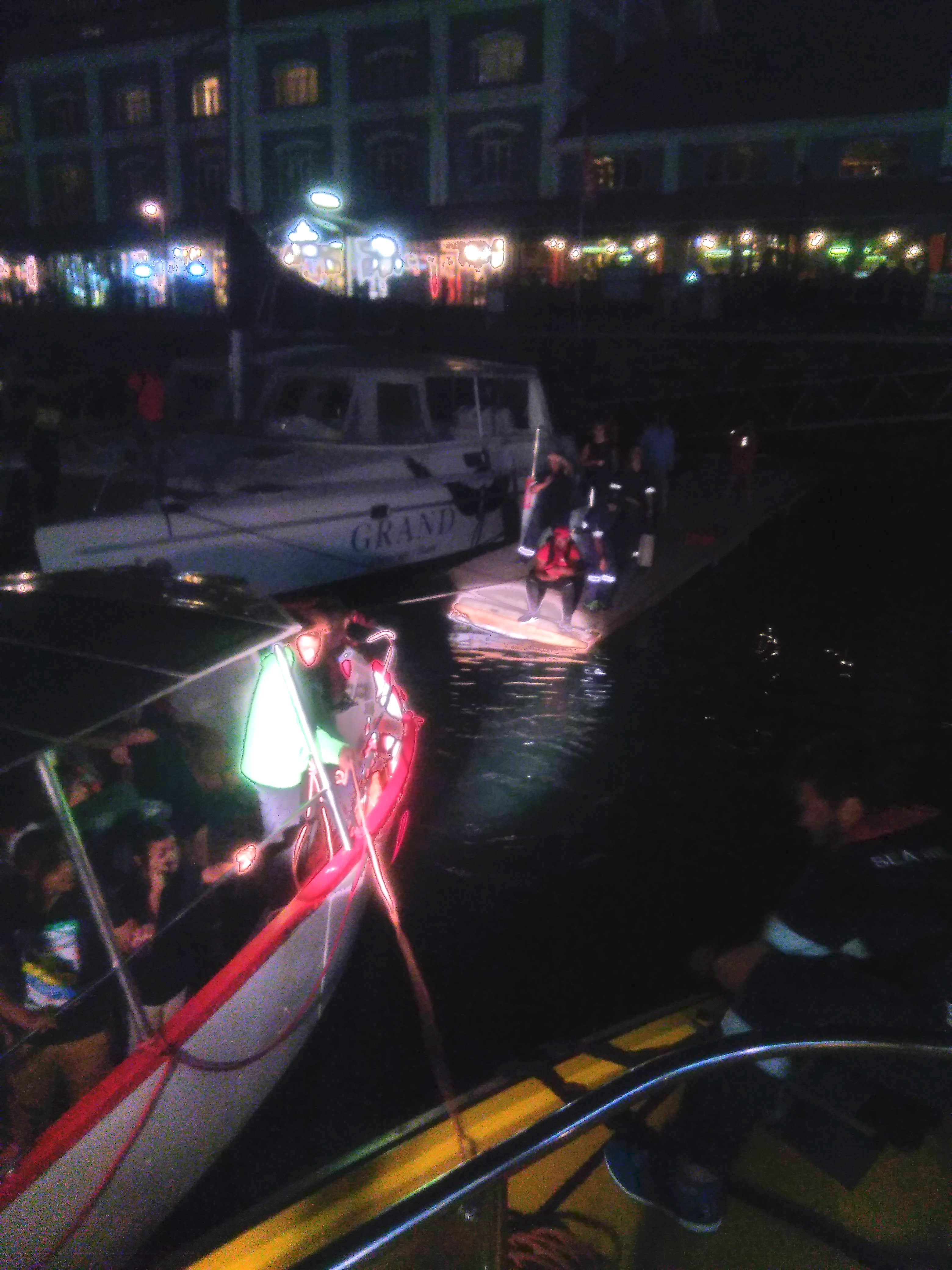