Congratulations to our winners in the Annual NSRI Double Mitsubishi Car Promotion for 2016 that took place on Friday, 13th January 2017. 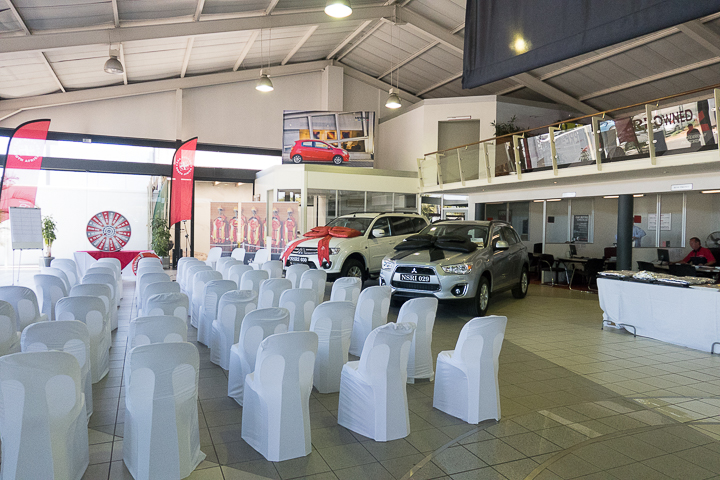 The grand prize of 2 Mitsubishi vehicles; A Pajero Sport 2.5 and an ASX 2.0L (Classic) was won by Jan Greyling from Sandton, Gauteng.

The second prize of R250 000 was won by Mrs Edith Goodall from Midrand, Gauteng.

And Bruce Thompson from East London took the third prize of a ‘holiday of your dreams’ for two people to the value of R80 000 at the ceremony held in the Mitsubishi showrooms in Paarden Island.

The R100 000 annual cash prize for the NSRI Debit Order Promotion was won by Debbie du Preez from Joburg.

We would like to thank everyone who supported Sea Rescue in 2016 and good luck for 2017!

Entry into the 2017 Car Competition will cost R695 per ticket and the Debit Order Competition costs as little as R50 per month for two tickets with 5 winners drawn every month; each winning a cash prize of R10 000.

Please note that when buying a ticket you can allocate your contribution to.the rescue base or project or your choice.  Entries do not qualify for a SARS18A certificate.