We rendezvoused with the ship 7 nautical miles off-shore, in rough 2 meter sea swells and a gusting 30 knot South Westerly wind.

The injured crewman was transferred onto our sea rescue craft in a chair harness and in the care of the paramedics we brought him into port and he was transported to hospital by EMS ambulance in a stable condition.

The sea rescue craft Spirit of Day was launched and an extensive search commenced.

After no sign of (reported to be) 3 SUP’s could be found NSRI Bakoven were activated to join NSRI Table Bay in the ongoing search but prior to the NSRI Bakoven sea rescue craft Rotarian Schipper being launched the 3 SUP paddle boarders were found by NSRI Table Bay safely ashore in Bloubergstrand.

They had no idea that a search had been launched for them reporting to have been on a “downwind paddle” that they regularly launch to do when wind conditions are favourable for their sport.

The three men will endeavour to let NSRI know when they launch in similar circumstances. NSRI commend the eye-witnesses, who were confident that the men looked to be in trouble, for alerting the NSRI.

At 17h50, Monday, 09th January, NSRI Mykonos duty crew were activated following reports of a kite-surfer suspected to be in difficulty in the Langebaan Lagoon.

While preparing to launch our sea rescue craft we were informed that the kite-surfer was safely ashore and no further assistance was required.

Then at 20h27 we were activated following reports of a SUP (Stand Up Paddle boarder) reportedly in difficulty on the Langebaan Lagoon off the Friday Island restaurant.

Eye-witnesses had lost sight of the paddle boarder in the dark.

We treated him for mild hypothermia and once re-warmed he required no further assistance. 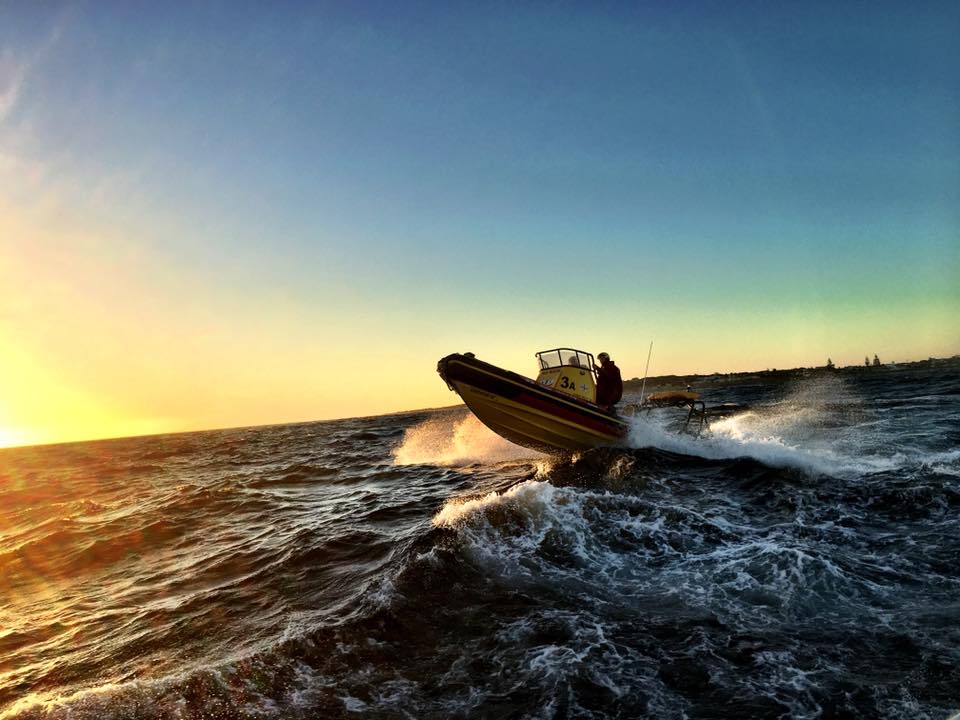