The Sea Rescue craft Spirit of St Francis II was launched and rendezvoused with the casualty off-shore of Oyster Bay. 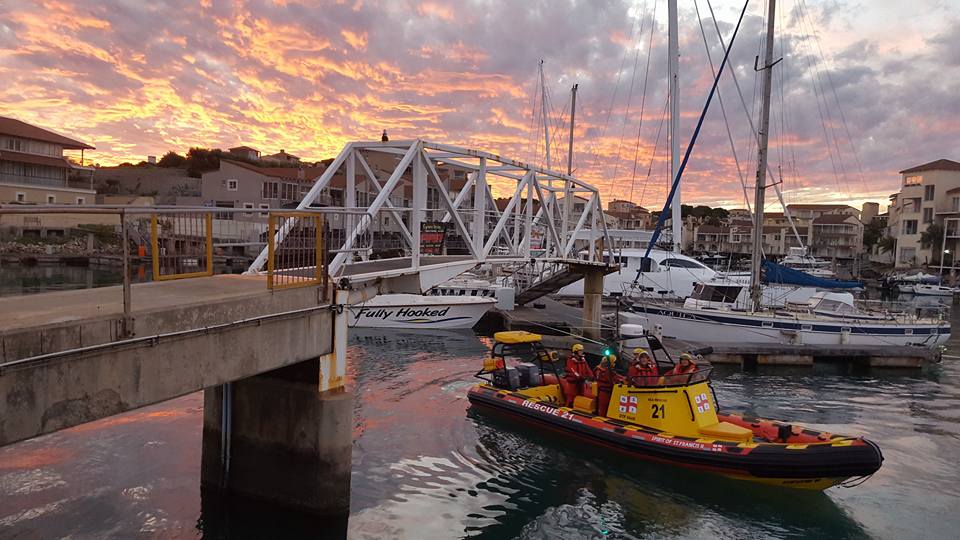 At 12h01, Tuesday, 18th October, NSRI Kommetjie duty crew were activated following eye-witness reports of a kite-boarder in difficulty about a nautical mile off-shore of Kommetjie.

Two kite-boarders were sailing off-shore of Kommetjie when one kite boarder lost his kite-sail and he appeared to be trying to paddle towards shore on his kite-board.  The second kite-boarder got to shore safely.

The rescue swimmer on scene  swam out to the casualty, a local Kommetjie resident, 48 year old Pierre Cimma, and reaching him 200 meters off-shore found him to be paddling well towards shore using his kite-board as floatation and swam with him until we reached the shore safely.

He required no further assistance.  NSRI Hout Bay searched for his kite and following a brief search his kite was located and recovered at sea and the casualty will arrange to collect the kite at NSRI Hout Bay sea rescue base.  The seal snorkeling boat Animal Ocean’s crew were commended for responding as back up while the rescue progressed.