NSRI Plettenberg Bay medics stabilised the man, believed to be a Municipal employee.

WC Government Health EMS responded and took over care of the man who was transported to hospital by EMS ambulance in a stable condition for further treatment.

On arrival on the scene the hobie-cat was towed to shore by NSRI without incident and no further assistance was required.

At 08h47, Sunday, 30th October, NSRI Witsand duty crew were activated following information received from the Transnet National Ports Authority (TNPA) of a man reported to be missing after being suspected to have gone overboard the fishing vessel Amstel Diep in the early hours of Sunday morning off-shore of the De Hoop Nature Reserve between Agulhas and Witsand.

It is believed that the fisherman was not wearing a life-jacket and that he was noticed missing from the fishing vessel during the early hours of the morning by fellow crew prompting them to raise the alarm with Telkom Maritime Radio Services reporting that they suspected that he had gone overboard from unknown causes.

The fisherman is missing and is presumed to have drowned.

Police have opened an investigation. 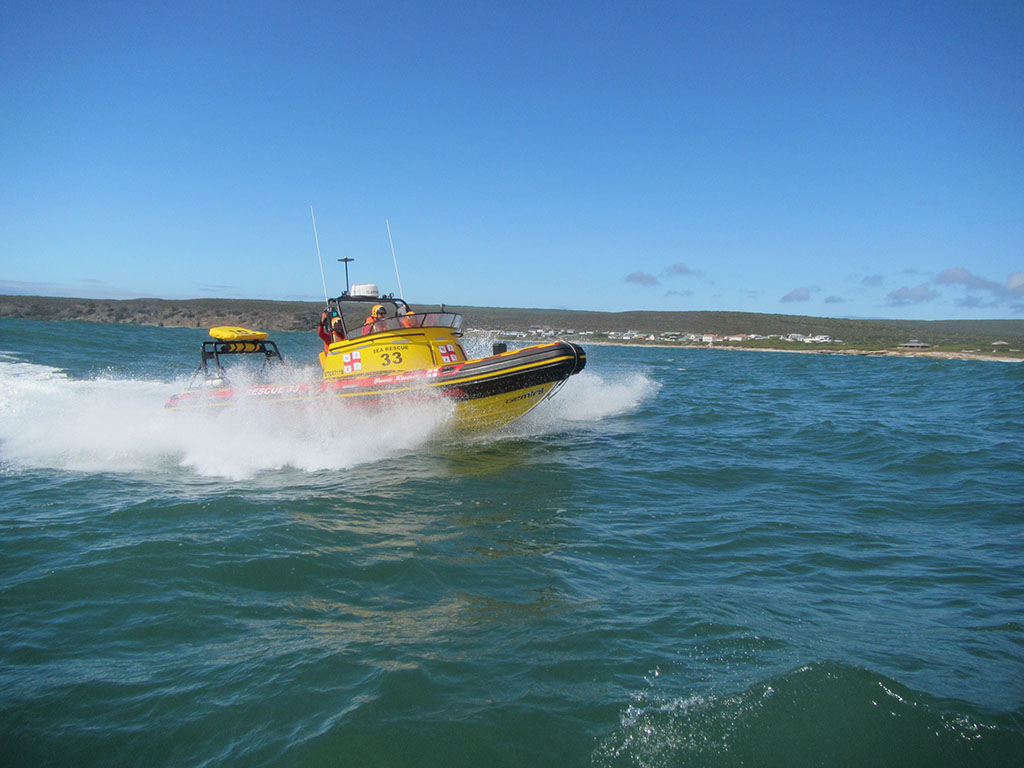