You can watch the short video of the whale disentanglement on YouTube by clicking here. 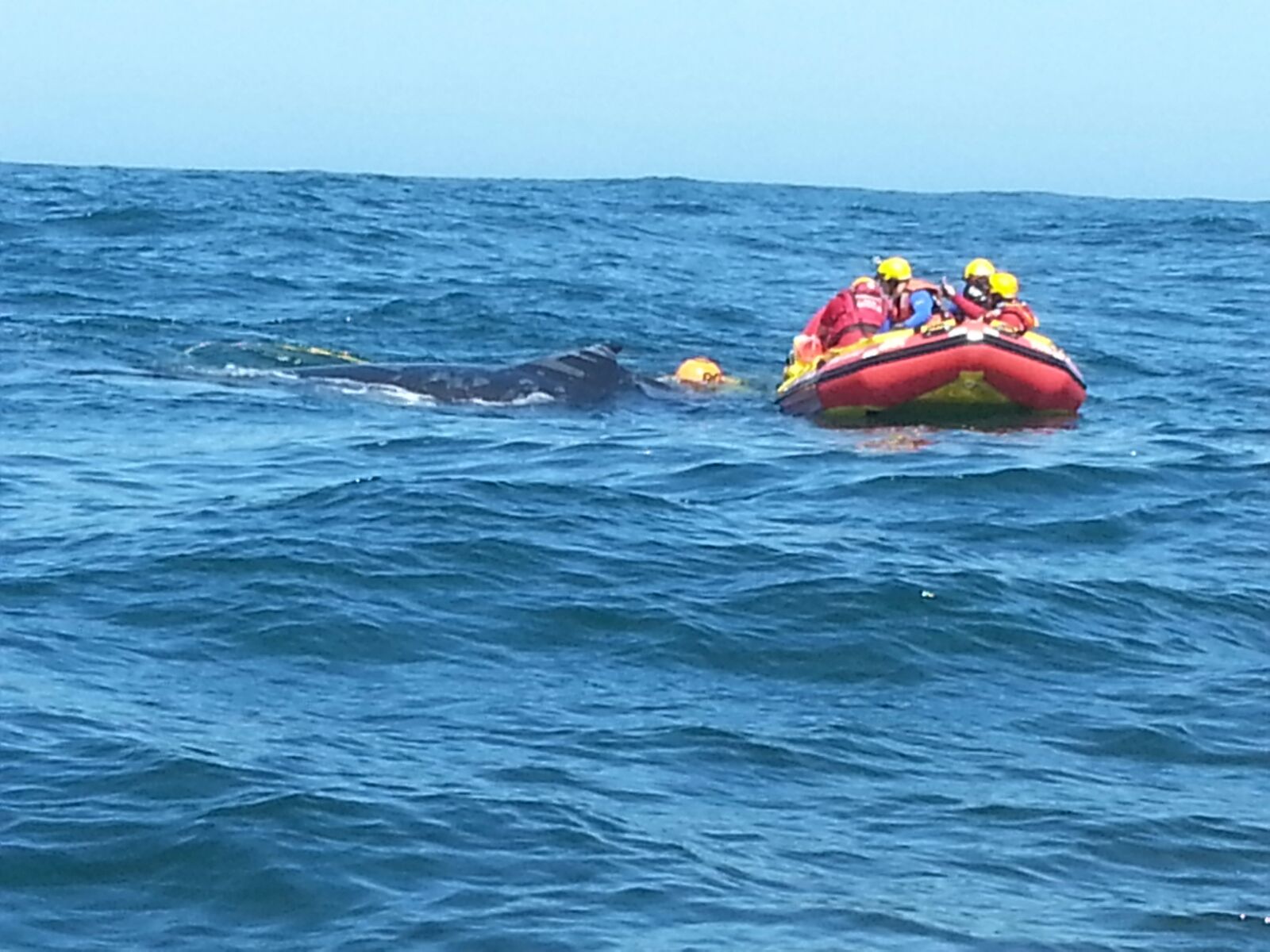 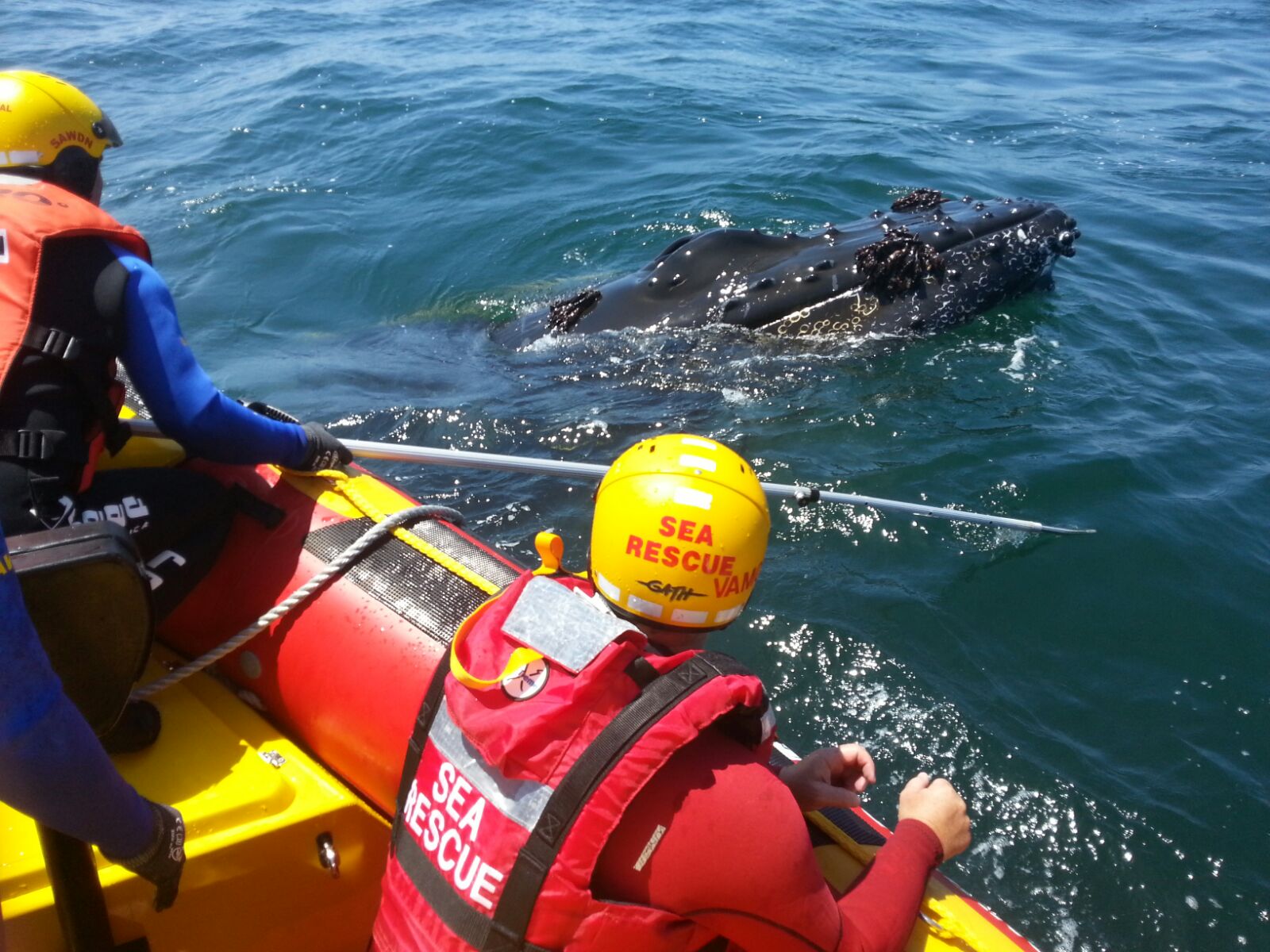 On arrival on the scene a search commenced and a 7.5 meter juvenile Humpback whale was found, 3 nautical miles South South West of the initial reported sightings. The whale, despite having freedom of movement, was found to be heavily entangled in multiple thick fishing rope and lines with a rope line running through the whales mouth, a rope line around the right flipper, and multiple rope lines wrapped tightly around the tail stock.

During a further search the second whale, an 11 meter sub adult Humpback Whale, was located with thick rope lines attached to the left flipper and wrapped tightly around the tail stock.  A disentanglement operation commenced, hampered by the whale being trapped to rope line running to fishing gear anchored to the sea floor at a steep angle, with the whale barely able to surface for air. Two floatation buoys were attached to the left flipper.

The rope line causing the entrapment was cut first and although the whale was free to move it appeared that the whale may have assumed that it was still trapped to the ocean floor as the whale remained in the same place not attempting to swim off.  This gave SAWDN volunteers the opportunity to cut further rope line free.

With almost all of the rope lines cut free from the whale only some rope line remained where a small gash in one flipper held rope attached in the gash but it is strongly suspected that the rope will fall free with the natural movement of the whale.

An action camera was used to film the whale underwater to assess if the whale was free of the entrapment and SAWDN are satisfied that the whale is free. The whale appeared to be healthy and swam off strongly. SAWDN are confident of the whale’s survival.

Head of SAWDN, Mike Meyer, of the Department of Environmental Affairs – Oceans and Coasts, said that these two disentanglements operations today are amongst the three most difficult disentanglements that SAWDN volunteers have experienced to date.

An action camera, a specialised cutting blade and two of the long cutting poles were lost to the sea during the operation today but despite this set-back to SAWDN the operation was hugely successful under trying circumstances, said Mike. 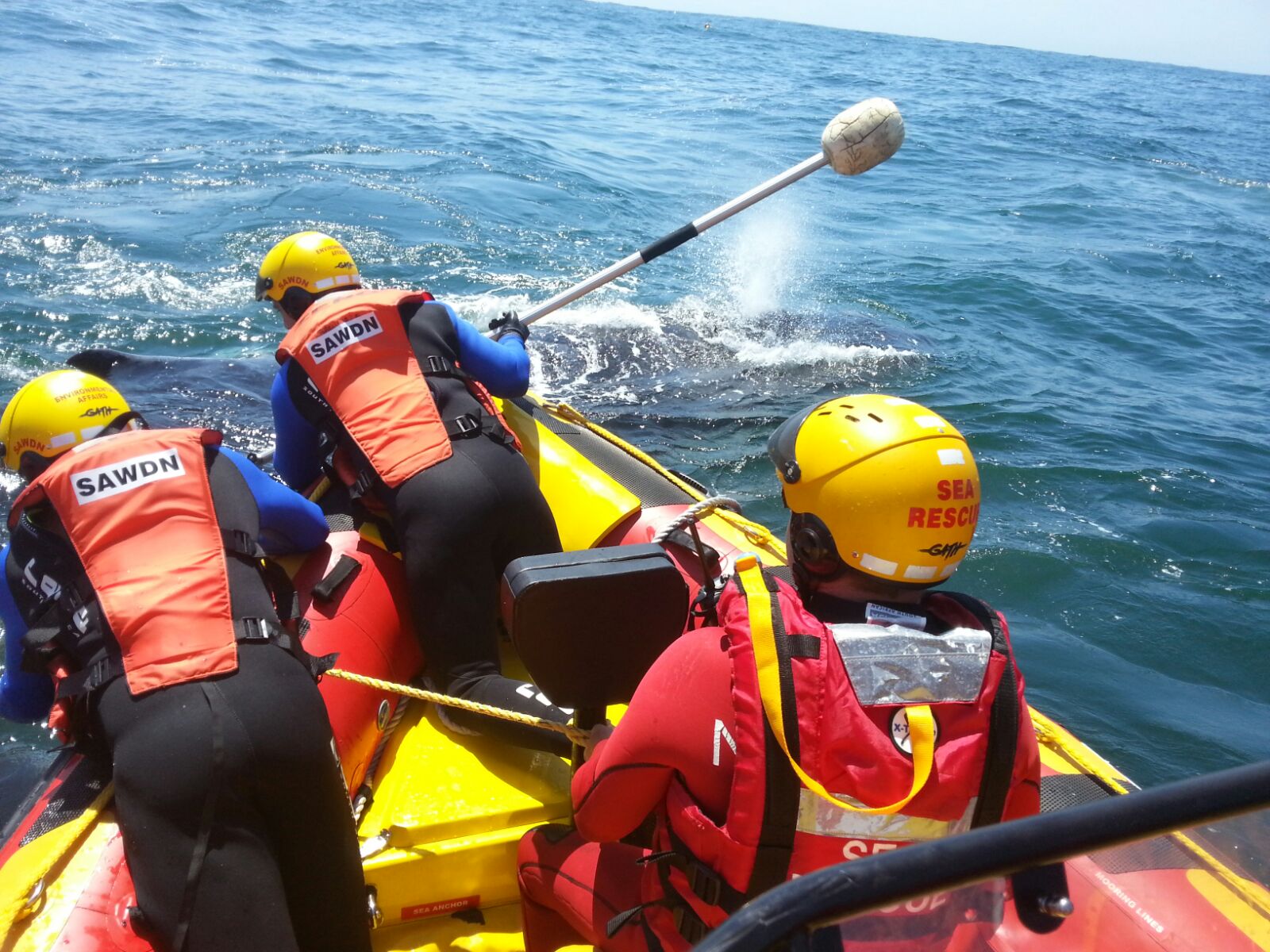