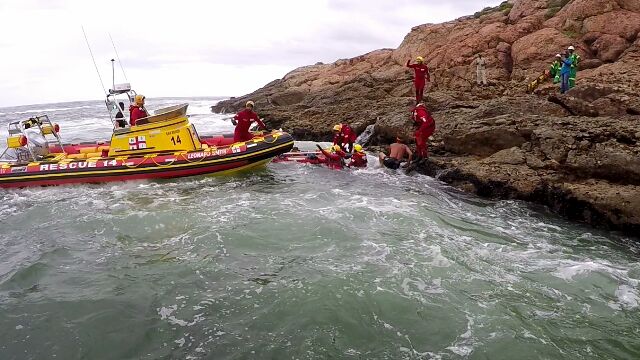 On arrival on the scene we sent rescuers ashore and they hiked approximately 3 kilometers to reach the casualty who was treated for an injured right knee.

The AMS/EMS Skymed rescue helicopter was activated but due to fog restrictions limiting the aircraft from approaching the scene a helicopter rescue operation was aborted.

He was brought to our sea rescue base aboard our sea rescue craft and transported to hospital in a stable condition by EMS ambulance. The man is expected to make a full recovery. 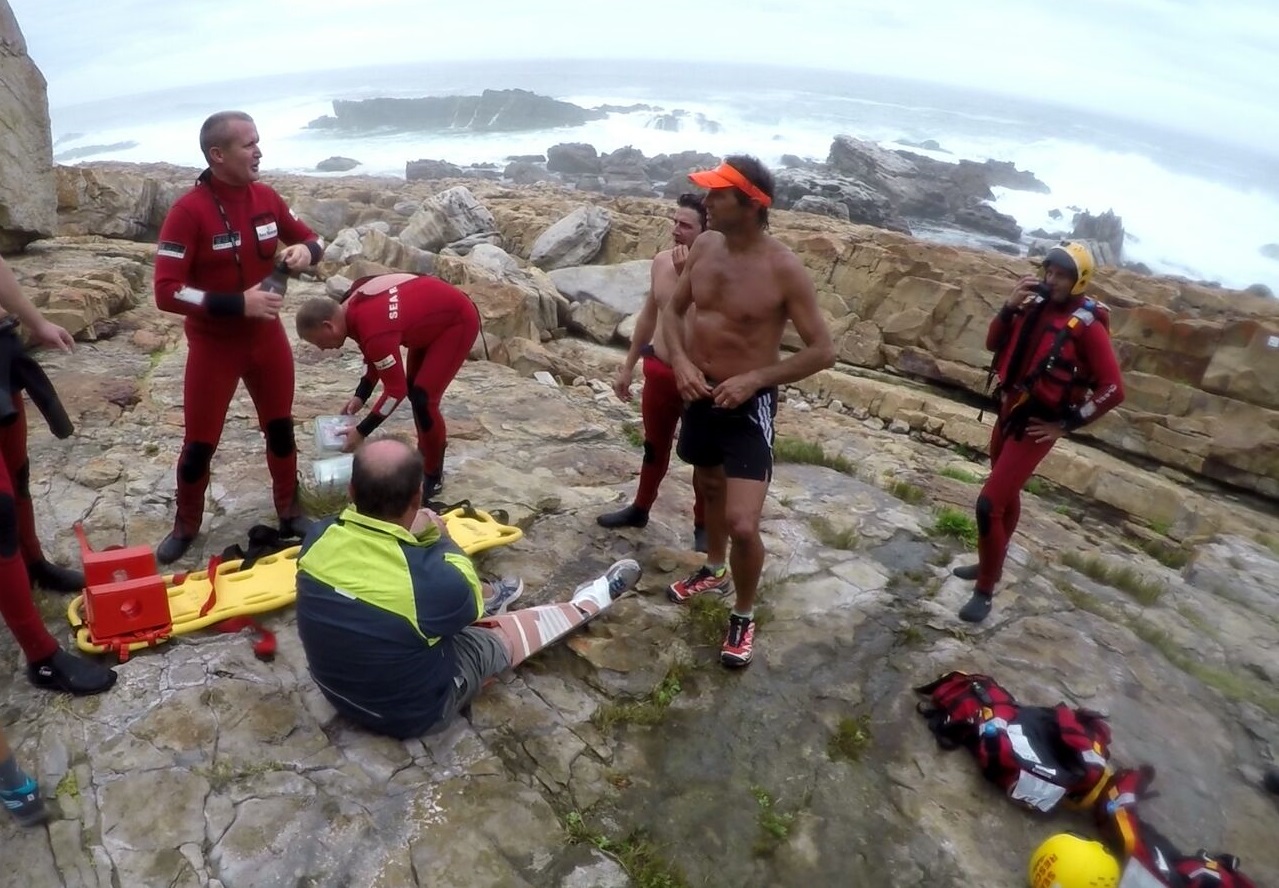 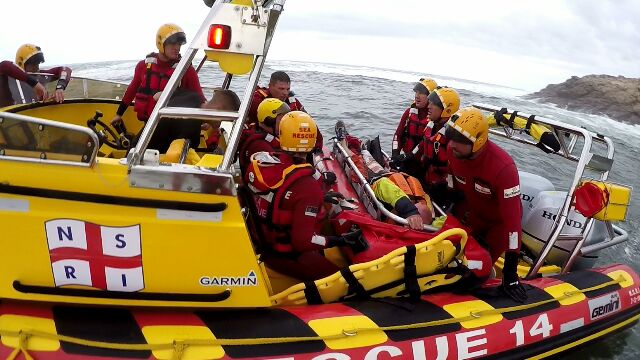