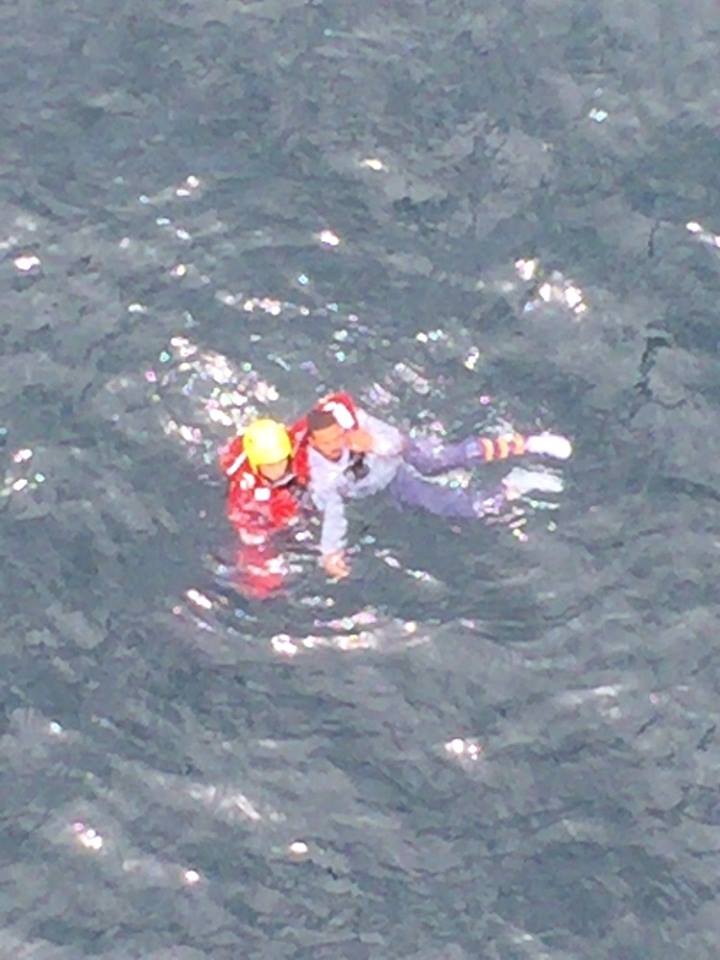 Casper Frylinck, NSRI Mykonos station commander, said: At 00h41, Tuesday, 01 December, NSRI Mykonos were called by family of fishing crew who were reportedly out crayfishing on a boat and suspected to be off-shore between Veldrift and Elands Bay but overdue and family were not able to reach them by phone and family had started to look along the coast for the missing fishermen.

The 3 fishermen, from Paternoster, on a 5 meter Crayfish Dinghy, had launched at Paternoster to go crayfishing and eventually, during the early hours of the morning, they were reached by family by cellphone and they reported to be lost with motor failure and although safe on their boat they were adrift at sea.

At 05h00 NSRI Mykonos duty crew were activated by the Transnet National Ports Authority (TNPA) to begin a search grid pattern identified by MRCC (Maritime Rescue Coordination Centre) as the most likely area where the fishermen were. Communications were assisted by Telkom Maritime Radio Services.

The SA Police Services joined in the search and in comforting concerned family members in Paternoster.

NSRI Mykonos launched the sea rescue craft Gemini rescuer II at Veldrift searching a sea search towards Elands Bay and back towards Veldrift but no sign of the fishermen could be found and it appeared from cellphone communications with the fishermen that they had lost direction and could not pinpoint where they were.

As the search progressed without result MRCC authorised an SA Air Force 22 Squadron Oryx helicopter accompanied by NSRI ASR rescue swimmers which joined in the search.

During the search the fishing boat with all three fishermen onboard was located 6.4 nautical miles off-shore of Veldrift by the helicopter crew.

NSRI rescue swimmers were deployed from the helicopter into the water and in relays all three fishermen, a 24 year old skipper and his two 26 year old crewmen, were hoisted into the helicopter and they were airlifted to shore and then transported by NSRI to Paternoster where they were reunited with their relieved families.

They were not injured but WC Government Health EMS paramedics were on hand to medically check the three fishermen.

The NSRI Mykonos sea rescue craft towed the casualty boat to Paternoster and no further assistance was required.

All services involved are commended for the effort employed to successfully find all three fishermen safe today.

Pictures are loaded to FLICKR link on  www.nsri.org.za for media use.