Stephen Slade, NSRI Port Alfred deputy station commander, said: At 08h08, on Friday, 06th November, NSRI Port Alfred duty crew were activated following reports of a Bush Buck seemingly trapped in the water between the Canal and the Marina, on the Kowie River.

Marina Security had gone to investigate after the buck was sighted in the water and back-up was being requested.

On NSRI’s arrival it appeared that the buck, a juvenile Ram, had been trying to get up the steep slope to get out of the water but it was not clear what led to the buck being there.

Although attempts were being made to reach conservationists to come to assist an NSRI volunteer, familiar with animals, was concerned for the bucks safety and well being and the decision was taken, with the NSRI volunteers animal expertise, to secure the buck as quickly as possible and attempt to take the buck upstream to be released back on land and out of danger.

NSRI volunteers secured the buck, which was covered in blankets to reduce anxiety, and loaded onto the sea rescue craft Rescue 11 Alpha and taken upstream where it was released back onto land and the buck ran off confidently appearing to be no worse off despite the ordeal.

While returning to base, approximately 3km upstream on the Kowie River, our attention was hailed by a man on the river bank calling for help.

On investigation we found a 24 year old local man on the river bank suffering injuries from an apparent assault sustained the night before.

The man had reportedly fled from a group of men who had allegedly assaulted him the night before on the river bank escaping the assault by swimming across the river.

He was suffering multiple injuries and he was brought aboard the sea rescue craft and treated by NSRI medics and brought to our sea rescue base where we were met by Police and Guardmed ambulance services and the patient was handed into their care and transported to hospital for further treatment.

Police are investigating a case of assault. 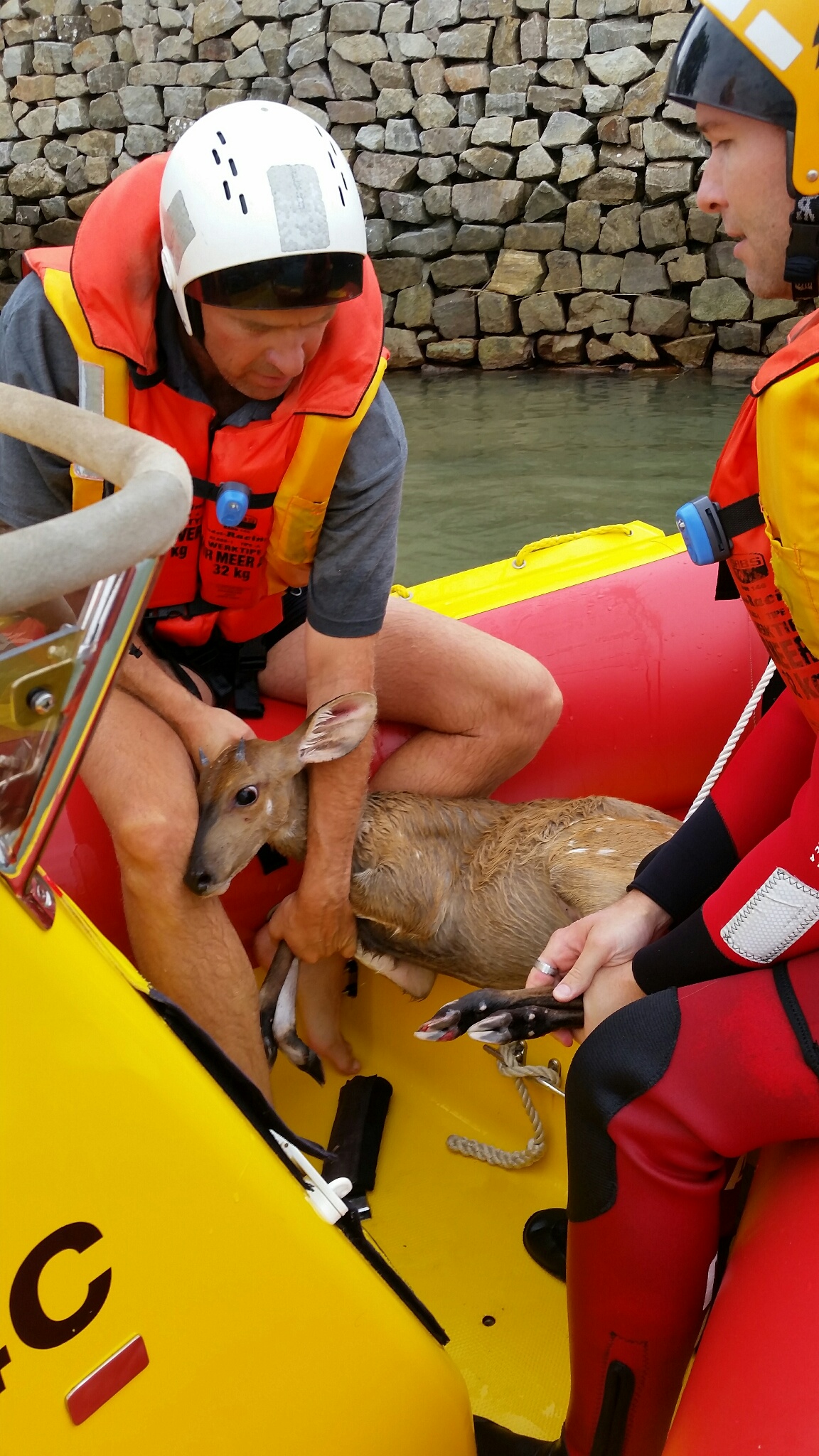